(Minghui.org) Falun Gong practitioners from the Greater Washington D.C. area, including Maryland and Virginia, held a series of activities in May introducing this ancient Chinese cultivation practice to the public and calling for support to stop the persecution of the practice in China.

Practitioners participated in the Memorial Day parade on May 25, 2016 in Rockville, MD, with 70 other ethnic groups, which attracted many spectators. 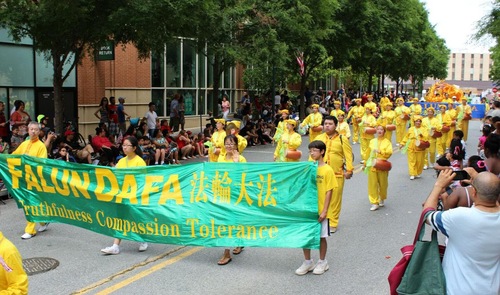 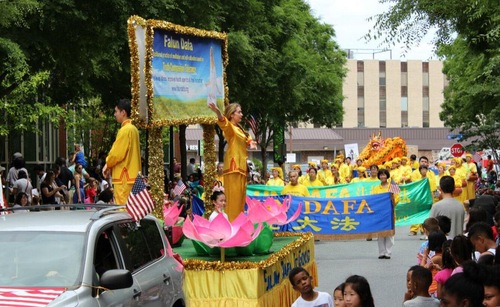 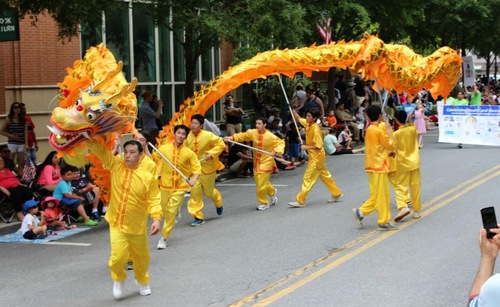 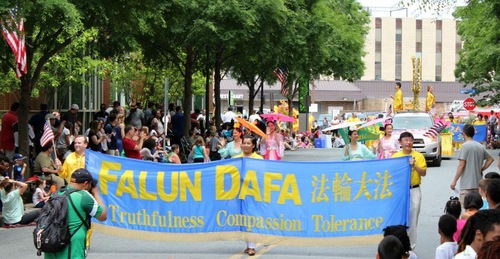 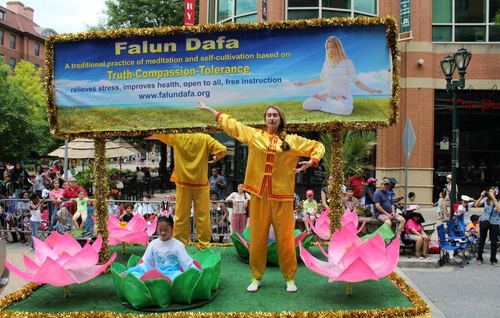 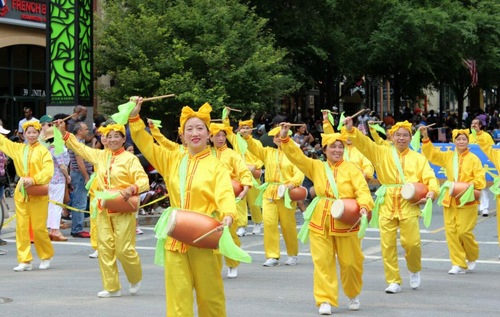 Falun Gong entry in the parade consists of a lotus flower float, a “celestial maiden” dance team, a waist drum troupe, and a dragon dance team.

Barbara Wayner from Michigan was visiting her daughter. She was glad to see Falun Gong in the parade. “I like this group. You can feel the peacefulness from them. It is wonderful,” she said, “My niece lives in China, and I like Chinese culture. My granddaughter also likes the gentle movements on the float. She imitated their meditation.”

Residents from the nearby town, Falls Church, VA, who are no foreigners to the Falun Gong group which have participated in many types of community events, also watched the parade.

Practitioners demonstrated exercises outside of the aquarium in Baltimore on May 28, a famous tourist spot. Some people learned the exercises, and many signed a petition to support Falun Gong's peaceful resistance of the persecution in China. 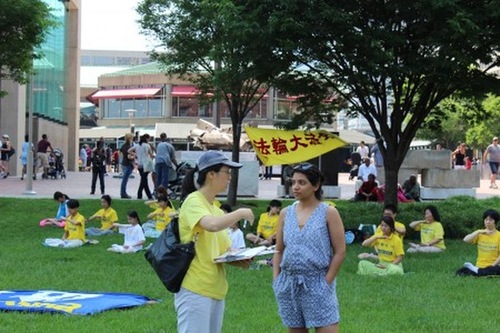 A practitioner tells a passerby about the persecution of Falun Gong in China in front of the aquarium. Behind them is a group of practitioners demonstrating the sitting meditation.

Falun Gong practitioners Dr. Yao and Nicholas Zifcak were invited to introduce Falun Gong on May 23 at a celebration of the Asian-Pacific American Heritage Month held by the Walter Reed Army Institute of Research and Naval Medical Research Center. They demonstrated the exercises and played a short introductory video. 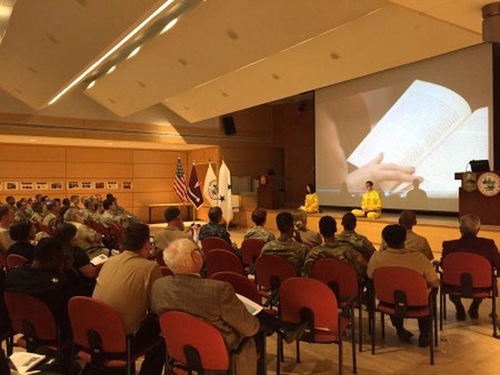 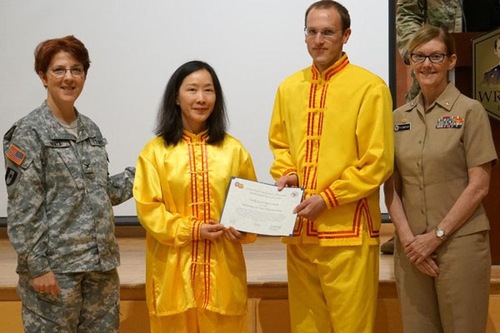 Colonel Dana Renta and Colonel Jacqueline Rychnovsky, the leaders of the institutes issued an appreciation certificate to practitioners, in which the military officials said that Falun Gong demonstrates the rich content of traditional culture, and practitioners' contribution to the society resonates with the traditional values of the U.S. military.

Practitioners were invited to demonstrate the Falun Gong exercises on May 21 at a medical and healthcare luncheon held in Baltimore. 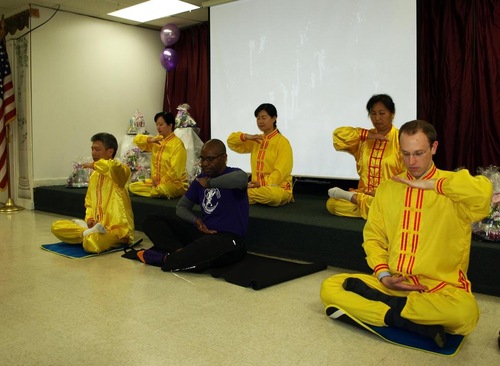 A local physician (middle) learns the exercises at the luncheon.

Dr. Kathy Cornelius, the host at the luncheon said that she had never seen the Falun Gong exercises before, but she could tell that the gentle movements help to improve the body and mind.

Falun Gong practitioners’ positive contributions to the community have been well recognized in Maryland. In May, numerous federal level senators, congressmen, state representatives, state senators and mayors issued proclamations to Falun Gong, praising the teachings of “Truthfulness-Compassion-Forbearance.” Most of these proclamations were for World Falun Dafa Day, which is observed each year on May 13. 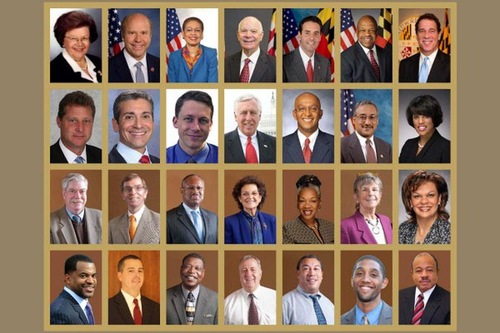 The lawmakers and government officials in Maryland who issued proclamations to Falun Gong this May.

Bernard C. “Jack” Young, the city council president of Baltimore, proclaimed May 8 to be Falun Dafa Day, and Stephanie Rawlings-Blake, the mayor of Baltimore, made the same proclamation.

The city council of Baltimore as a whole issued a proclamation to Master Li Hongzhi, the founder of Falun Gong, and praised practitioners' courage during the peaceful resistance against the persecution in China.

The lawmakers and government officials in Maryland who issued proclamations to Falun Gong in May include: