Swiss Social Worker: “Falun Gong Should Not Be Persecuted”

(Minghui.org) “I must sign to help stop the brutality,” said Daniel, a social worker in Bern, Switzerland, to Falun Gong practitioners with an information booth at the train station on June 18. They were telling people about the persecution in China and asking for signatures.

“This is truly sad. It should not exist. It reminds of the Nazi genocide,” Daniel said, “It is a crime to harvest organs for profit, absolutely criminal.”

Daniel was referring to the state-sanctioned forced organ harvesting in China that appalled every passersby who heard or read about it.

“We must pay attention to this issue,” he said as he signed the petition. “Falun Gong should not be persecuted.” 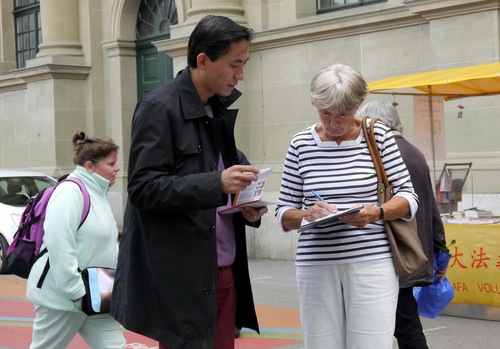 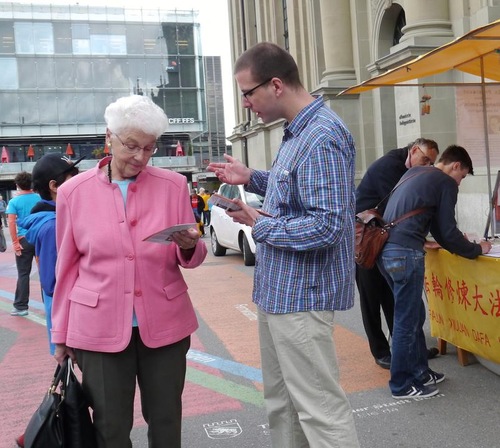 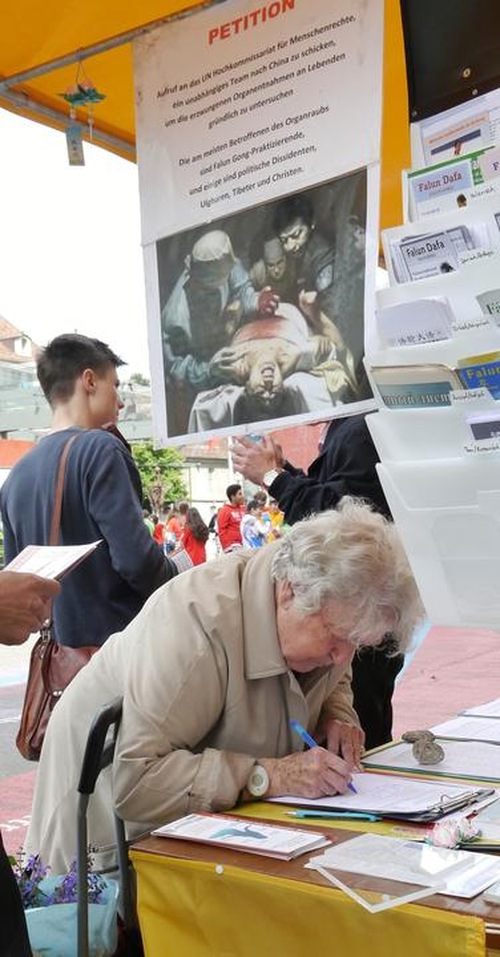 Passersby at the train station in Bern sign a petition condemning the persecution of Falun Gong.

That same day, practitioners held a similar event on the Limmatquai, a pedestrian promenade in Zurich’s old town. Many passersby stopped to get information.

Mr. Gandhi, who works at an electric communication company in Zurich, said that he had passed by the Falun Gong booth before but never stopped. He did this time and learned a great deal.

“Forced organ harvesting is a serious issue, and collecting signatures to oppose it is very meaningful. It is important for people to speak out and stand up against it, no matter where it is happening.” Mr. Gandhi said he would tell more people about it, commenting, “This is truly a worthy cause.” 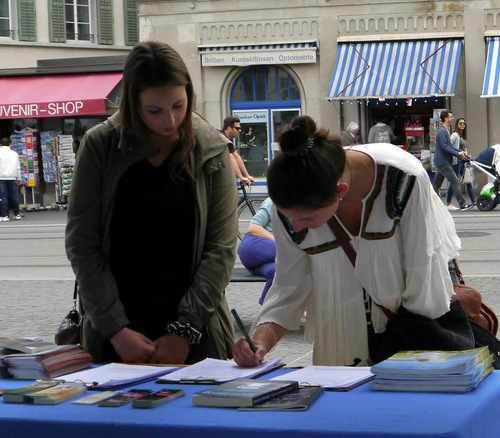 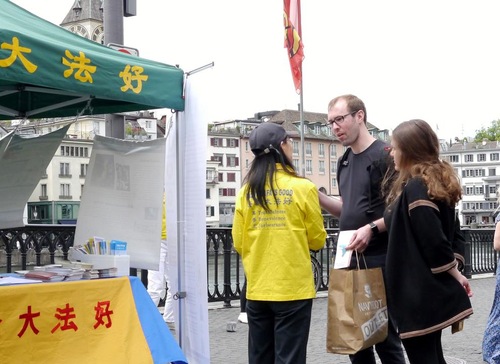 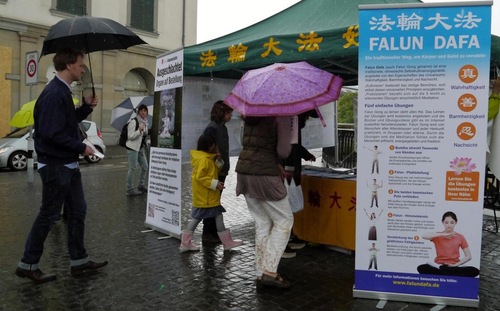 Alberto from St. Gallen had never heard about the persecution of Falun Gong before. He and his friends asked many questions, such as, “What is Falun Gong?” “Why is it being persecuted?” and “How can we help stop it?”

“People should learn more about Falun Gong,” he said. “It’s too bad that people in Western society know so little about what is happening in China. I hope my signature will contribute a bit to ending this crime.”

One passerby was suspicious of Falun Gong, so a practitioner explained how the Chinese Communist Party made up lies to attack Falun Gong, trying to justify the persecution, noting that some Western media were deceived, too.

“Falun Gong teaches Truthfulness-Compassion-Forbearance,” she said, “and we try to follow this principle in our daily lives. We try to be good people and compassionate toward others. Many practitioners have found the meaning of life by practicing Falun Gong.”

After a long talk, the passerby was convinced and signed the petition to support Falun Gong's peaceful resistance.

“Touching Stories from a Farmer's Market”