(Minghui.org) German Falun Gong practitioners in Bayreuth held Information Days on the first three Saturdays in June to expose the Chinese Communist Party's (CCP) organ harvesting crimes. Many people signed a petition calling for an end to the atrocity of forcibly harvesting organs from prisoners of conscience, the majority of whom are Falun Gong practitioners. Many were interested in learning the Falun Gong exercises. A number of Chinese visitors took the opportunity to quit the Chinese Communist Party and its youth organizations. 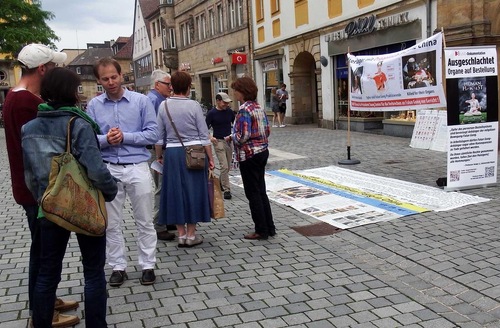 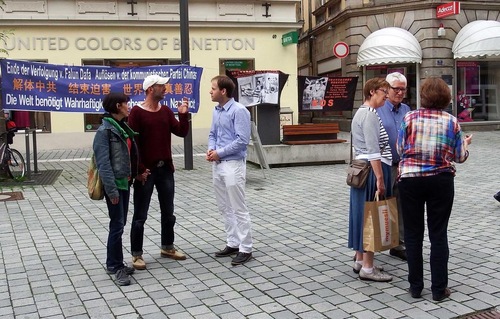 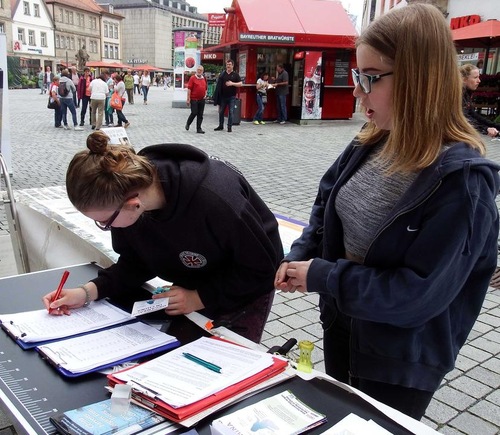 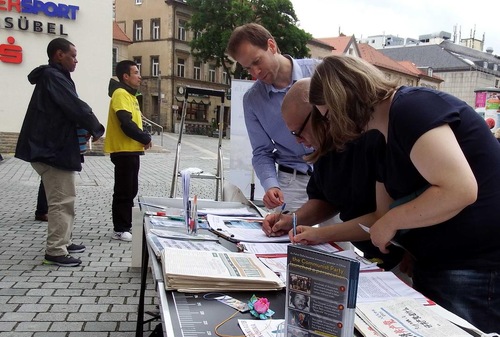 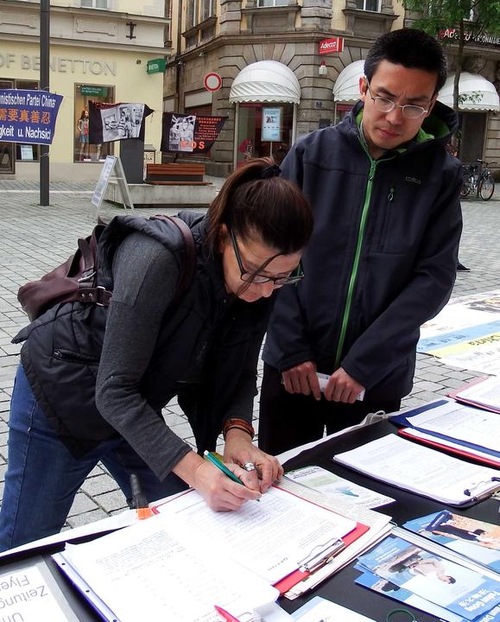 People sign a petition calling for an end to the CCP's atrocities. 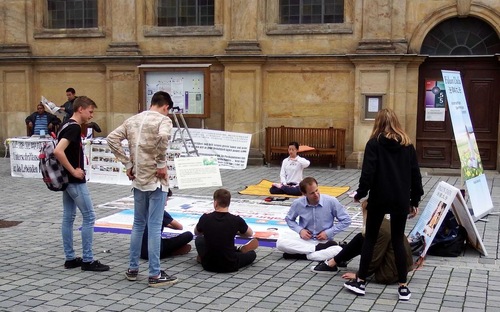 Bayreuth, well-known for the Bayreuth Festival, attracts music lovers from around the nation and the world. The Falun Gong practitioners' activities each weekend received great attention. Through flyers, brochures and photo displays, they introduced Falun Gong and the principles of Truthfulness-Compassion-Forbearance, exposed the 17-year persecution in China and the CCP's crimes of forced harvesting, and introduced the growing movement to quit the CCP and its youth organizations.

Crowds of people stopped to see the photo displays, take introductory materials, and listen to Falun Gong practitioners' exposure of the organ harvesting crimes. Many people talked at length with practitioners. They signed a petition calling for prosecuting former CCP leader Jiang Zemin, the chief perpetrator of the persecution. Several people were very interested in Falun Gong and wanted to learn the exercises at local group exercise sites.

Several months ago in Germany, the documentary Human Harvest was screened on 3Sat, a public TV channel. Witnesses' testimony and organ transplant statistics presented in the documentary gave convincing evidence of the terrible crimes committed by the Chinese regime. The documentary made a big impact in Germany. Some people told practitioners that they had heard about the CCP's organ harvesting crimes from the documentary and they were shocked to learn that a regime was killing its own people.

A couple of Chinese students quit the Communist youth organizations that they had joined. They said that they had seen many Falun Gong activities over the past few years and had learned a lot about the persecution.