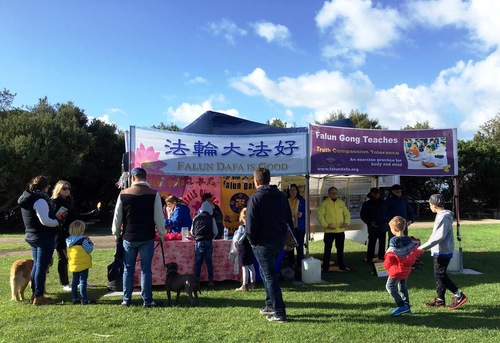 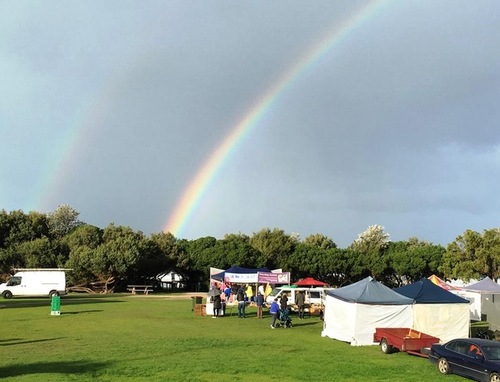 Falun Gong practitioners from Melbourne set up a booth at the market, demonstrated the exercises and told people about the persecution in China. Many tourists signed the petition to condemn the persecution, and many were glad to have to chance to learn the exercises. 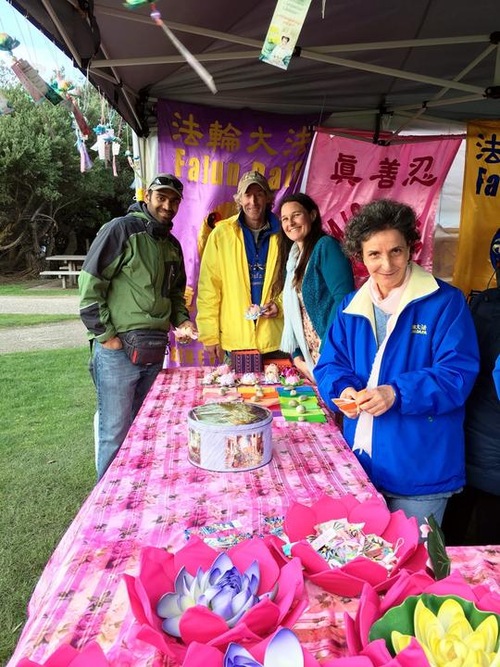 Shubham Katiyar, a department manager at Amazon from America, never heard about Falun Gong, and he was shocked by the brutality of the persecution. He believes that freedom of belief is a basic human rights. Shubham strongly supports the Western governments to speak loudly and take actions to stop the persecution. 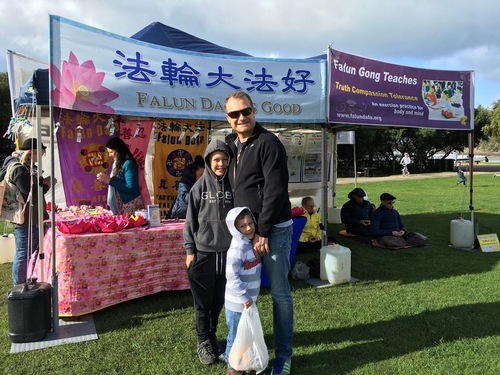 Annie McMahon, an art teacher from Lorne P-12 College, invited practitioners to give a seminar talk at her school. “The world will be a better place, if everybody can follow the principle of Truthfulness-Compassion-Forbearance,” she said. 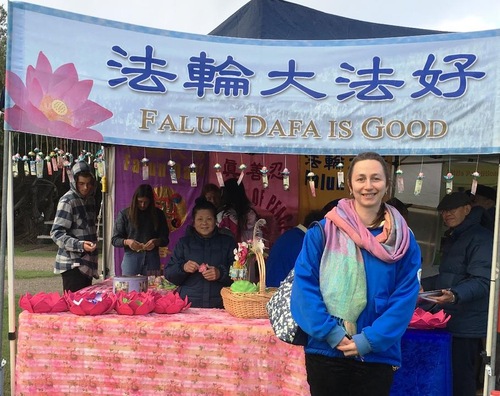 Veronika Mueller, a Falun Gong practitioner from Germany who was visiting her friend in Melbourne, joined the event, and shared her experience of practicing Falun Gong with the tourists.

Veronika ran into Falun Gong practitioners in Gottingen in 2002, when she was in college. She signed their petition to condemn the persecution, and was interested in learning the exercises.

“Practicing Falun Gong gives me energy and boosts my immune system,” she said, “more importantly, I found the goal in life. I have gained inner peace and have become nicer to people. I can handle the conflicts and my relationships with the people around me have become more positive.”

“My Cultivation Experience from Kindergarten to 4th Grade”