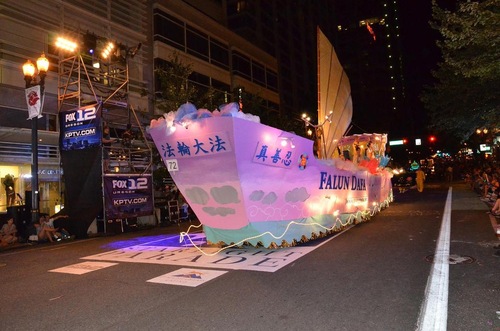 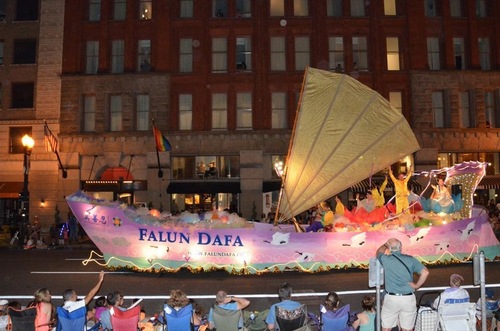 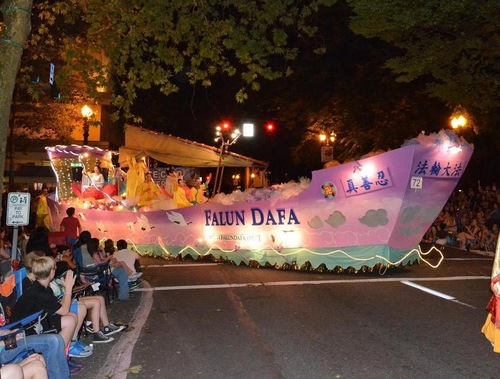 The most eye-catching float in the parade was probably Falun Gong's lotus boat, which was decorated with white cranes, lotus flowers, and a gold sail, with practitioners dressed as "celestial maidens" demonstrating the exercises on it.

Eight-hours of hard work to assemble the boat was highly rewarded. Numerous spectators praised its beauty and novelty, and many took photos and videos. Some of them asked for more information about Falun Gong, and wanted to learn the exercises.

A young local computer engineer said to practitioners that he had never had an interest in meditation. But after he learned about Falun Gong and the profound impact of it on the Chinese society, he wanted to learn the exercises.