"I Can Follow these Principles for the Rest of My Life!"

(Minghui.org) I was born in Penang, Malaysia, grew up in Singapore, and am now living in Australia.

Falun Gong had not really touched my life until just recently. Before, I'd only heard about it through the media, and occasionally encountered Falun Gong practitioners when I lived in Singapore. I only knew that many people practiced Falun Gong and that it was suppressed by the Chinese communist regime.

The Misery of Eczema

My life was not pleasant, as I suffered from eczema for more than ten years. Itchy red spots were all over my body, arms, and legs. Medication gave me only temporary relief. Additionally, repeated use of the medication resulted in unpleasant side effects. Thus, I became interested in alternative ways of improving my health.

I stopped taking medication at the end of 2014 and tried alternative ways to improve my skin condition, such as a different diet. But my eczema got even worse. The red spots grew bigger, were itchier, and leaked fluid. I often lost the zest for life.

I tried Chinese herbs, allergy tests, an eczema-safe diet, meditation, and qigong exercise. Even though the skin on my feet became better, the eczema came back in November 2015. My father recommended a popular qigong in Malaysia.

The qigong exercise group that my father had recommended charged for their lectures, but I was looking for a job at the time and was short of money. So I took pictures of the exercise illustrations, to try to learn on my own. But the complicated movements were hard to learn. However, it triggered my interest in qigong and I began to search for other qigong practices.

Falun Gong Free and Said to Be Effective

A book I'd read mentioned Falun Gong. This practice spoke about compassion, and about changing people's hearts for the better. I also learned that Falun Gong was a qigong practice and that all materials were provided for free over the Internet. What caught my attention even more was that it said that Falun Gong was very effective in many ways. This made sense to me, seeing how popular it was in China before the persecution was launched.

At first, I concentrated on the exercises, as suggested by most qigong practices. I watched the Falun Gong exercise videos online, and read the introductory book Falun Gong.

The theories discussed in that book made a deep impression on me. I used to be a lay Buddhist, and have read books about supernormal capabilities and near-death experiences. As I read the book Falun Gong, I thought, “My goodness! This is what I have been looking for! I finally found it!”

What the book says is so true! It stressed eliminating attachments, following the principles Truthfulness, Compassion, and Forbearance, and cultivating one's heart. It is exactly what people need nowadays!

When I first started doing the exercises, fluid oozed from the eczema on my elbows. Even though I was in very poor condition, based on what I'd read, my problem wasn't as bad as some other people's when they started learning Falun Gong.

The mental challenge was greater. I had to let go of my attachment to eczema, or in other words, let go of my suffering the itchiness and pain, and follow the principles of Truthfulness, Compassion and Forbearance.

Once I followed Dafa's principles I indeed felt that my outlook brightened. I thought, “Even if my eczema doesn't get better, knowing the principles of Truthfulness, Compassion, and Forbearance is so valuable! I can follow these principles for the rest of my life!”

When I told my aunt, who lived with me, that I was practicing Falun Gong, she was opposed to it at first, repeating the Chinese Communist Party's lies. I argued, “What's wrong with following Truthfulness, Compassion, and Forbearance as one's core values?” I asked her if she had read any Falun Gong book or had looked into what Falun Gong was all about.

After about two weeks into the practice, my elbows stopped oozing. I was almost completely recovered within about three months. Even though I still suffered from some eczema, the change was obvious and my aunt was surprised too. 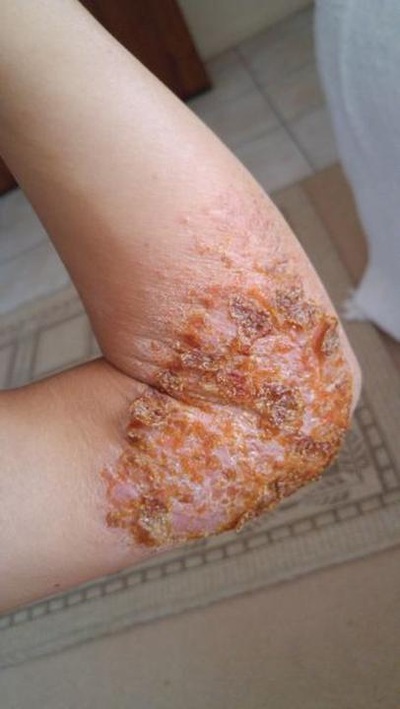 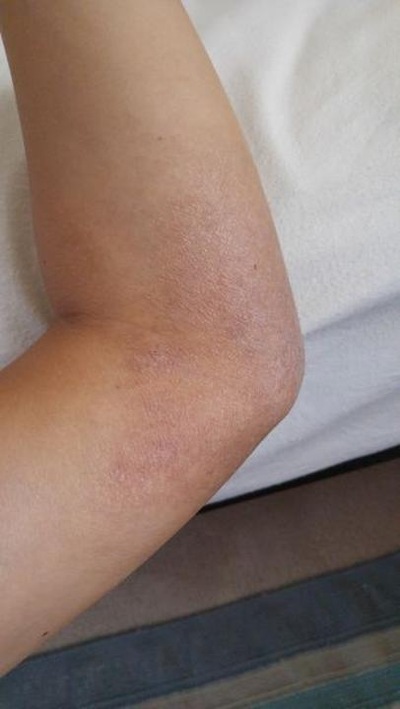 I continued doing the exercises by myself and then joined the weekly group exercises in my area. I try my best to live by the principles of Truthfulness, Compassion, and Forbearance. I listen to the Falun Gong lectures and read Zhuan Falun to deepen my understanding of the principles. I also talk to others about the persecution of Falun Gong in China.

It is such a shame for the Chinese regime to persecute such a great practice! It is so inhuman to imprison, torture, and even harvest organs from Falun Gong practitioners! If more people could know and practice Falun Gong, I believe the overall morality of society would greatly improve.