(Minghui.org) Falun Gong practitioners in Saint Petersburg, Russia held activities to commemorate the 17th anniversary of the April 25 peaceful protest on April 24-25, 2016. They raised awareness about the persecution of Falun Gong on the Field of Mars and in front of the Chinese Consulate, and collected signatures to help stop the Chinese Communist Party's (CCP) live organ harvesting. 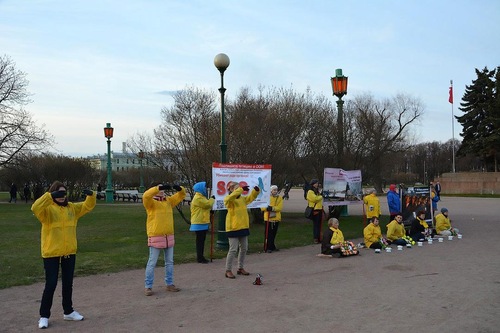 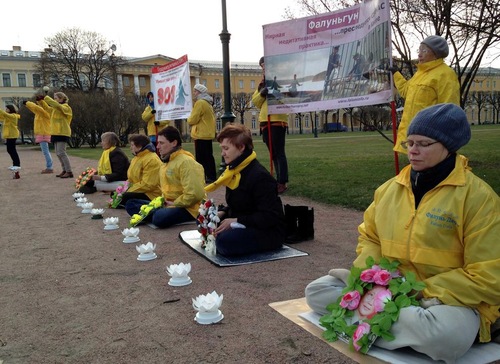 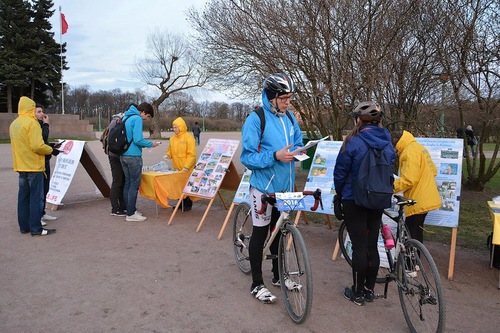 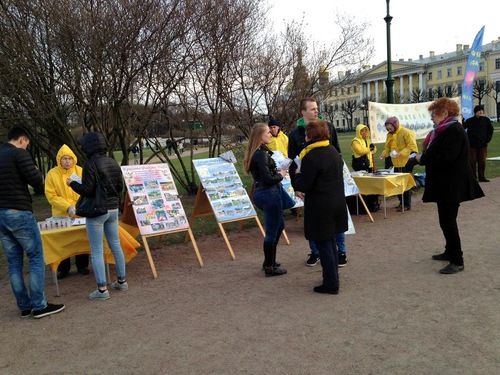 Many passersby paused to read the posters and information materials. Some talked with the practitioners to learn more about the persecution. 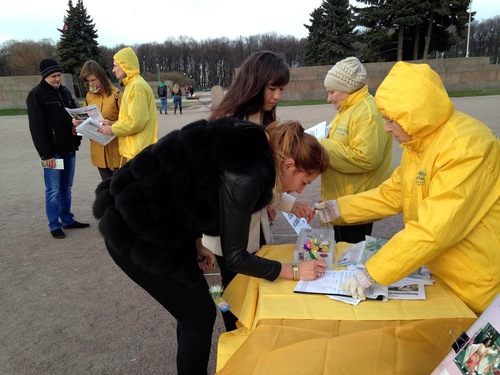 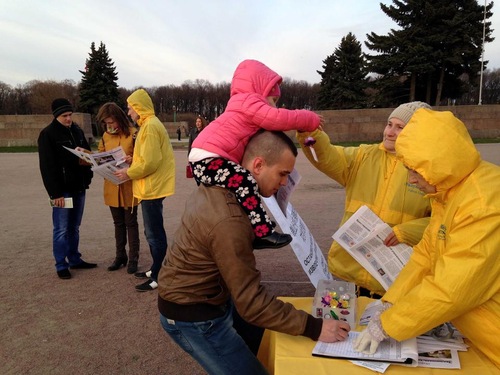 Many people signed the petition to help stop the CCP's live organ harvesting from Falun Gong practitioners after learning about the crimes.

One young couple who read the posters were moved to tears. They asked a practitioner about practicing Falun Gong. Practitioner Irina said that when she started practicing she had many unanswered questions, like the essence of the world, the meaning of life, and the relationship of man with universe. She said, “I read many books and got answers for some questions. But answers to many other questions were from reading Zhuan Falun, the main book of Falun Gong.”

The young man asked what about the purpose of practicing Falun Gong. Irina answered that the purpose was to return to one's true home, “Everyone comes to the Earth with a mission. He will return to the original place where he comes from after completing his mission. For this, one needs to live righteously and avoid wrong deeds.”

The young man said that his girlfriend sometimes conducted herself poorly. Irina encouraged him that it was important to know this and not to continue it, and that everyone makes mistakes. Hearing this, the girl's face glowed. The young couple thanked Irina and wished the practitioners success in their efforts. 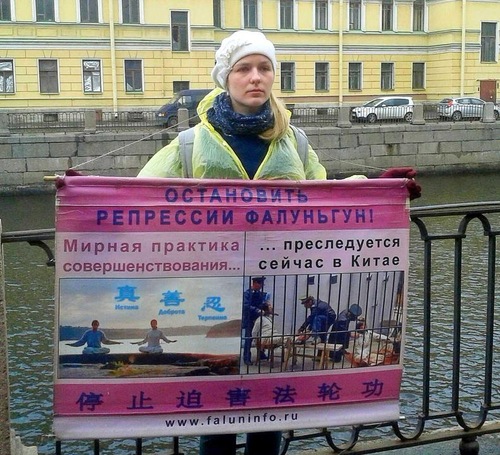 A practitioner holds a poster near the Chinese Consulate on April 25 calling for stopping the persecution of Falun Gong.

Some practitioners held a peaceful protest near the Chinese Consulate on April 25. They introduced Falun Gong to passersby and raised awareness about the persecution.

Some other practitioners went to a social welfare organization on April 25 to introduce Falun Gong and expose the CCP's persecution.