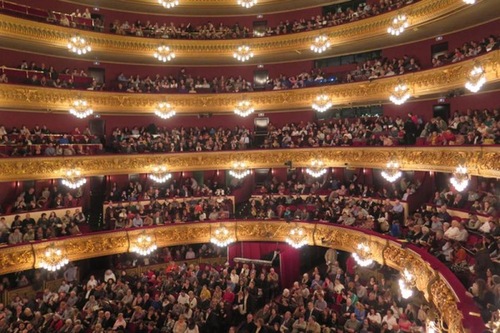 The Gran Teatre del Liceu in Barcelona, Spain prior to the Shen Yun performance on March 18, 2016

Minister of Culture: “A Confluence of Positive Energy and Good Hope” 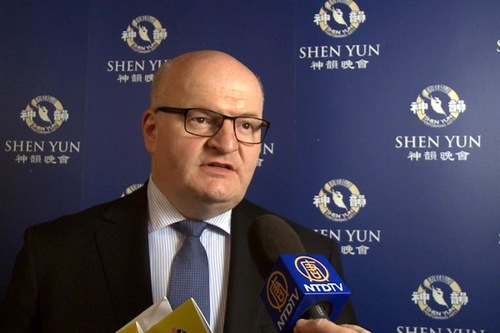 Daniel Herman, minister of culture for the Czech Republic

“It’s a beautiful show, presenting both the superb art of the profound Chinese culture, as well as the spiritual aspect,” said Daniel Herman, the minister of culture in the Czech Republic. “It provides hope, most important of all.”

He described Shen Yun as “a confluence of positive energy and good hope in people.”

“It is indeed the touch of the divine. I think it is important to turn our heads toward the values from which this message and art come from,” Mr. Herman added. 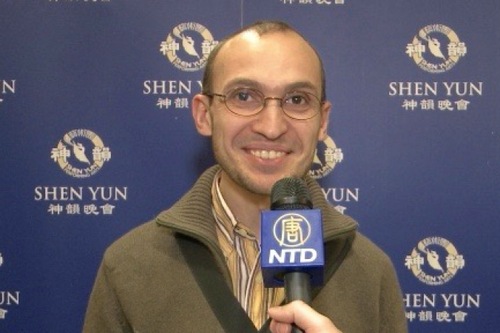 “The atmosphere, the music and the colors were amazing. There was something in the air that touched my heart,” said flutist Sergio Gelsomino after seeing the performance in Frankfurt. “I even cried at the beginning of the performance.”

“I felt so good, which was absolutely great,” shared Mr. Gelsomino.

Dancer: “Perfection at Its Best” 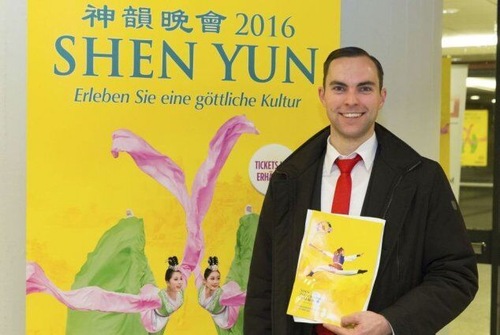 “There are many subtleties in the Shen Yun dances. The skills are extraordinary and require mental training as well as psychological factors,” Mr. Ebert noted.

“To accomplish such an undertaking, the values, openness, truthfulness, and wisdom have to be developed. Only then can one develop freely,” he observed.

He added that the performers “have my greatest respect and compliments because of what they have accomplished.” 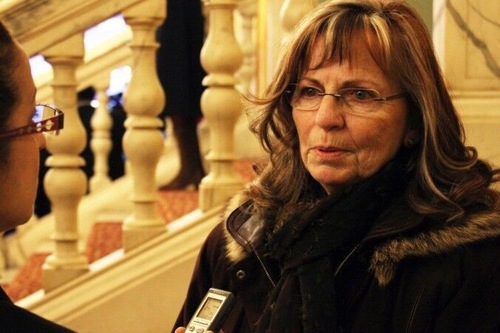 “The orchestra doesn’t deserve 10 points, but 12!” said travel agent Conchita Feliu, who brought a party of 40 to the performance in Barcelona, Spain on March 18.

Ms. Feliu said she felt like she was on a cloud. The whole production was something really special, and her group enjoyed it all too.

“It makes you feel like you’re in paradise. We are so used to our activities, that it allows you dream,” she explained. 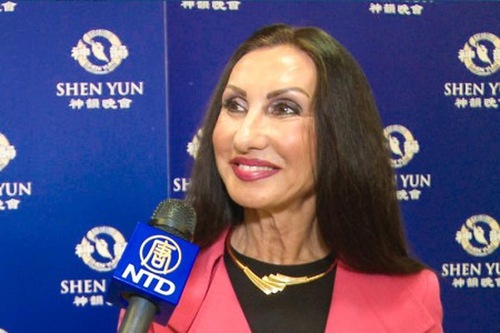 Marlis Shafi, initiator of the business network Business to People, at the performance in Frankfurt, Germany on March 12

“Unique...The artistic performance is terrific, in the perfection of which is brought here,” said Marlis Shafi, initiator of the business network Business to People, after seeing the performance in Frankfurt, Germany on March 12.

Ms. Shafi was especially impressed by the music. “Very pleasant,” she said. “The vibrations that this music creates, tunes the body and the organs in a certain balance.”

She shared one of the messages that she is taking home from the performance: “You should try to help people and convey more harmony. It is important that you have an appreciation and respect for nature and the entire environment.”

““The Truth Is Right in Front of Us””