The tour started February 25, 2016 and lasted nearly two months. The company presented 34 shows to 14 cities in 10 countries. Many audience members highlighted the artistic perfection and spirituality exhibited in the performance. 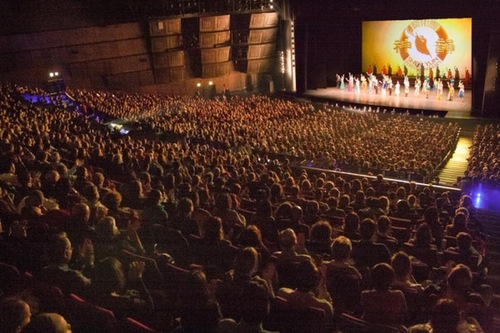 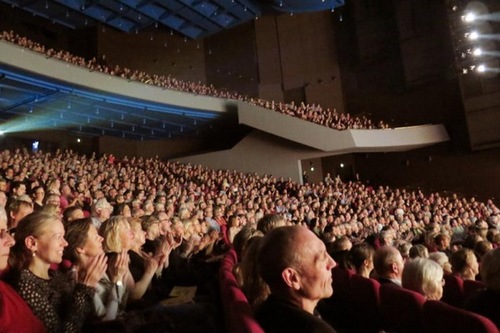 “This Is Music from Heaven” 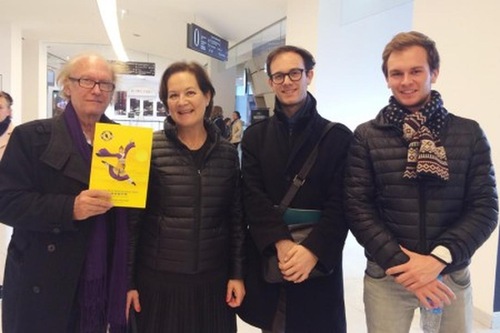 Philippe Brenam (left), director of the Theatre de Nesles, with wife and two sons at the Shen Yun performance in Paris on April 17

“This is music from heaven. As a theater professional, I can only say: Everything was perfect,” said Philippe Brenam, director of the Theatre de Nesles, who attended the performance in Paris with his wife and two sons.

“Shen Yun conveys a message of humanity and mercy from the spiritual world to save humanity,” Mr. Brenam shared.

“The artistic director is so great that I find almost no words to praise him,” he added. 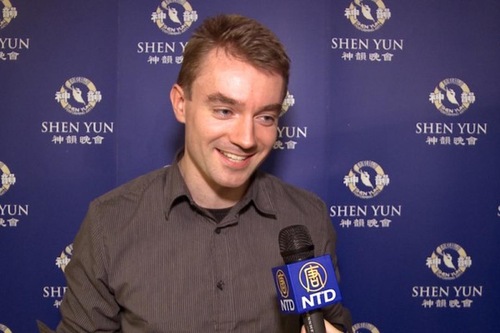 Composer, violinist, and pianist Lukas Medlam at the Wiener Stadthalle in Vienna, Austria on April 5

“What a marvel...The entire performance is fascinating,” said composer, violinist, and pianist Lukas Medlam after seeing the performance in Vienna, Austria. “The music is delightful and stimulating.”

“It is so refreshing to hear Shen Yun’s music. It is based on old traditional musical forms and brings harmony to its audience,” Mr. Medlam said.

“I was touched throughout the show and can only say that I experienced something magnificent tonight,” he concluded.

“Deep Into the Soul” 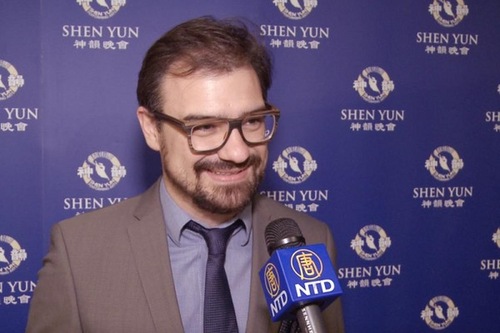 Conductor Konstantinos Diminakis at the Shen Yun performance in Vienna, Austria on April 6

“I found the discipline of the dancers and the orchestra really amazing,” said conductor Konstantinos Diminakis, who attended the performance in Vienna, Austria on April 6.

Mr. Diminakis thought the performance was so inspirational that it can “get to deeper inner thoughts” and help one “become a better person.” 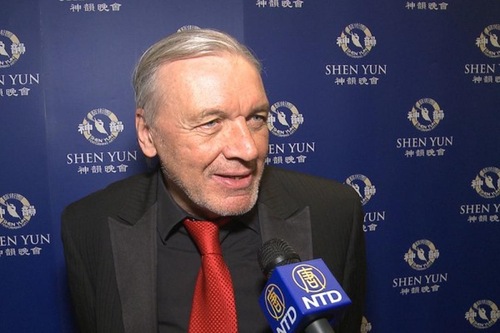 Robert Werner, an opera singer and a “member of the Vienna State Opera”

Mr. Werner shared his insights, “This is very interesting and very profound. It goes very deep into the soul.” 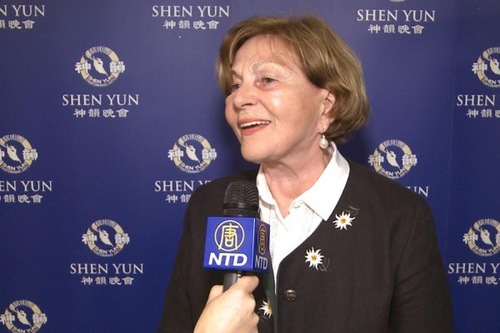 “I’m so fortunate to see this breathtaking performance! It was so fascinating that at times, I did not dare to breathe,” said Gerlinde von Spannring, professor of art and culture, at the Wiener Stadhalle in Vienna, Austria.

“This is the first time I have seen something this wonderful. Chinese culture is beautiful. And I regret that I had not studied it in the past,” she added. 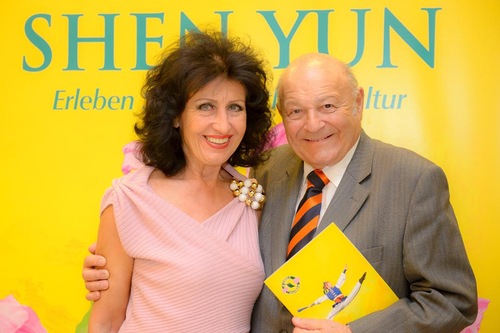 Burkhard Ernst, Councilor of Commerce, and wife Carmen Schmidt at the performance in Vienna on April 5

“It was a terrific and fantastic performance and is far above anything we could have imagined,” said Councilor of Commerce, Burkhard Ernst, who attended the performance in Vienna with his wife on April 5.

The couple explained that they saw messages of the value of friendship, cooperation throughout the world, and finding the goodness in life. 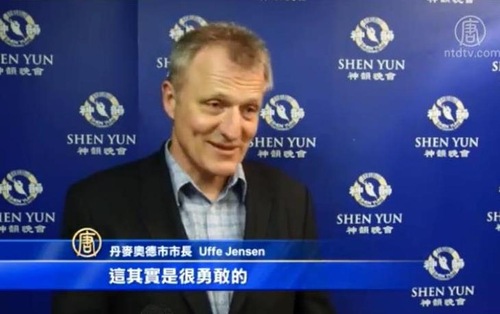 Uffe Jensen, Mayor of Odder, at the performance in Aarhus, Denmark on April 12

“It has been very nice and an eye-opener to experience what [the Chinese people] want to express...It is courageous and beautifully done,” he said.