Elderly Couple Sues Jiang for Their Daughter's Death 13 Years Ago

(Minghui.org) An elderly couple from Yinan County, Shandong Province entrusted others to file a criminal complaint last fall against Jiang Zemin, the former Chinese dictator, for their daughter's death 13 years ago.

Their daughter, Ms. Liu Shufen, died in the hospital after four months of brutal torture at a detention center, at the age of 39. The lawsuit was sent to the Supreme People's Procuratorate via email. 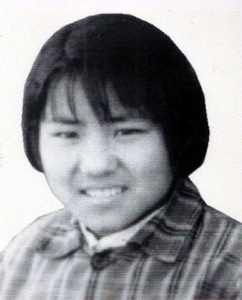 After the persecution of Falun Gong began in 1999, Ms. Liu joined millions of practitioners to peacefully petition for justice for Falun Gong. She was arrested and taken to a brainwashing center.

She was arrested again at home on September 16, 2002. Police demanded that she give up Falun Gong and provide information about other practitioners, which she refused.

Guards tortured her at the Mengyin County Detention Center. She was brutally beaten with batons. She went on a hunger strike to protest the persecution. She was force-fed more than 10 times, injected with unknown drugs, and sexually abused. She lost consciousness a few times when tortured, but she never gave in to her persecutors.

Ms. Liu was transferred to a hospital and died on January 29, 2003. More information about her death is available at Killing One Practitioner, Mengyin County Officials Then Kill the Only Witness: Story of the Gruesome Deaths of Ms. Liu Shufen and Ms. Zhang Dezhen.

Ms. Liu was happily married and had one child. But her life went downhill after she came down with a severe gynecological illness and heart disease. She suffered so much that she almost lost the courage to live, until she learned Falun Gong in the spring of 1998. Her illnesses disappeared shortly after she began the practice. She was happy again and full of gratitude toward Falun Gong.

“More People Around Me are Realizing That Falun Dafa is Good”