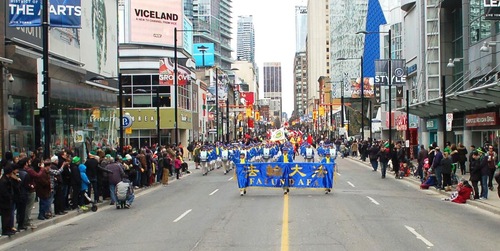 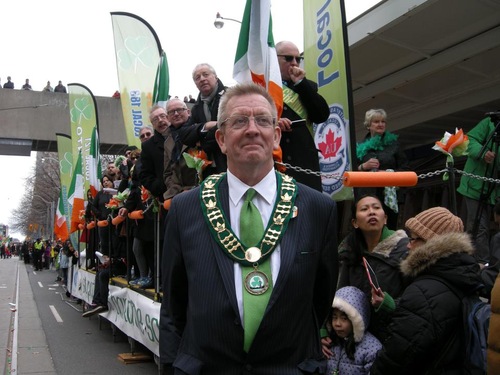 Parade organizer Alan Louthe remarked that the Falun Gong contingent is warmly welcomed every year in this popular civic event. 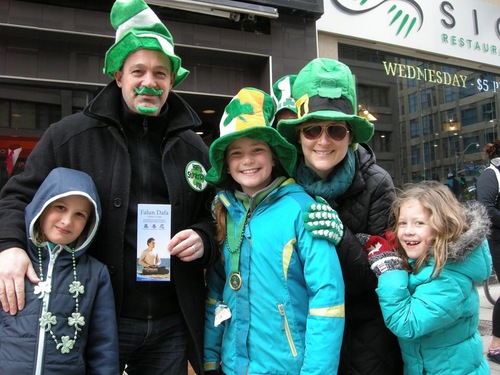 High school teacher William Dele watched the parade with his family. “The Falun Gong group is excellent,” he said. 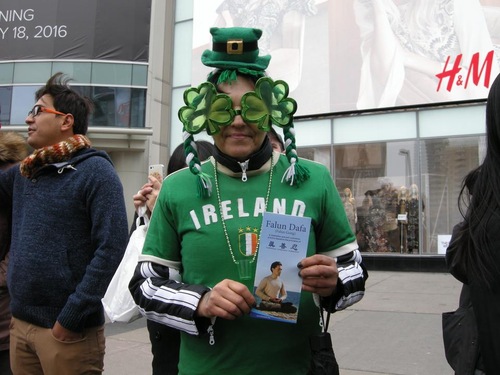 Tina, an artist from Vancouver, enjoys the music offered by the Divine Land Marching Band. “Their music is very encouraging,” she said, then added, “I support their peaceful resistance against the persecution [of Falun Gong in China].” 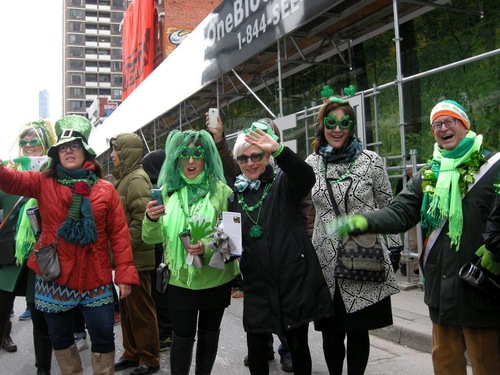 Jenyfe Burnn (middle) knows about the persecution of Falun Gong in China. She said, “The Falun Gong group is so beautiful. I love them.” Ms. Burnn condemned the human rights violations in China, and hoped that the Chinese people will bring former Chinese president Jiang Zemin to justice for his role in the persecution.

Among the parade spectators were many Chinese tourists and visiting students, as well as local residents originally from China. Many of them were happy to have an opportunity to quit the communist party with Falun Gong practitioners' help.

“My Understanding about Shen Yun DVDs in China”