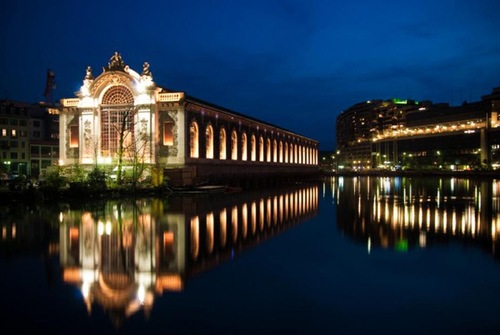 Concertmaster: “A Materialization of the Divine” 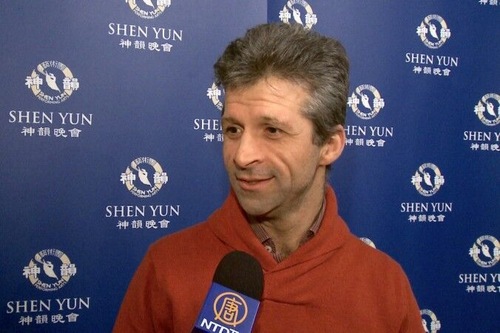 “What is achieved is a materialization of the divine. It’s extraordinary!” exclaimed violinist Bogdan Zvoristeanu, concertmaster for the Orchestre de la Suisse Romande, after the performance in Geneva. “The music is very touching.”

“There is a different sensuality and a power of expression that is extremely strong,” he said of Shen Yun's unique orchestra that combines both Western and Eastern instruments, remarking that the orchestra took the audience “to another dimension, [to] a past which is very clean, very pure, where there is a lot of truth.”

“Today I felt it very strongly, because what we lack are exactly these values that are deeply human," said Mr. Zvoristeanu. “We just forgot about it and this show reminds us of it.” 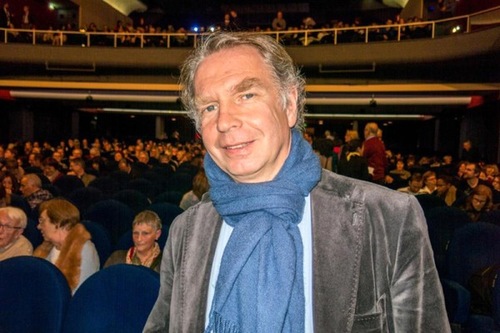 “I really feel the peace that takes over our hearts, our minds, with the music, with dancing, with art,” said Conductor Bartholomeus-Henri Van de Velde.

“I think wherever Shen Yun will go, it will bring something positive,” Maestro Van de Velde said, adding that Shen Yun will also give people the opportunity to “to calm down a little bit.”

Former Government President: “A Jewel with Such Precision” 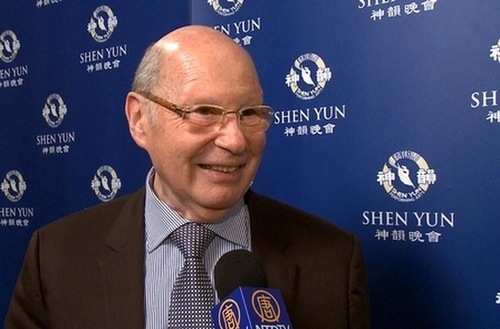 Dominique Föllmi, former president of the State Council of Geneva and orchestra founder, at the Shen Yun performance in Geneva on February 27

“The orchestra is exceptional, a jewel with such precision...It’s fantastic!” said Mr. Föllmi, former president of the State Council of Geneva and an orchestra founder. He said he thought that Shen Yun presented “total perfection" and "real happiness."

“The music is powerful, beautiful, it grabs you, you rise with it. It’s really fabulous,” Mr. Föllmi said.

“This heritage was lost and [Shen Yun] actually revives it in an outstanding and sublime way,” he said of the company's mission. “All these artists, dancers, musicians perform in such a surprising and powerful way which brings us higher.”

In Shen Yun, Mr. Föllmi saw “a very strong spirituality, a vision of society with wisdom, goodness, patience, which is so important because today there is only materialism.”

“It's a message our world needs so much today. Moreover, to love your neighbor and be open-minded is a message we need to hear,” Mr Föllmi added.

Last King of Egypt: “Thanks from My Heart” 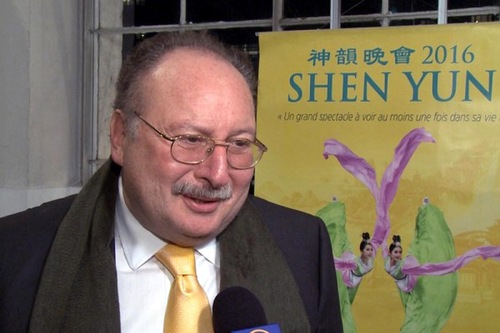 Fouad II, the last King of Egypt, at the Shen Yun performance in Geneva on February 25

“I am a great admirer of Chinese culture and Chinese history. I spent a wonderful evening and I thank [Shen Yun] from my heart,” said Fouad II, the last King of Egypt, at the Shen Yun performance in Geneva on February 25.

“I congratulate the wonderful company I saw tonight – the costumes, exceptional dancers, the music,” he said.

Watching “so much beauty” in a Shen Yun performance, Ahmed Fouad added, leaves audience members “with a peaceful mind.” 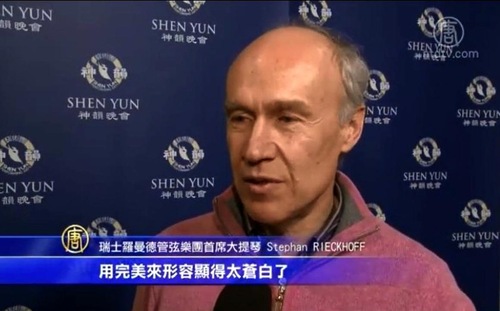 “The melodies of Shen Yun come directly from heaven,” said Stephan Johannes Rieckhoff, cellist for the Orchestre de la Suisse Romande, at the performance in Geneva.

Among the compositions of Shen Yun, he noted that they all are “from heaven, in contrast to the usually highly personalized embossed Western pieces that reflect an individual mental understanding of the composer and his destiny. Shen Yun shows in its music [something] more universal.” 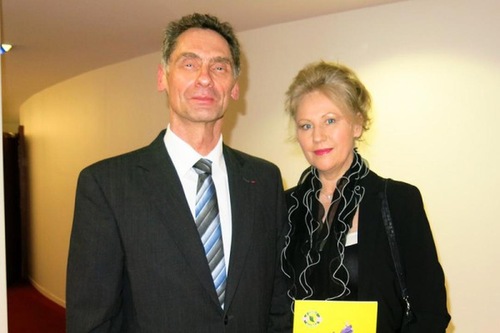 Serge Gouteyron, a civil administrator in the district of Aix-en Provence, attended the show at the Grand Theatre de Provence in France on March 9

“It’s a high quality and harmonious show,” said Serge Gouteyron, a civil administrator in the district of Aix-en Provence in southeastern France. “There is much spirituality, as we have in France as well.”

“We must believe in ourselves,” Mr. Gouteyron said, describing the message he gathered from the performance. “Believe in the cultural and spiritual dimension of a nation, and this is what will contribute to create a better future.”

“Husband Suspects Wife Was Drugged in Prison Days Before Release”