(Minghui.org) The Divine Land Marching Band, composed entirely of Falun Gong practitioners, participated in the 165th St. Patrick's Day parade in San Francisco on March 12. They joined forces with 140 other groups to enliven the St. Patrick's Day festivities in this hugely popular event. More than 100,000 people watched the parade, which has become one of the largest events in the Bay Area. 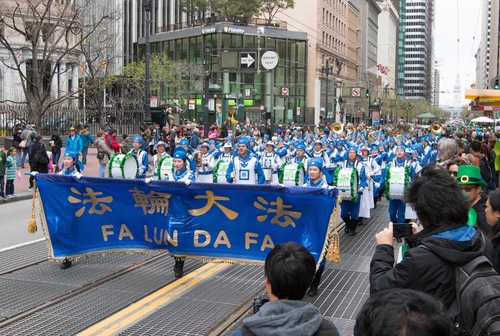 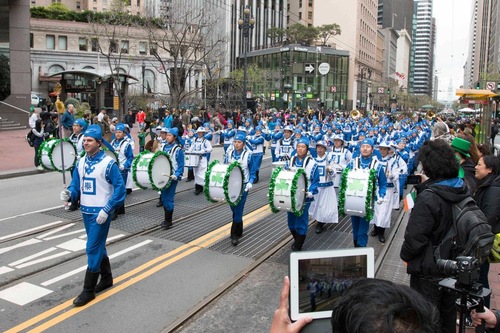 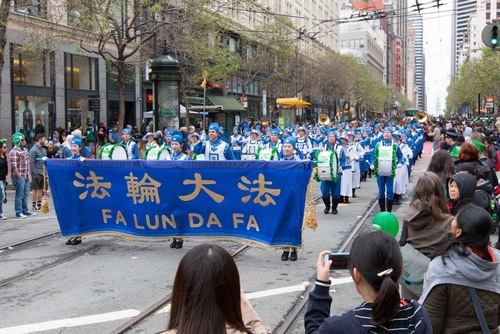 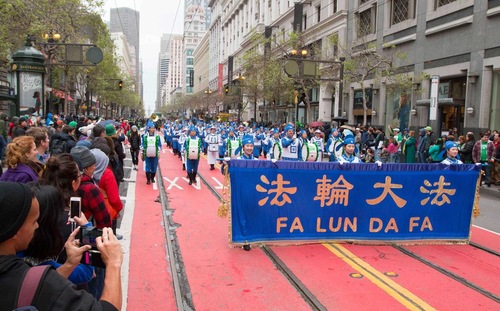 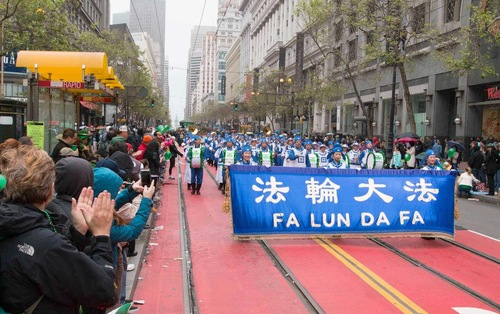 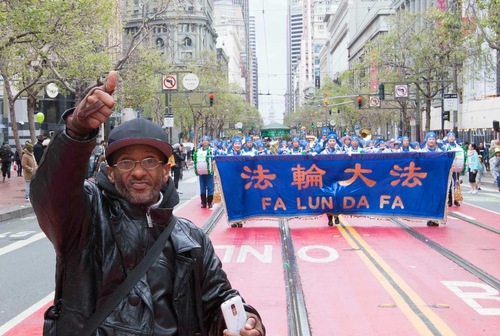 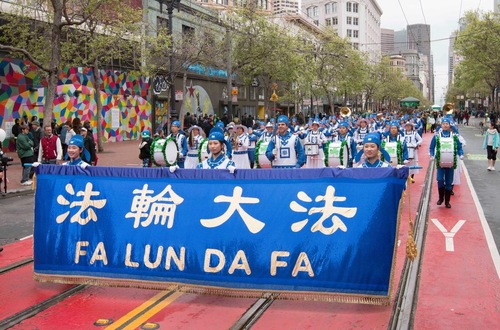 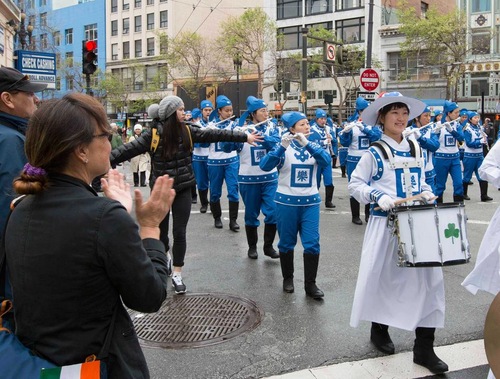 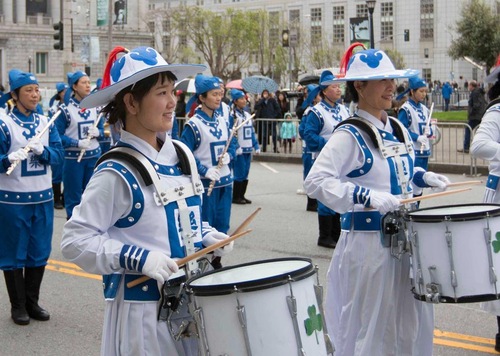 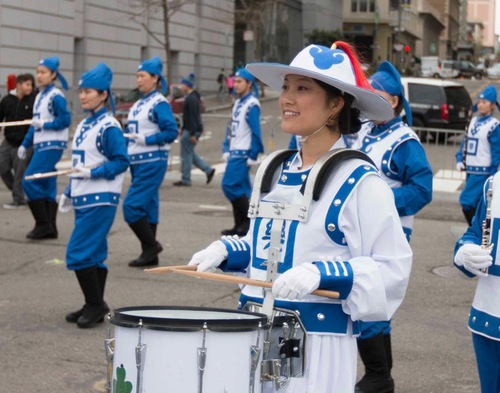 As the band passed by the reviewing stage, the host introduced them to the spectators as the first-place winner in last year's Columbus Day parade in San Francisco. 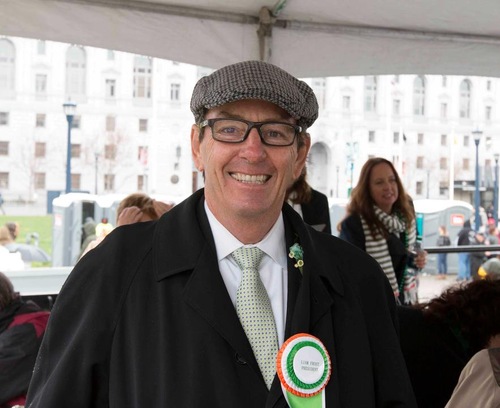 Leum Fross, one of the organizers of the parade, likes the Falun Gong band very much.

“They are well trained, and their performances touch people's hearts,” said Leum Fross, one the parade organizers. “The principles of truthfulness, compassion, and forbearance are great, and I completely support them. I am glad that the performers can freely practice [Falun Gong] in San Francisco.”

Another organizer, Valerie Magu, made the comment that the principles of truthfulness, compassion, and forbearance are universal, and should ideally be followed by everyone. “I admire what Falun Gong practitioners have done,” she said. “Thank you for the excellent performances.”

Parade spectators were also enthusiastic about the band. 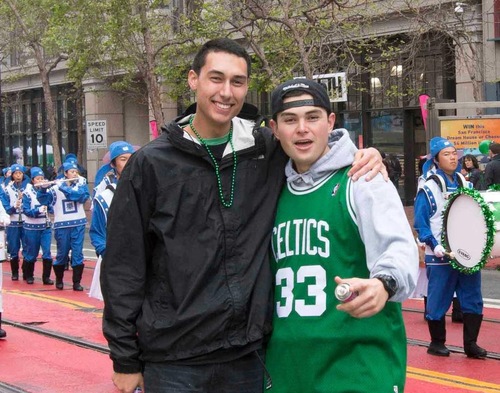 Cisser Damaro (right) and his friend said of the band, “Falun Gong is the best!”

Ryan Hoffman visited China this past January and experienced the government's censorship firsthand. “The communist party there does not allow Facebook. They control other media, too.” Ryan added that, as an American, he is against the persecution of Falun Gong. “It's immoral,” he said.

Jane Okamora noted that the principles of truthfulness, compassion, and forbearance are beautiful. “When the Falun Gong band passed by me today during the parade, I felt so relaxed,” she said. “I can feel the pain that practitioners in China suffer. The persecution is really horrible.”

“Shanxi Man, 75, Dies Within Weeks of Release from Detention”