(Minghui.org) I was arrested and my home was ransacked on December 1, 2015, for filing a criminal complaint against Jiang Zemin, the former head of the Chinese Communist Party, who is responsible for initiating the brutal persecution of Falun Gong in July 1999. Because I refused to give up my faith in Falun Gong, I ended up in prison for 7 years and 9 months and spent 1 year in a forced labor camp.

Lying to Get Me to Open My Door

I heard a knock on my door while I was washing dishes on the afternoon of December 1, 2015. When I asked who it was, the person said that he was Yang and wanted to talk to me about my pension, as it had been stopped earlier. He said that the head of my company was there, too. Instead of opening the door, I opened the window and looked outside, and saw a police van parked on the street.

Just then, about six police officers forced open the door to my apartment. The person in charge was Bai Aizu, who ordered a uniformed officer and one in plainclothes to handcuff me behind my back. They then pushed me into the sitting room.

Bai said that I had filed a complaint against Jiang Zemin. He kicked open the door to each room and started searching them.

They confiscated my Dafa books, Dafa informational materials, two laptops, a mini iPad, 200 yuan in cash, and other personal items, worth about 16,000 yuan in total.

Officer Yang Qinhong pointed at me and said, “I must arrest you this time.” I asked the other officers for their names when they searched my home, but no one answered. I then asked for a receipt for the things they confiscated. They pushed me out of the home and into the police van. 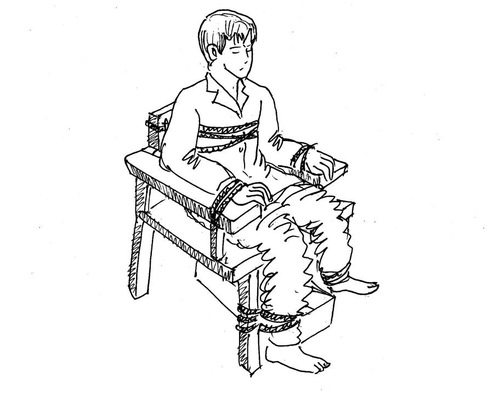 I was taken to the Jiayuguan Police Station and handcuffed to a tiger bench from 5 until 10:30 p.m. Later that night, I was transferred to Taoshuping Detention Center. On the way there, I asked for my house keys back and my arrest warrant, but they didn't give me anything.

The guards in detention center were going to release me on December 26, but they wanted me to sign a document saying that I had “disturbed the social order.” I refused to sign it.

They then took me to the Gongjiawan Brainwashing Center and held me until February 2, 2016.