(Clearwisdom.net) I had health problems after giving birth, but when I started to practice Falun Dafa at the end of 1995, I regained my physical health. 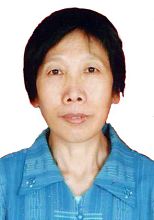 When the Chinese Communist Party (CCP) started its persecution on July 20, 1999, officers from the Gonxingdun Police Station worked with officials from my workplace, and deceived me into going to a school in Fulongping. I was detained there for one day, and was forced to sign a guarantee statement to give up Falun Dafa. Ma Ke, the CCP secretary in my workplace, and the director of my neighborhood committee then took me home.

Yang Qingru and I left the residential building of the miner's lamp factory at around 9:30 p.m. on May 2, 2002. Two plainclothes police officers, who had been waiting for us outside the main gate, started to beat us and they snatched my purse, which contained my cell phone and house keys. When other plainclothes officers came, without showing any ID they ransacked the apartment where we had been, and arrested Ma Yong, Wang Wenzhong and Zhang Zhenmin, who were in the apartment at the time. Ma Yong's head was cut and bleeding. They handcuffed the five of us and ransacked all of our homes. Cong Qiuzi, another practitioner, was arrested at a different location, and we were all taken to the Weiyuanlu Police Station. Yang Qingru and I were taken to an office. At around midday, an officer in plainclothes took me downstairs to an awaiting jeep.

They took me to my home, but as my child was not there, they could not get in. I told them that I did not have the keys, but they still searched me. They took 410 yuan in cash from my pocket and kept it. Some officers waited on the stairs for my child to return home, while I was taken back to the police station. They locked me in a room on the fourth floor and tied my hands to the head board of a bed. A plainclothes officer then came to the room and started filming me. They wanted to get information from me, but when I refused to cooperate, he soon left. We were released the following afternoon.

Tortured and ordered to do forced labor

Three practitioners were taken to the Provincial Maternal and Child Health Hospital for a physical examination. But when we all refused to cooperate, we were taken to the Lanzhou City First Detention Center. We were detained in the 15th Team, and were forced to take off our clothes in the yard while they searched us. They took away my shoes and belt, and I was taken to Cell No. 7. They then gave me a pair of shoes with broken soles, which made my feet wet all the time.

The living conditions in the camp were very poor. Eighteen people were forced to live in a 15-square-meter cell, with a makeshift bed in it. Twelve people slept on the bed, and had to sleep head-to-toe. Sometimes it was way too crowded, so people had to sleep on the ground. When there was no work for us to do, we all had to sit on the ground in front of our own cells. We were not allowed to stand up or move around, nor could we talk to each other. We were only allowed to move at meal times, but had to return afterward. In the evenings, inmates were allowed a little freedom, but practitioners were not. We were still closely monitored by other inmates. The cells were locked for the evening by 9:00 p.m.

Our work consisted of labor intensive activities which caused our skin to bleed and become infected. We were in constant pain. If we could not finish the tasks or reach the quota required, we would be fined or hung upside down against the wall.

To drink the boiled water each day, we had to get permission from the team leader first. Two kettles of boiled water were shared between up to eighteen people. When that was used up, we had to drink untreated water from the hosepipe, which always had a layer of fine red particles in it.

If family members wanted to visit us, they had to pay for the privilege, with the fee ranging from 100 to 500 yuan. When family members brought things for their relatives, they would first be passed around the guards and the team leader. If there was anything left, then it would be passed to the person it was originally intended for.

When practitioners were being tortured, all the doors and windows would be closed, so that people would not know what was going on. When they placed handcuffs on practitioner Zhang Zhenmin, and closed all the doors and windows, I shouted "Falun Dafa is good!" My mouth was then covered by team leader Chen Lin, and another inmate held me tightly so that I could not move.

We were transferred to the Lanzhou City Second Detention Center in late September, and were placed in the first section on the first floor. We were ordered to do forced labor.

By the end of October, we refused to do the forced labor and protested our innocence by going on a hunger strike. The guards, led by Chen, head of the detention center, forcefully placed five of us in handcuffs. My hands were handcuffed behind my back and shackles were put around my feet. They then tied my hands and feet together with a piece of wire. We were not able to stand, sit or sleep. The guards then ordered inmates to jump on us, before they violently force-fed us. Under the instruction of Chen Lin, the team leader, practitioner Ms. Li Qiuxiang, in her 40s, from Qilihe District in Lanzhou City, was raised up off the ground by four inmates and then thrown forcefully back to the ground, injuring her shoulder.

We were later transferred to the fourth section on the second floor. Practitioners there refused to report to the guards, so Chen Lin ordered inmates beat them.

On July 20, 2003, we were secretly tried by officials from the Chengguan District Court. The defending lawyer for Ms. Cong Qiuzi was dismissed by the court, and so we decided to defend ourselves. The judges did not know what to say when we put our case forward, so the trial was wrapped up within one hour. We were then told to sign the guilty verdict. None of us did, and instead we chose to appeal. All of our appeals were denied, and I was sentenced to a ten-year prison term.

We were taken to the Gansu Provincial Women's Prison on March 19, 2004, where we were stripped naked and searched. When more practitioners arrived at the prison, the guards had to quickly allocate the practitioners to different prison sections. This was all done to ensure that practitioners would not have the chance to talk to each other.

I was allocated to Prison Section No. 6, where I was forced to work for long hours without any rest. One group was forced to make paper bags for chopsticks, napkins, toothpicks, and sometimes garlic. The smell of glue and garlic made people feel very uncomfortable, and the work was very labor intensive. Every practitioner was monitored by many inmates, even when they went to the restroom.

Another group cut hats in a workshop. Every hat had to be cut very neatly, as it was the final stage of production. There was a large amount of hats to complete, and most people could not finish them in the allotted time. They were then forced to continue doing them, and were not allowed to sleep until they were all complete.

I returned home in August 2009, to find that my home had been ransacked and my personal belongings were taken. These included two bank books with a total sum of 38,000 yuan, a gold necklace, a cassette player and video player. When I went to the Transportation Bank to report the bank books stolen, they found that only a balance of 3,000 yuan was left. When I was sentenced, my salary was withheld from my company, and I was not paid any of my retirement pension until December 2009.

People from the Jiayuguan neighborhood committee frequently came to my home to harass me, and by the end of September, they even came into my home to monitor me.

In May 2010, Fan Ming from my neighborhood committee threatened me. He said, "If you don't stay at home, I'll send you to the prison again." He also assigned two people to follow and monitor me.