(Minghui.org) A Falun Dafa Experience Sharing Conference was held in Buenos Aires, the capital of Argentina, on November 27, 2016. Master Li Hongzhi sent a congratulatory letter to the conference.

“It is because society’s morals are deteriorating, and the decline in human morality has brought danger to humankind; thus Dafa is being spread in the world to save all beings, so disciples who are genuinely cultivating have the responsibility to save all beings.”“A Congratulatory Message to the Argentina Fa Conference” 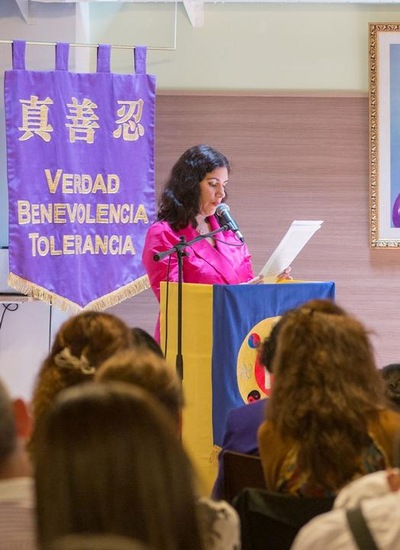 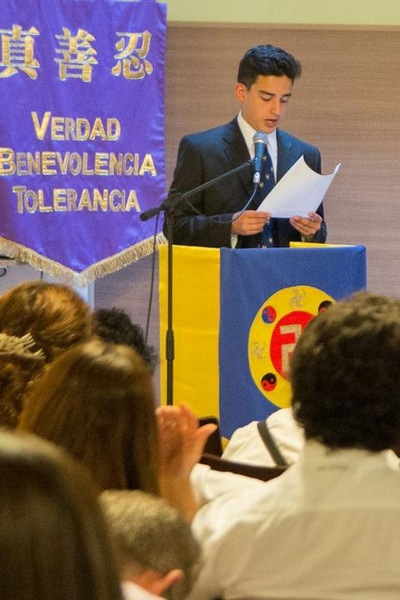 The conference was a precious opportunity for practitioners to get together and exchange their understandings and experiences in their cultivation. Several practitioners from Uruguay were also in attendance.

Eighteen practitioners spoke at the conference about how they had fallen, gotten up, and strived forward on the path of cultivation. A few young practitioners described how they managed to eliminate the attachments to lust and jealousy. They discussed how they participated in Dafa projects to better save people.

A new practitioner from Bariloche, a scenic city in southern Argentina, also known as the Switzerland of South America, learned Falun Dafa a year ago. She held forums explaining to the locals what Falun Dafa is. At the same time she exposed the horrific facts of the tragedy of organ harvesting from living practitioners incarcerated in China for their belief.

Four teenagers talked about how the teachings of Falun Dafa had guided them back to the right way to live. They used to be rebellious, addicted to nefarious websites where they picked up degenerate ideas about how to deal with the opposite sex. They became practitioners because of their parents.

Guided by the Fa principles, they knew how to behave based on high moral standards, their grades improved, and they regularly joined activities to clarify the truth about Falun Dafa.

A practitioner became detached from the practice because he neglected the importance of studying the Fa regularly. He was asked to help the local practitioners to promote Shen Yun one year and the experience brought him back to the practice again. He realized that every practitioner has the responsibility to save people. He is now a coordinator of a Falun Dafa project.

Two new practitioners from Uruguay talked about how they had been busy teaching newcomers the Falun Dafa exercises. There are over 100 people at their group practice site. They had learned and improved themselves from the experience. 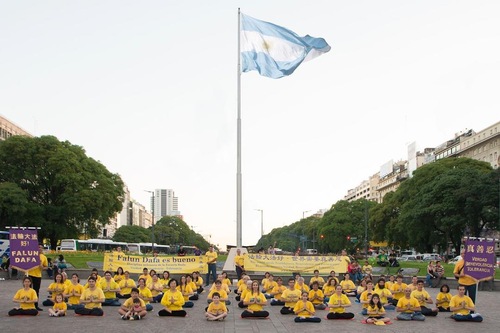 An activity to introduce Falun Dafa to the local people. 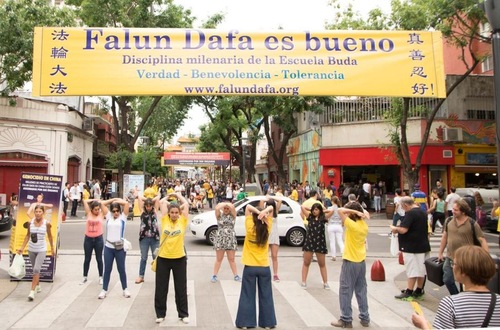 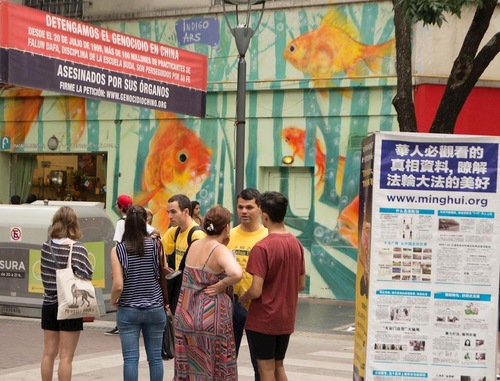 An activity in Chinatown in Buenos Aires to raise awareness about the persecution in China.

In addition to the conference, practitioners distributed Falun Dafa literature on the streets of Buenos Aires, did the exercises together in Chinatown, and raised awareness about the persecution in China in different areas in the city. Many locals and Chinese tourists learned the truth and were surprised to see so many practitioners in South America.

“Falun Dafa Has Taught Me to Be Truly Good”