(Minghui.org) “I know about the persecution of Falun Gong, but is the forced organ harvesting really true?” a Chinese tourist asked a Falun Gong practitioner at the Eiffel Tower. Behind them were the Falun Gong banners and display boards describing the state-sanctioned organ harvesting atrocities from prisoners of conscience in China.

“It is absolutely true,” said another tourist who overheard the conversation, a 30-some-year old Chinese lady. “One of my neighbors was a doctor,” she said. “He was in charge of harvesting organs from Falun Gong. Later, he killed himself because of the overwhelming guilt he felt.”

The lady and her tourist group were from Northeastern China. The entire group, including the one who questioned about the forced organ harvesting, took the opportunity to renounce the Party on the spot.

Such scenes are often seen at tourist spots like the Eiffel Tower and Lafayette Mall in Paris.

Local Falun Gong practitioners set up booths at these tourist spots year-round, talking to people about the peaceful cultivation practice enjoyed by millions. This has been a particularly effective way to connect with Chinese people, who have a much harder time learning the truth about Falun Gong back home in China because of the persecution it has faced there since 1999. 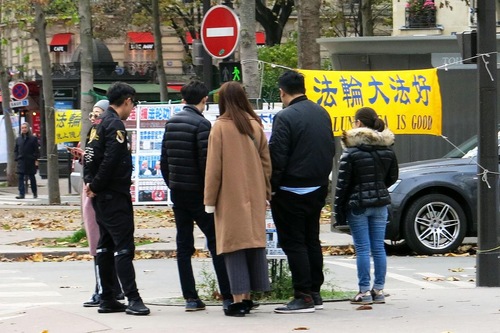 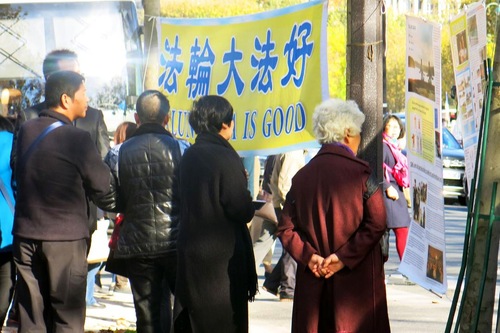 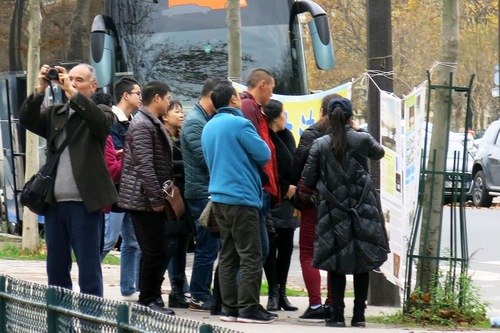 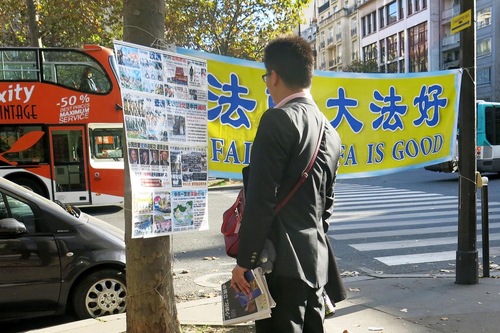 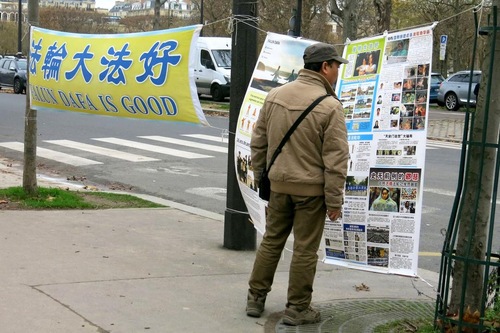 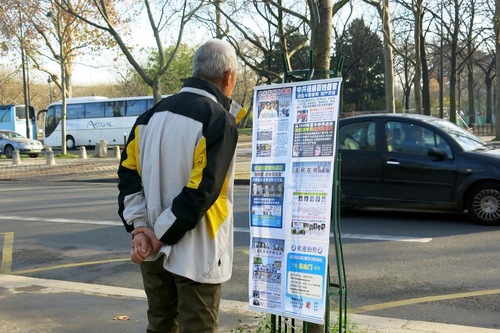 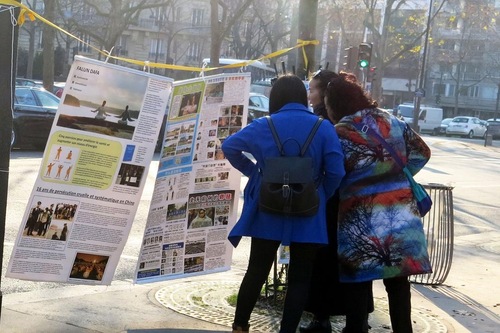 A practitioner, who comes to the Eiffel Tower regularly said: “It is very different now. Many Chinese have the courage to express their support to us. A few years ago, the Chinese didn't even dare to stop by our booths, or take our flyers. But now, many of them even tell us the facts of the persecution that they learned back in their hometowns.”

“One day, a Chinese guy told me that one of his friends works at a prison in Northwestern China, in which were jailed more than 1000 prisoners of conscience. His friend told him that no Falun Gong practitioner had been seen leaving the prison alive.”

“After talking to us, many Chinese recognize the evil nature of the communist party, and quit the party with our help. They come from all walks of life, including high-ranking government officials, military officers, high school students, and working class. I am happy that these people don't want to fall with the party, and choose a bright future for themselves,” the practitioner said.

“One day, I helped three tourists quit the party. One of them said, ‘It is so great you guys don't give up your belief in such severe persecution.’ He told me that he got a copy of Zhuan Falun (the main book of Falun Gong) the day the persecution was launched. He planned to read it, but saw news of the suppression that night on TV. The book is still hidden in his closet.

A few days ago, three 60-some-year old Chinese talked to practitioners for a long time, and quit the party. One of them said: “I have heard about the persecution in China. I believe that the heaven is watching the evildoings. I am very glad to see you guys today. It is so wonderful that you have freedom in France. It is impossible in China. The communist party has ruined 5000 years of culture in a few decades. It cannot last. It will fall soon.”

His friend said, “I am with you for peace and happiness. I strongly support you. I admire you. Falun Gong is the hope of China’s future. What you manifest is the truth and immense love. Many of my friends and family have deep respect to you.”

“Ms. Zhou Yuelian Imprisoned for Her Beliefs Over and Over”