(Minghui.org) The Tian Guo Marching Band, which is made up of Falun Gong practitioners, was chosen to the lead the grand parade at an annual cultural festival held in Kaohsiung, Taiwan, November 19 and 20.

In conjunction with the Matsu Festival in Gangshan, the event also celebrated the screw production in this region—about one-sixth of the industry's total production globally. Nearly 100 groups and 10,000 spectators participated in the festivities. 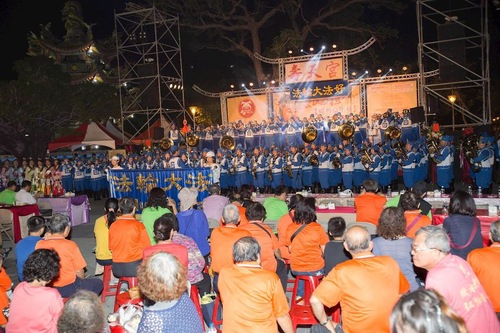 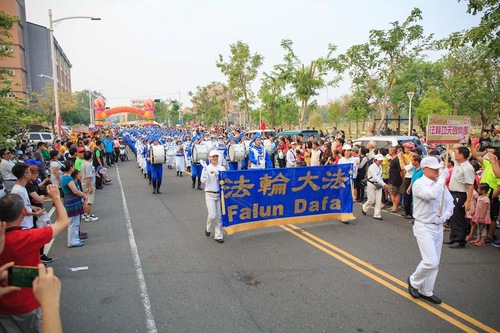 The Tian Guo Marching Band performs at a cultural festival in Kaohsiung on November 19 and 20, 2016.

In addition to the band, the Falun Dafa entry also featured “Heavenly Maidens” and a waist drum performance. Ms. Lan, secretary-general of the organizing committee, said that Falun Dafa practitioners were specifically invited and lined up to lead the parade.

“Falun Dafa practitioners are of such high caliber—we are really honored to have them here,” she said.

A Gift to the Community

Chen Zhenkun, township officer of the Qiaotou District township, an area well-known for horticulture, was very pleased to see the Tian Guo Marching Band. “They are really good, truly awesome.”

Having met many practitioners in the past, Chen was impressed by how much they have contributed to the community: “It [Falun Dafa] uplifts people's minds and has brought us prosperity.” 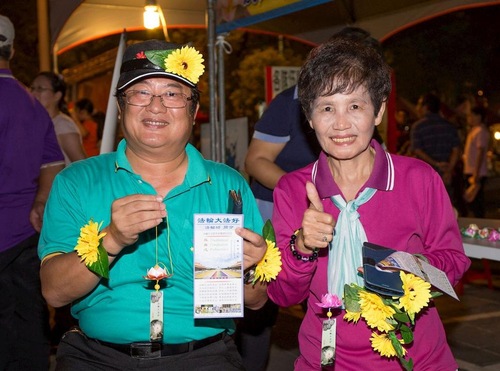 Chen Yangwen, another former elected official, agreed. “I have heard many stories of people starting to practice Falun Dafa, and their families become happier and their work ethic improves significantly.”

She said Falun Dafa is a gift to the community, “because it helps us to be healthier and our neighborhoods to be friendlier.” 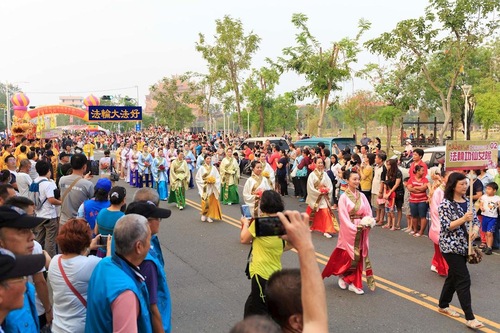 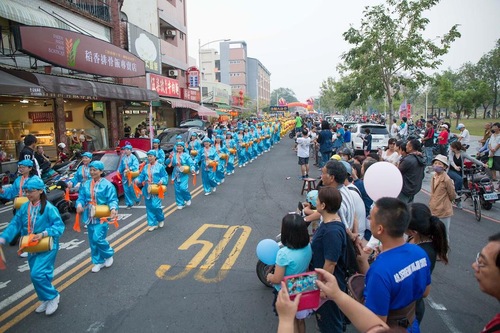 Celestial maidens (top) and waist drummers (bottom) in the parade

Cheng Mingshan, chairman of a children’s garment company and one of the parade organizers, said he liked the Tian Guo Marching Band and the waist drums. “They [practitioners] are well organized, and everyone does their best.”

Cheng, who knows that Falun Dafa is taught free of charge and has been embraced in more than 100 countries, said many people have become more respectful and their lives have improved as a result of the practice. 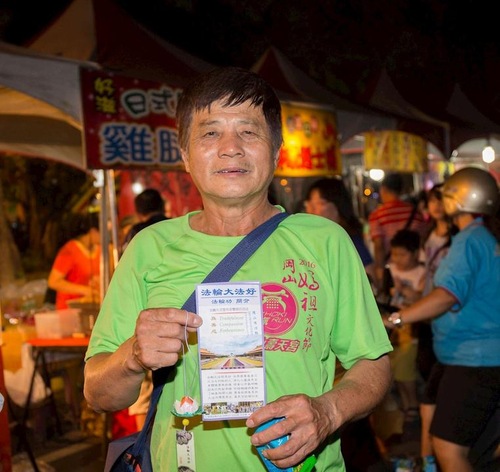 Referring to the persecution of Falun Dafa in mainland China, he said the parade today and the integrity its practitioners demonstrate in their daily lives are enough to defeat the defamatory propaganda spewed out the communist party. “What we see here is evidence of virtue,” he added.

Hou Huibi, manager of Changhong Construction Company, came to the activities with his grandson. Seeing the Falun Dafa booth, he stopped to chat with practitioners.

“When I visited a friend recently, he recommended Falun Dafa to me and gave me a copy of Zhuan Falun.” After reading the book, Hou was very touched because it was much better than other meditation and qigong systems he had tried in the past.

“I started to practice only five days ago, and I’ve already noticed many improvements—for example, I no longer need to drink coffee to help me get focused. Falun Dafa is really great,” he said.

Ms. Sun, a representative at a healthcare booth, said she had heard about Falun Dafa before, “But I only knew that it was banned in mainland China. Today's experience gave me a fresh look at it. Now I know Falun Dafa is something too good to miss.”