(Minghui.org) Falun Gong practitioners in Sweden returned to the country's largest annual health and wellness expo, the Harmoni Expo, held in Solna on October 29-30. Many visitors took an interest in this ancient Chinese cultivation practice, which is also known as Falun Dafa. 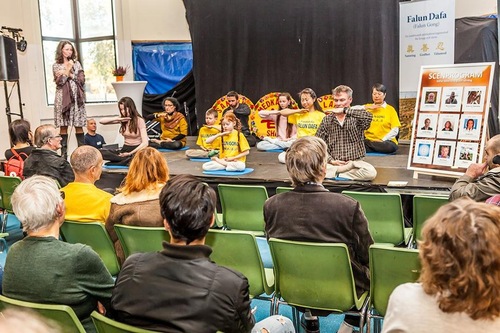 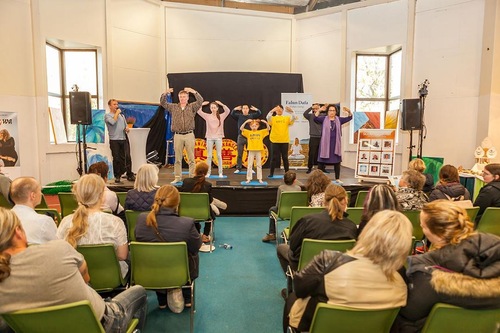 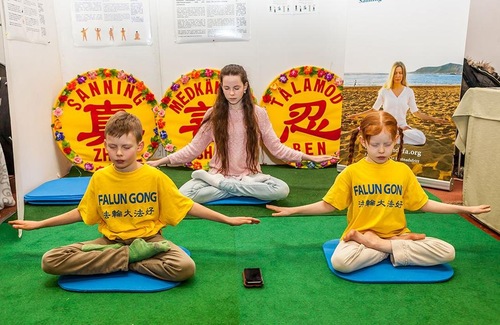 Many visitors registered to attend the Falun Gong introductory workshop to be held in Stockholm, while others got information on practice sites in other cities.

Visitors also raised many questions regarding the persecution of such a peaceful practice in China. They were shocked to learn that the Chinese communist regime has gone so far as harvesting organs from living Falun Gong practitioners for profit. They signed a petition calling for an end to the atrocity.

“I Wish I'd Learned This Sooner!”

A longtime fan of qigong, Ellen was intrigued by the three words: “Truthfulness-Compassion-Forbearance” as she passed by the Falun Gong booth. She said, “My entire body felt relaxed when I came to this booth.”

She said that she did not dare to learn about Falun Gong before because she had believed the Chinese regime's propaganda re-broadcast by the Swedish media. Now that she learned the real story behind the persecution, she realized that Falun Gong is what she has been looking for. “I'll definitely learn Falun Gong,” she said. “I wish I'd learned this sooner!”

A Swedish woman, Anette, and her boyfriend had attended several qigong classes before. She was excited about learning the practice after watching the Falun Gong presentation. She signed up for a Falun Gong introductory workshop.

An Iranian young man came to the Falun Gong booth and asked a lot of questions about Falun Gong. He also brought his family to watch the on-stage exercise demonstration and enrolled in a Falun Gong workshop. He told a practitioner excitedly, "My name is Omid, which means 'hope' in Persian." He stayed at the Falun Gong booth until the end of the expo. 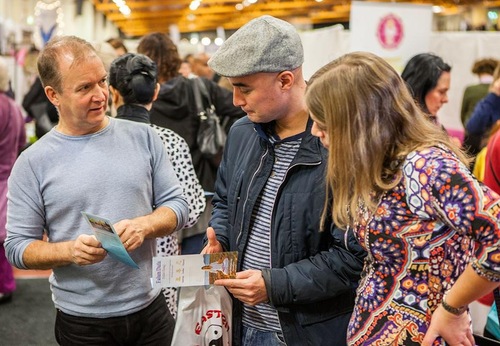 “Stop the Influence of Communist Party Culture (5) – On Eliminating Cunning”