(Minghui.org) A Jilin City resident was tried on September 19 without the knowledge of her family or lawyer.

Ms. Liu remains at Jilin City Detention Center following her arrest on January 30, 2016 after being reported for giving out materials bearing information about Falun Gong, a spiritual discipline being persecuted by the Chinese communist regime.

She is forced to do hard labor without pay on a daily basis. In the meantime, the police have refused to return her impounded car. 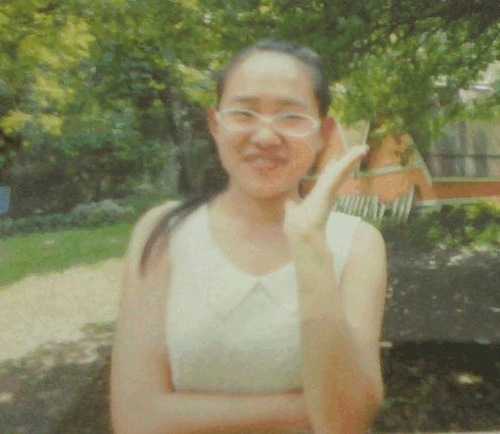 When Ms. Liu Shengcao, 28, protested the hearing being held without her lawyer, Judge Guo Rui replied, “You have an out-of-town lawyer from Beijing, so we can’t inform him!” The prosecutor followed up by recommending a prison term of 5-8 years.

Judge Guo demanded additional information from Ms. Liu’s lawyer, who had no clue of the trial, when he visited the courthouse on September 22. She claimed that he must submit the following documents within one week before he was allowed to represent Ms. Liu:

When challenged, the judge could not cite any legal basis that mandates the submission of those documents.

Ms. Liu’s brother, who also had no knowledge of the trial, submitted an application to testify for her on September 23, after realizing that the court was doing its best to stop the lawyer from defending his sister. The court staff, under instruction from Judge Guo, accepted his paperwork without mentioning anything about the trial.

It wasn’t until later in the day on September 23 that the lawyer learned from Ms. Liu at the detention center that she had already been tried. Ms. Liu said she didn’t realize she was about to be tried until she was brought to the courthouse.

Ms. Liu revealed that the prosecutor listed four local villagers (Gong Yue, female, 29; Li Xianqiu, male, 43; Yu Chunhai, male, 51; and Liu Changjiang, male, 52) as witnesses, but none of them appeared in court. She suspects that they were pressured by the police to make false allegations against her.

About a dozen agents from the police department and the 610 Office attended the hearing, which was hurried through in 30 minutes. Ms. Liu was not given a chance to defend her constitutional right to freedom of belief.

Ms. Liu’s lawyer submitted the required paperwork to establish legal representation of her on March 1. He also requested that the procuratorate not formally arrest his client, asserting that no law in China criminalizes Falun Gong and that his client should not have to face prosecution for her faith.

The lawyer went to the detention center on March 14, but he wasn’t allowed to see his client.

Ms. Liu was twice threatened by agents from the procuratorate and the police on May 18 and May 20, respectively. They demanded that she write statements to renounce her faith. When she refused, they verbally abused her.

The lawyer visited the procuratorate on August 29, hoping to review Ms. Liu’s case documents. He was kept waiting for hours, but the court staff used various excuses to prevent him from accessing the file.

Judge Guo assured Ms. Liu’s family over the phone on September 5 that they would be notified of the trial date. However, the judge tried Ms. Liu on September 19 without informing her lawyer or family.

“Sichuan Woman Secretly Sentenced to 4.5 Years for Her Faith”