(Minghui.org) It was on the 1st of October, 67 years ago, that the Chinese Communist Party seized control of the nation. Many Chinese consider this date a day of national mourning.

Last Saturday, 1200 Falun Gong practitioners from Hong Kong and other Asian regions held a rally and march calling for an end to the persecution of Falun Gong in China.

Several politicians and community leaders spoke at the rally, condemning the communist regime for its crimes in the persecution, particularly harvesting organs from imprisoned practitioners for profit.

The march and rally drew attention and support for the 250 million Chinese people who have withdrawn their memberships in the Chinese Communist Party and its affiliated organizations. Many more Chinese tourists joined the movement, deciding to quit the Party during the event. 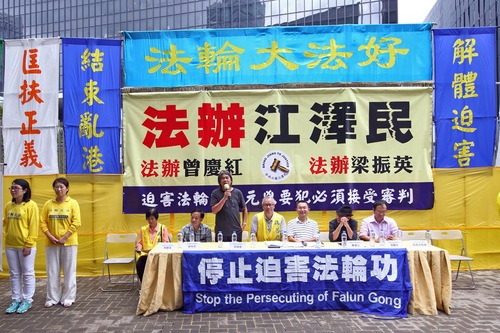 The large banners in the middle read (from top down): “Falun Dafa is Good” and “Bring Jiang Zemin to Justice.” Jiang Zemin, as the former communist head, launched the persecution of Falun Gong in 1999, and personally directed it. 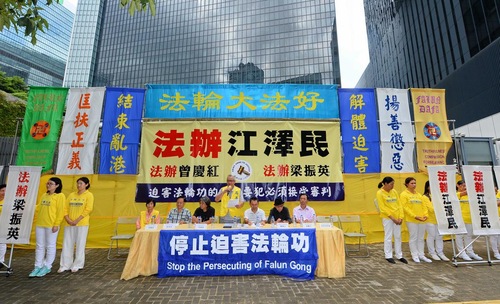 Kan Hung-cheung, spokesperson for the Hong Kong Falun Dafa Association, calls upon Chinese people to recognize the evil nature of the Communist Party. He emphasized in his speech that the major murderers of the persecution, including Jiang Zemin, will soon be brought to justice. 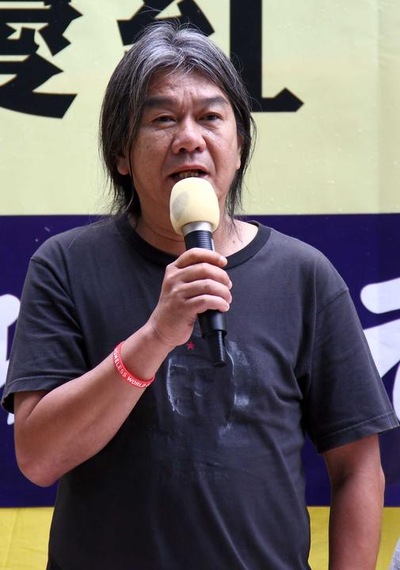 Leung Kwok-Hung, a member of the Legislative Council, condemned the 17-year-long persecution of Falun Gong. He pointed out that the state-sanctioned organ harvesting is anti-humanity and that it's the Communist Party that is actually a cult. 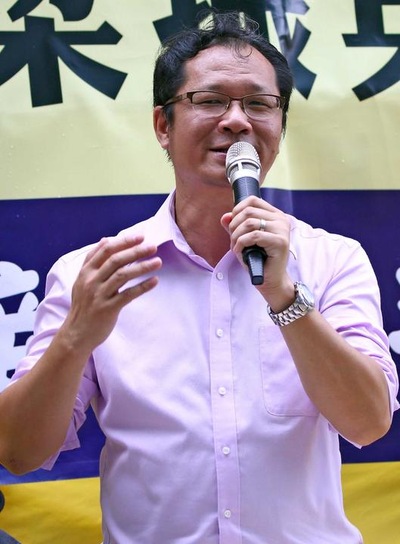 Richard Tsoi, the former vice-chairman of the Democratic Party in Hong Kong, briefly reviewed the Communist Party's history of killing its own citizens. He called for joint forces from the democratic activists to end the governing of the Communist Party. 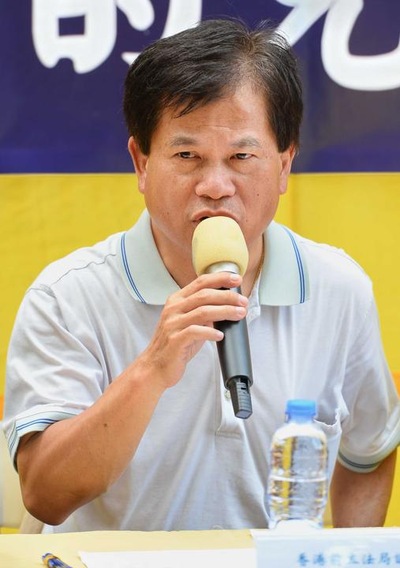 Fung Chi-wood, a former member of the Legislative Council and a pastor of the Anglican Church, praised Falun Gong's spirit of Truthfulness-Compassion-Forbearance in the face of the brutal persecution. He believes that the persecution will fail, and the murderers will meet their due. 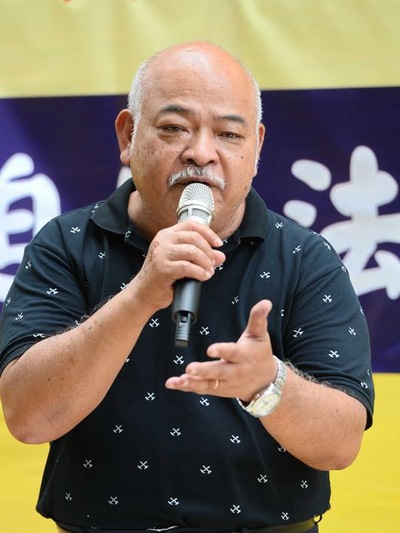 After the rally, a march of 1,200 participants kicked off from North Point Ferry Pier at 2:00 p.m., proceeded through downtown and ended at the Liaison Office of the Chinese Central Government four hours later. 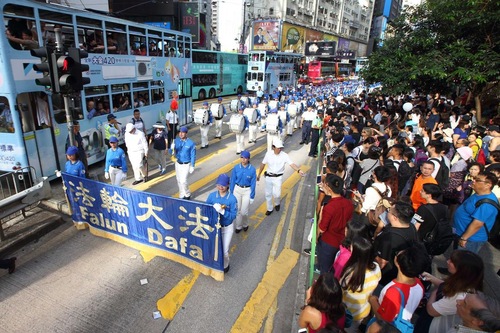 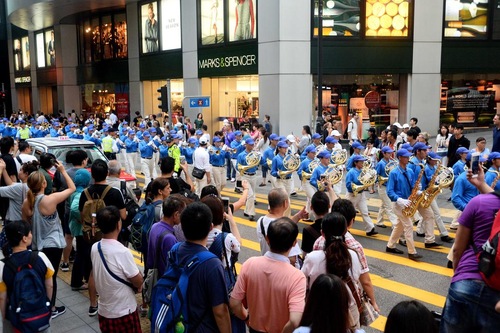 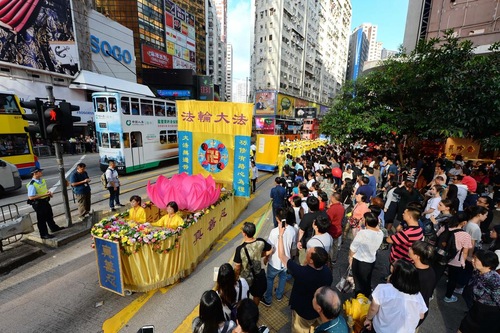 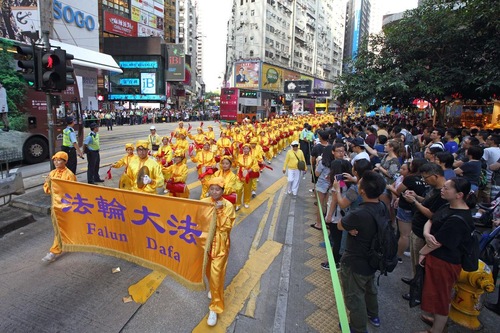 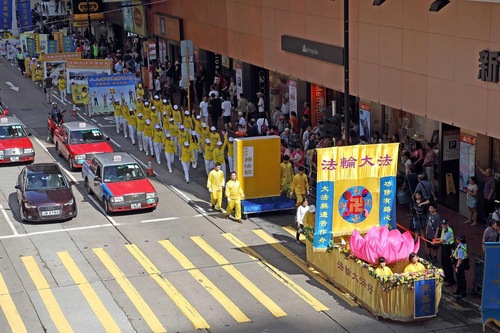 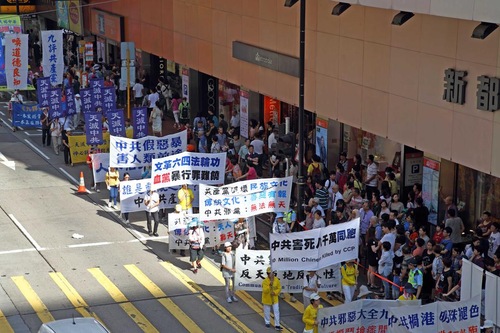 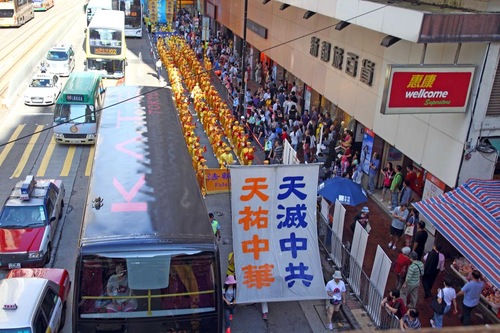 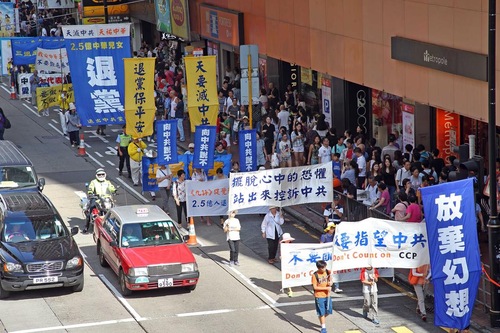 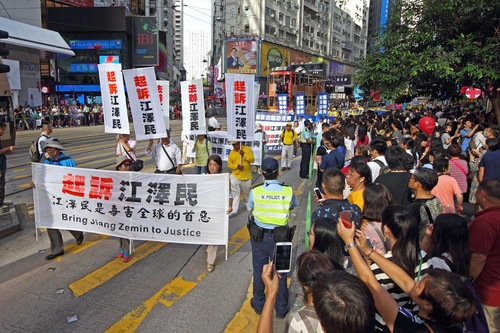 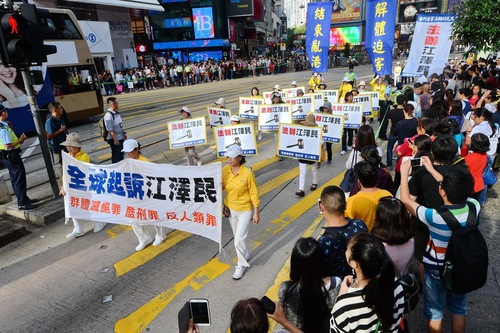 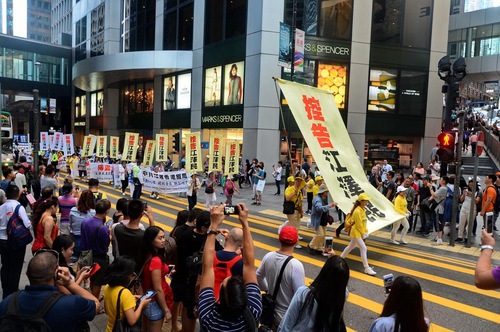 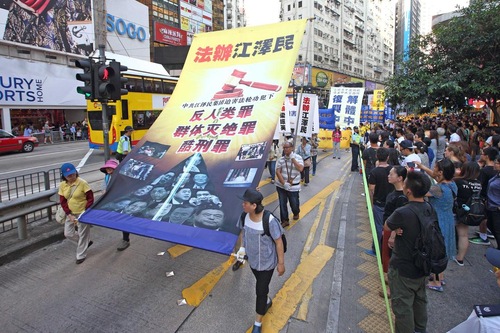 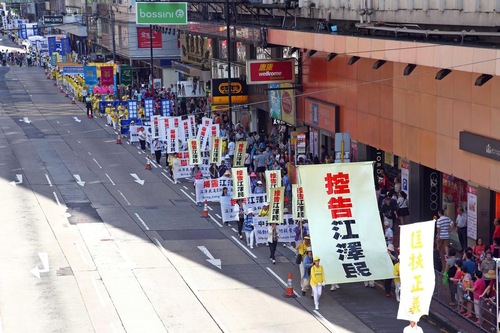 Banners publicize the lawsuits against Jiang Zemin, which have been filed by 200,000 practitioners since May 2015. More than 1.8 million people from seven Asian countries and areas signed petitions to support the movement. 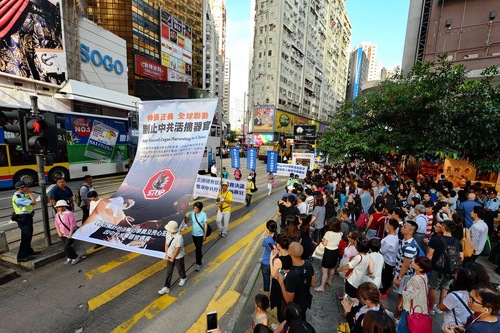 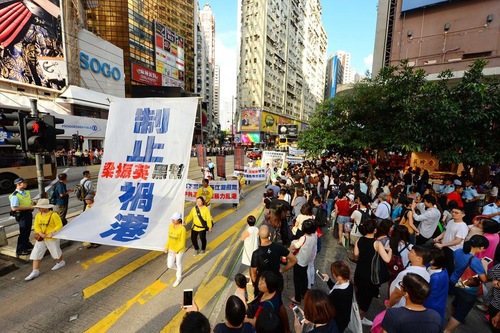 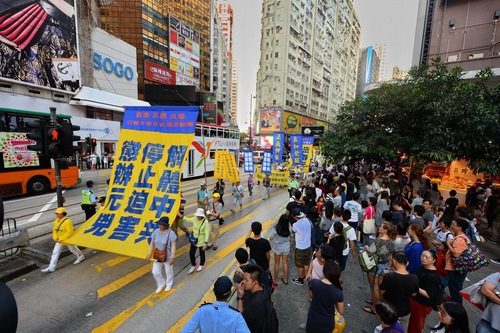 Banners expose the facts of China's state-sanctioned organ harvesting and called for an end to Communist Party rule.

Many Chinese visiting Hong Kong for the long holiday weekend saw the Falun Gong march and were appalled by the brutality of the persecution. Some decided to withdraw their memberships in the Party.

Mr. Zhang from Shenzhen, China, was visiting Hong Kong for the first time. He was amazed by the grand march. He took a lot of photos and videos for his friends back in China.

“Everybody should enjoy the freedom of belief,” Mr. Zhang said. He condemned the organ harvesting and hoped to do something to stop it. He agreed to quit the Communist Party. 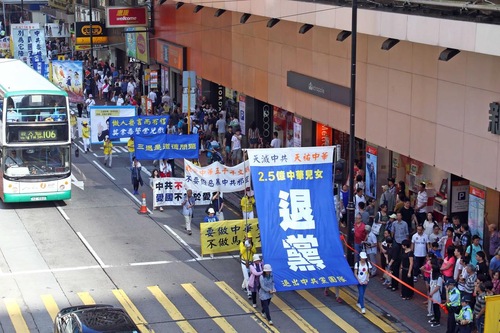 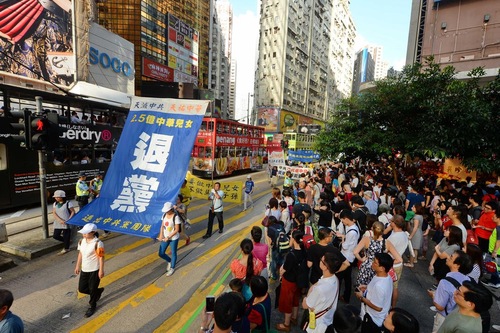 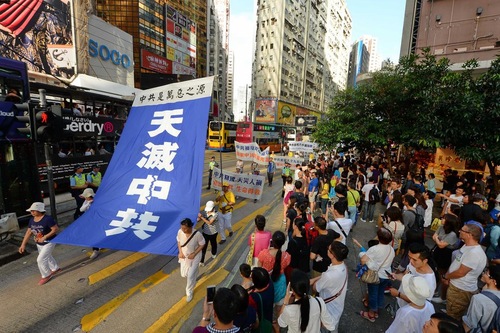 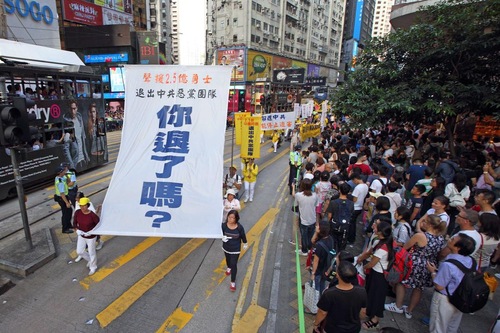 Banners call on the Chinese to quit the Communist Party so as to stand up against its atrocities.

A college student from China, who had never heard of the forced organ harvesting, was shocked by it. “It is so disgusting and brutal. It is anti-humanity,” he said. “The organ harvesting must be stopped. How can a political party treat its own people like that? It deprives people of their dignity.”

That student quit the Party, too.