On Thursday, practitioners assembled in front of 10 Downing Street and the Foreign and Commonwealth Office, displaying banners and handing out flyers to raise public awareness of the 17-year-long persecution of Falun Gong in China. 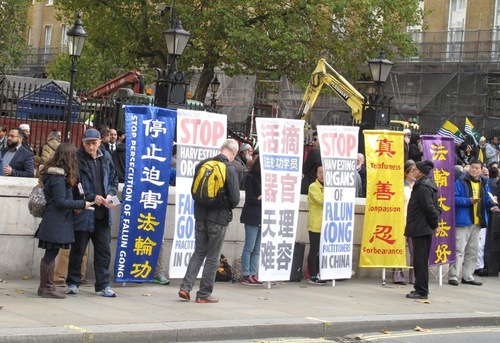 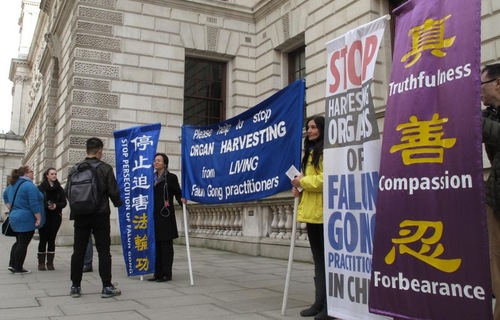 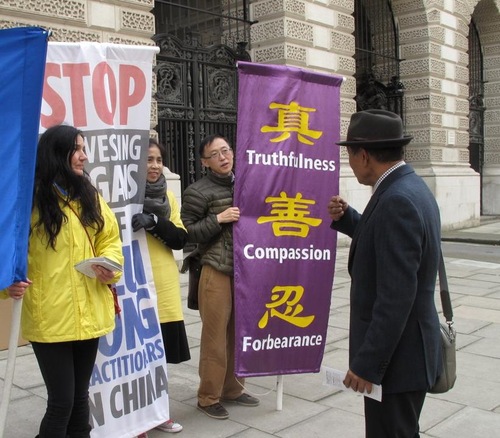 Falun Gong's protest outside of the Foreign and Commonwealth Office

Dr. Liu Wei, chair of the Falun Dafa Association in the UK, said, “We have noticed that the UK-China human rights dialogues have been done in the closed-door format. We cannot see any positive impacts of this closed-door dialogue on the 17-year-long persecution of Falun Gong in China.

“We must let the entire international community know about this brutal, intolerable persecution. Today, we come here to express our appeal for your attention. We hope the attendees of this dialogue, Chinese and British, will hear our voice.”

Falun Gong practitioners called upon the government of the UK to remain committed to respecting human rights and freedom of belief and to speak up on the issue of Falun Gong.

German government officials have indicated that the Falun Gong issue will be brought up at the EU-China Dialogue on Human Rights.

At the forum, Manyan Ng and Hubert Koerper from the International Society for Human Rights highlighted the severity of the state-sanctioned forced organ harvesting from Falun Gong practitioners in China.

Two activists delivered to Kofler a petition signed by 21,000 German citizens that condemn the forced organ harvesting. They also briefed Kofler on the updated investigations into this crime by independent investigators. 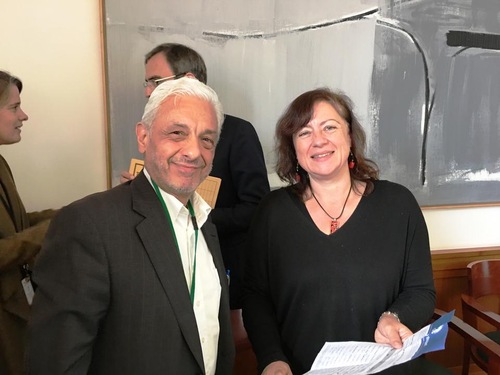 Kofler promised that, “no matter what,” the forced organ harvesting issue will be brought up during the EU-China Dialogue on Human Rights.

Two days prior to the forum, two German lawmakers, Michael Brand and Martin Patzelt, had invited Falun Gong practitioners and other activists for a conversation on the issue of forced organ harvesting.

Patzelt said on his website that the German government should consider revising the laws related to organ transplants to prevent illegal trade in human organs.