(Minghui.org) A total of 1,920 Cangzhou City residents have signed a petition calling for the release of Mr. Song Xingwei, who was arrested for spreading information about the persecution of Falun Gong, a spiritual discipline based on the principle of Truthfulness-Compassion-Forbearance. 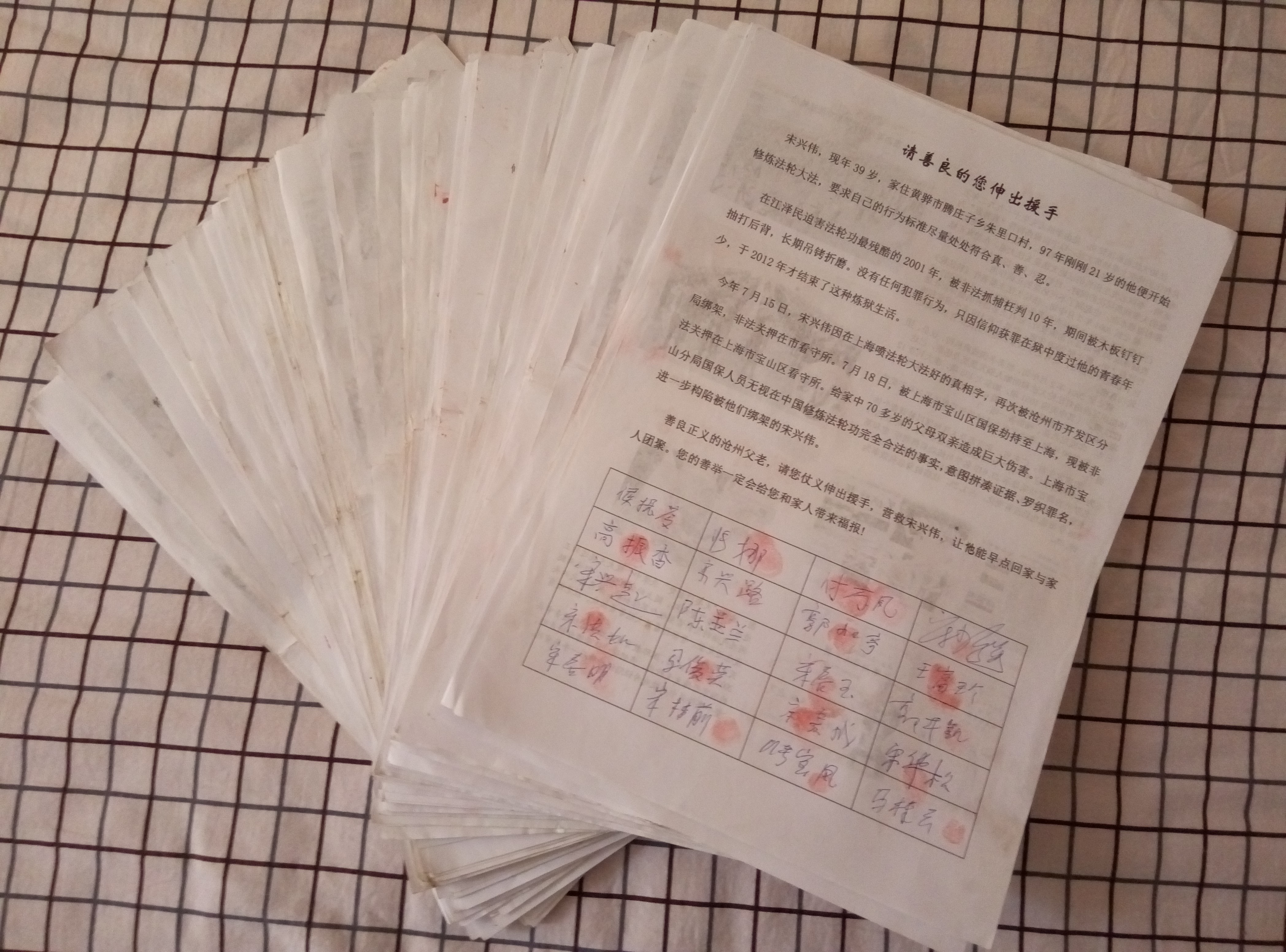 Cangzhou City residents sign and fingerprint a petition calling for the release of Mr. Song Xingwei.

The petitions were mailed to the Shanghai Procuratorate, Shanghai Police Department and other relevant agencies.

The petition gives a snapshot of Mr. Song’s suffering for exercising his constitutional right to freedom of belief and freedom of the press.

Mr. Song started practicing Falun Gong (also known as Falun Dafa) in 1997. He became a target after the persecution began in 1999.

He was sentenced to 10 years in prison in 2001 for refusing to renounce Falun Gong. The prison guards subjected him to various forms of torture. He was once hit in the back with a wooden plank covered with spikes. He was also hung up for extended periods of time.

He was arrested again four years after his release in 2012. Cangzhou police seized him on July 15, 2016, after receiving a tip that he had spray painted messages reading “Falun Dafa is good” in Shanghai. They handed him over to Shanghai police three days later. He is now being held at Baoshan District Detention Center.

“Seamless Coordination Among Practitioners Is of Paramount Importance”