(Minghui.org) Over 4,000 Falun Gong practitioners from around the world held a spectacular parade in San Francisco on October 22.

The purpose of the procession was to demonstrate the great mental and physical health benefits of Falun Gong (also known as Falun Dafa), a spiritual guideline that teaches Truthfulness-Compassion- Forbearance, and to expose the ongoing persecution of the practice in China.

While the spectators appeared to enjoy the parade, they were distressed to learn how terrible the persecution is. Some of the onlookers and tourists from China decided to quit the Chinese Communist Party (CCP) and its affiliated associations after they found out how the practitioners in China have suffered. 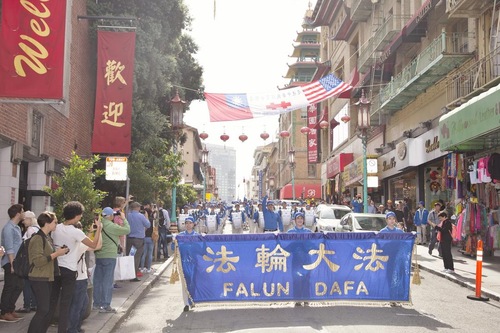 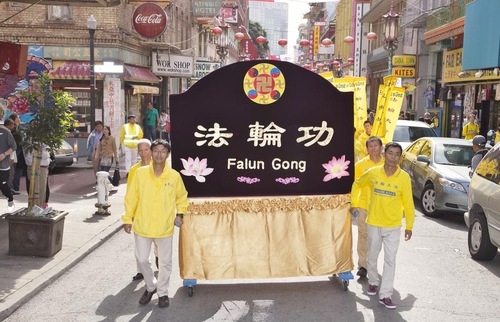 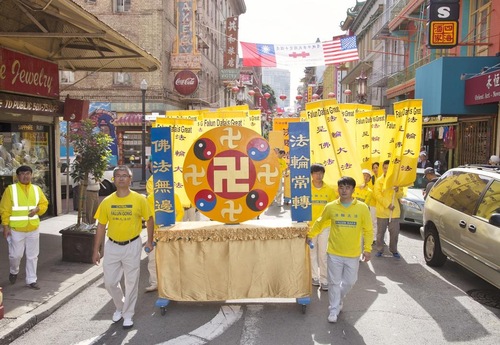 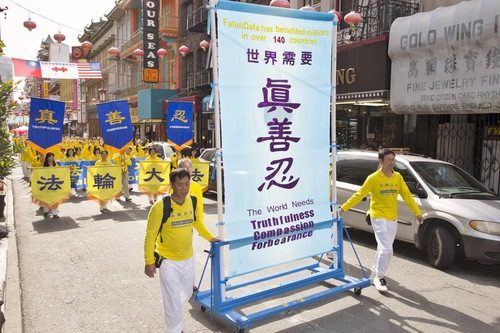 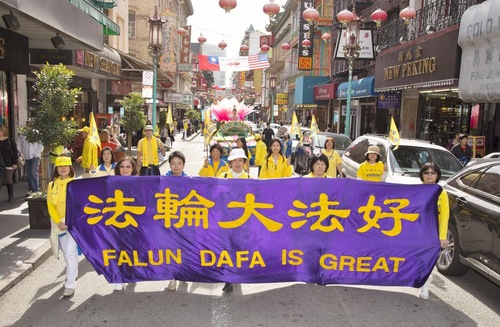 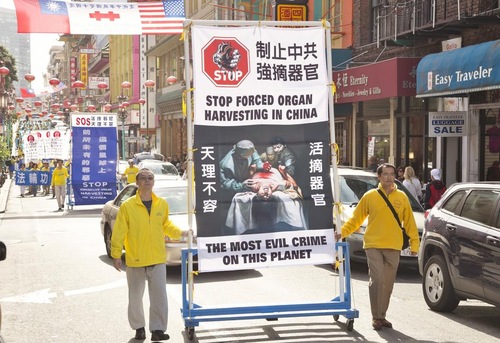 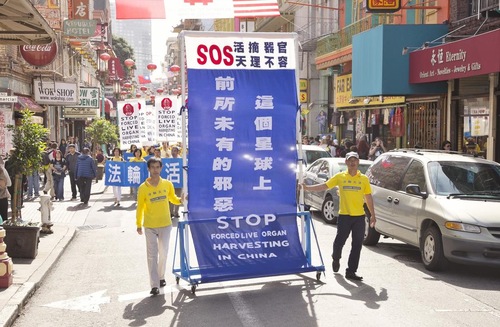 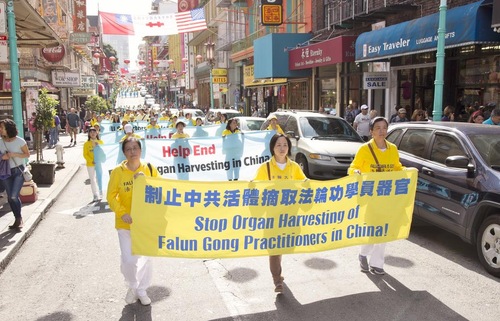 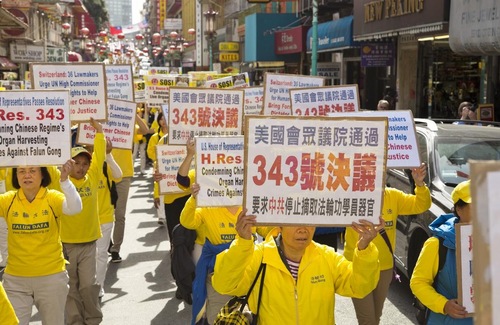 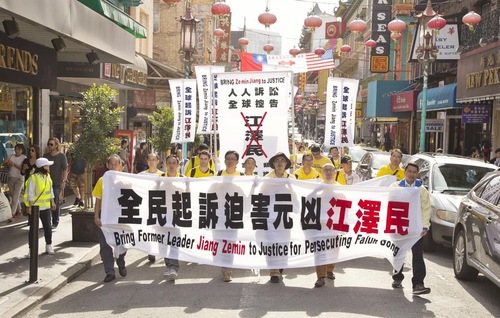 4,000 Falun Gong practitioners from around the world paraded in San Francisco on October 22, 2016, to celebrate the benefits of the practice and to expose the fact that it is being persecuted in China.

Mr. Li from Heilongjiang Province said that he had read Zhuan Falun, the primary text of Falun Gong. When he and his family saw the parade, they realized that Falun Gong was very different from how the negative propaganda in China portrays it. His son chose to quit the CCP and its affiliations right then.

Ms. Tang was very impressed by the procession. “The energy field is so strong. This is the first time I’ve seen a parade with this many people. Everyone looks to be in such good spirits!” she said.

Noticing all the practitioners from different countries, Mr. Jin said, “I have seen every Falun Gong parade and know that many Westerners learn it. Falun Gong is a good practice, because every practitioner I know is kind.”

Having read the Nine Commentaries on the Communist Party, an editorial series published in The Epoch Times, Mr. Jin thought they were well-written. “I give copies of it to my friends from China so that they can take them home and share them. Everyone should read it so that they know what the CCP is really like,” he said.

He also had something to say about the state-sanctioned harvesting of organs from prisoners of conscience, including Falun Gong practitioners. “Killing people and profiting from their organs—that is a crime that is lower than low. Jiang Zemin is responsible for it,” he said. Jiang is a former Chinese leader who started the persecution 17 years ago.

“They are very courageous,” an elderly man said of the many practitioners in the parade. In the 1950s his mother was killed in a struggle during one of the CCP's social movements because she was a land owner. He was about six years old at the time and later escaped to Hong Kong with his two younger siblings. “I wish I’d had the courage to stand up to the CCP like the Falun Gong practitioners do,” he said. He wished the practitioners the best.

As the parade passed a restaurant, an employee pointed to a paper lotus flower hanging in the restaurant window and asked if the practitioners could give him another one. He got the one in the window from a Falun Gong parade last year. The restaurant owner and all the staff were great supporters of the practitioners' efforts to protest the persecution.