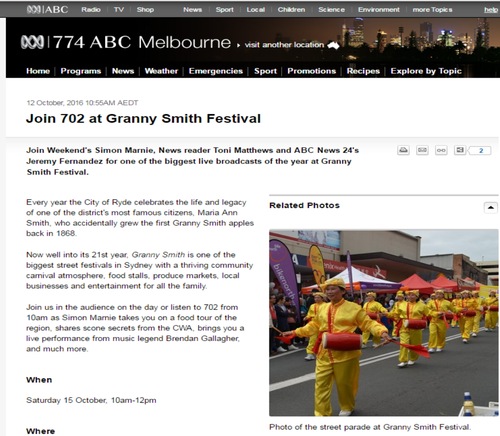 The Tian Guo Marching Band, waist drum team, and a float with practitioners demonstrating the exercises were once again a highlight of the program. 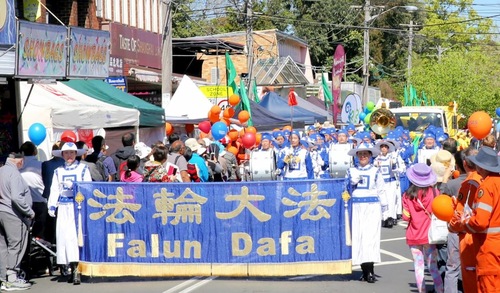 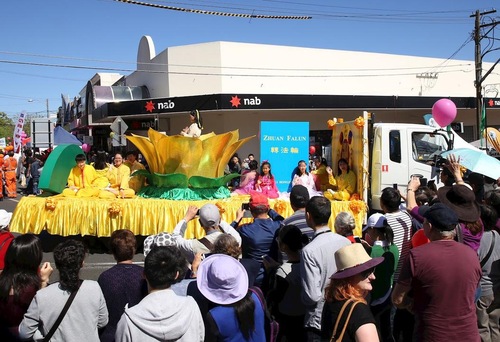 Spectators wave to practitioners on the float.

Jane Stott, deputy mayor of Ryde, said, “This band is unique. From their uniforms to their music, everything is excellent.” On the city's web page, a picture of the band’s performance was used to publicize the event. 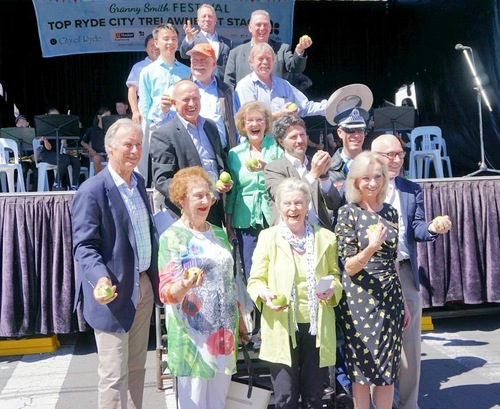 Melody, who has been attending the parade for 10 years, said of the Tian Guo band, “The colors are great and the music is wonderful. This is the best thing I have ever seen.” 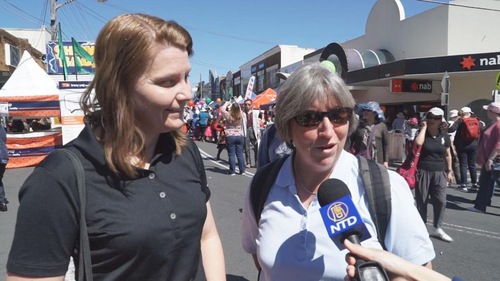 Lisa Clarke from the Australian Broadcasting Corporation International wrote an article on this event, which included photos of the Tian Guo Marching Band, waist drum team, and the float. The report was carried by several other news media outlets, including Republika, a national daily newspaper in Indonesia.

“Getting Out of a Despondent State”