A Look at Falun Dafa Around the World

(Minghui.org) For more than a decade, practitioners of Falun Dafa (also known as Falun Gong) around the world have participated in all kinds of community events to raise awareness of and call for help in ending the persecution of the meditation practice in China. Their supporters have also actively spoken out for them in the media.

This newsletter covers news from Europe and six events held in Australia, Slovakia, the United States, South Korea, Japan, and Mexico in the last few weeks.

More media outlets are paying attention to the killing of prisoners of conscience for their organs in China.

At a seminar held at Karolinska Institute in Stockholm, Sweden, Kilgour and Matas told 30 physicians and nurses in the field of organ transplantation that most of the 60,000 transplants performed in China each year used organs from prisoners of conscience, mostly Falun Gong practitioners.

Both investigators, as well as their host the Swedish Member of Parliament Niclas Malmberg, hope that Sweden will pass laws to ban transplant tourism to China, as the Spanish and Israeli governments have done.

The Swedish national newspaper Svenska Dagbladet (SVD) and TV4 channel covered their conversation at Karolinska, one of the most prestigious medical institutes in the world. 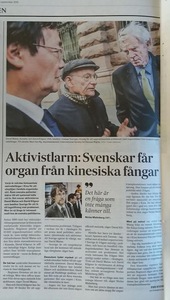 Svenska Dagbladet (SVD) published a story on the state-sanctioned organ harvesting in China. 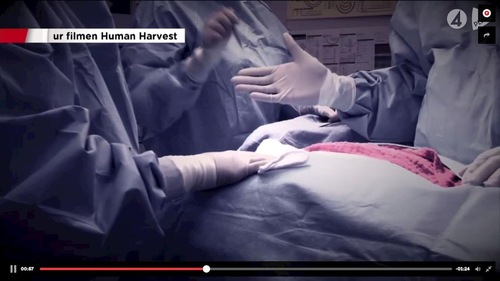 Mr. Matas was also interviewed by the Danish radio station Radio24syv. During the live broadcast, Matas told the audience that the data in their new report were collected from the official websites of the Chinese hospitals that have conducted organ transplants.

He said his original motivation was to find out whether forced organ harvesting really occurred in China. He was deeply shocked by the astonishing numbers they found during the investigation.

Matas and his collaborators are not alone. More non-governmental organizations, such as Doctors Against Forced Organ Harvesting (DAFOH), as well as individuals, have been working to investigate and raise awareness of the issue.

A snapshot of the interview webpage of Radio24syv, which quotes the researchers' finding that the true number of organ transplants performed in China is far more than the number given by the Chinese government.

Falun Gong practitioners all over the world often participate in local community events. In addition to introducing the ancient Chinese cultivation practice to the public, one of their major goals is to raise public awareness of the brutal persecution still taking place in China and collect signatures calling to end the persecution. 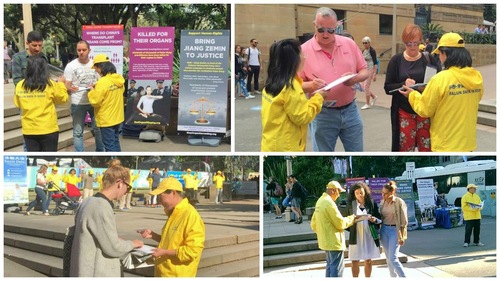 Passersby sign a petition to support Faun Gong's peaceful efforts to end the persecution in China. 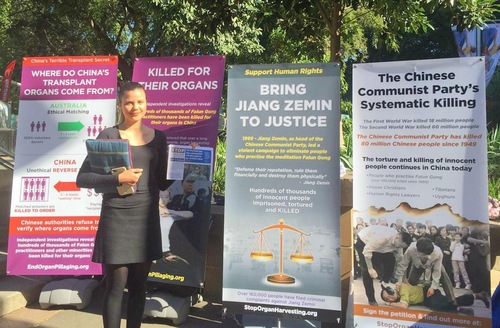 Brianna Stephenson, a college student majoring in journalism, said that she has made forced organ harvesting in China the topic of a class project. Brianna was shocked by what she found on this issue, and she is actively spreading the information. 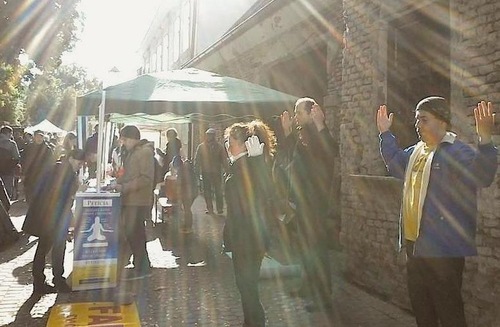 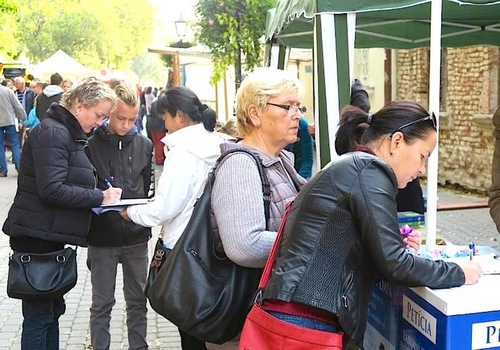 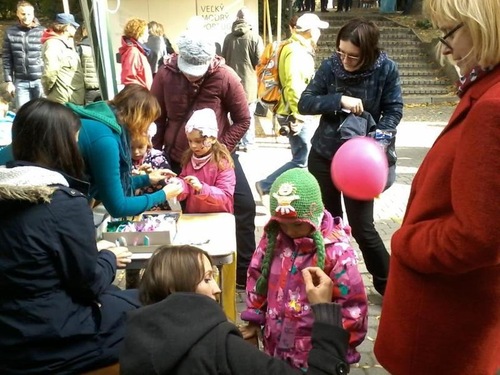 Practitioners teach children how to fold paper lotus flowers, which is a symbol of purity in Chinese culture. 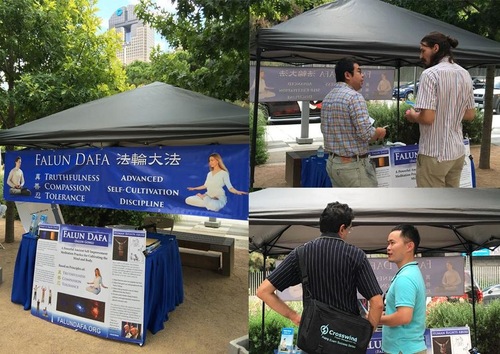 Practitioners attend the “Peace is Possible” event in Klyde Warren Park in Dallas. 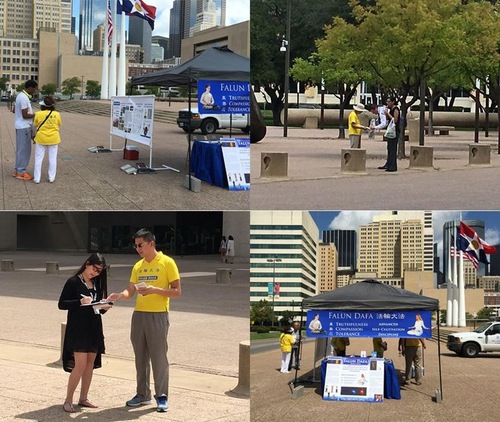 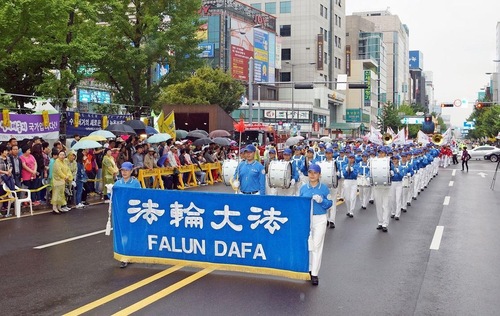 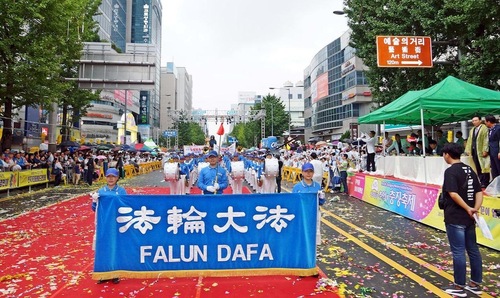 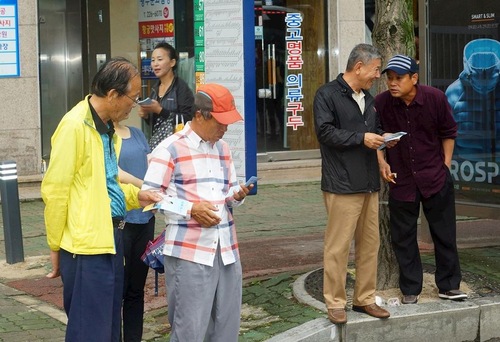 Spectators read flyers about Falun Dafa and the persecution in China. 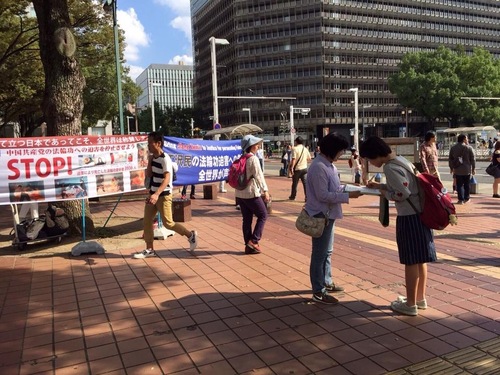 During the two-day event, nearly 1,000 residents and tourists signed the petition.

Teaching the Exercises at Alva Edison University in Puebla, Mexico 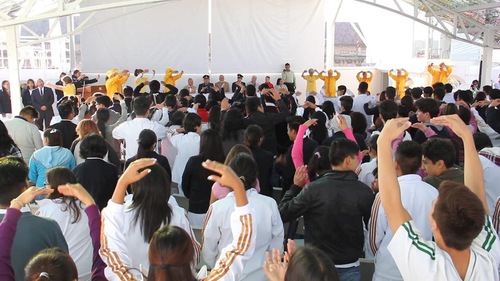 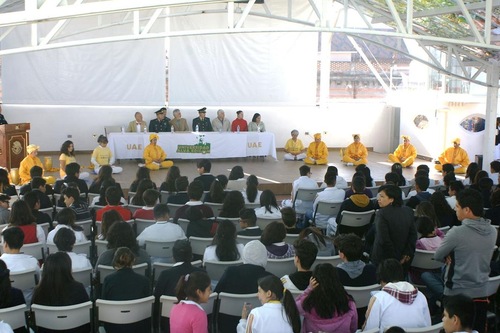 Professor Jorge León, the president of the non-governmental association that leads the Alva Edison University, invited the practitioners to present the spiritual discipline to strengthen the humanistic education of professionals based on universal values. 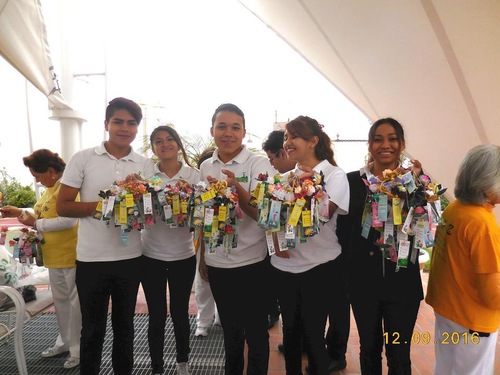 Each student received a lotus flower with the Chinese characters, “Truthfulness, Compassion, Forbearance.”