(Minghui.org) Falun Dafa practitioners from across South America gathered in São Paulo, Brazil on October 9 for the South America Fa Conference. Master Li Hongzhi, the founder of Falun Dafa, sent greetings to South American practitioners, encouraging them to be diligent in their cultivation and wishing the conference a great success.

Conference attendees hailed from Brazil, Argentina, and Chile. As there are no large concentrations of Dafa practitioners in South America, this meeting was a wonderful opportunity to meet and share experiences in practicing Falun Dafa. 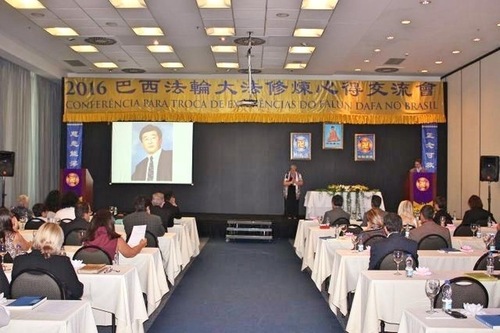 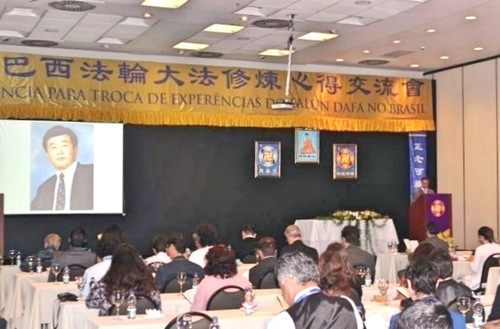 Several of the speakers mentioned that they often felt lonely in their local towns, with no other practitioners around for encouragement and communication. They talked about how they have overcome these difficulties and diligently push forward in cultivation.

For example, 22-year-old Pedro studies the teachings of Falun Dafa and reads articles published on the Minghui website every morning with other practitioners in different areas using online communication tools. Sharing like this on the internet has helped him a lot.

Solange talked about her experience of translating Minghui articles into her local language. “It helps me to improve in cultivation,” she said, “and this has also made my family life more harmonious. As I have improved, my husband, who used to be against me cultivating, saw my changes, and he changed his attitude. My 12-year-old daughter started practicing Falun Dafa with me recently.”

Translating Minghui articles has also helped Matheus. Not only has he become more energetic and mature, but he has also learned the details of the 17-year-long persecution of Falun Gong in China.

Two practitioners shared their experiences of getting rid of lustful desires. They both mentioned the danger of such attachments.

Twenty-eight-year-old Rafael from São Paulo said that because of falling down on this issue, he had a stroke and could not see or walk. “I almost died,” he said. “Luckily, I realized what I did wrong. I sent forth righteous thoughts to eliminate the evil and asked fellow practitioners to do the same. I quickly recovered.” He thanked Master Li and Dafa for renewing his life.

Raising Public Awareness of the Persecution

The day before the conference, practitioners held a series of activities in São Paulo, talking to the public about Falun Dafa and exposing the persecution in China. Many people learned the exercises during the activities, and large numbers signed the petition to support Falun Dafa's peaceful resistance against the persecution. 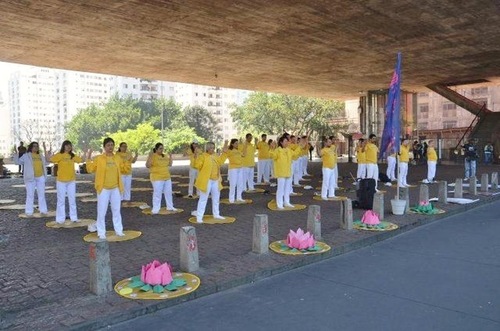 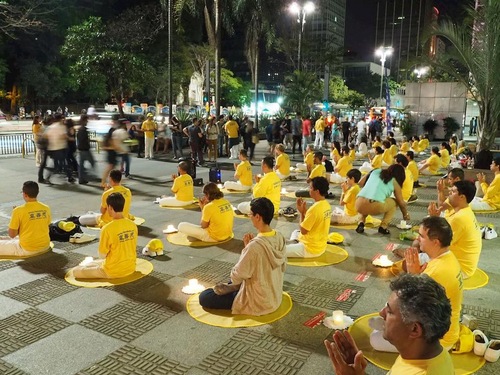 Demonstrating the exercises on Paulista Street, in the São Paulo business district. Several local residents and tourists learned the exercises. 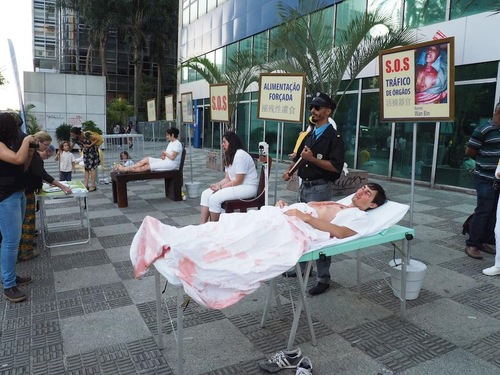 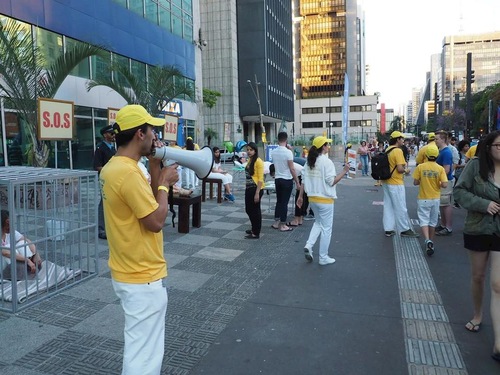 Disseminating information about the persecution in China 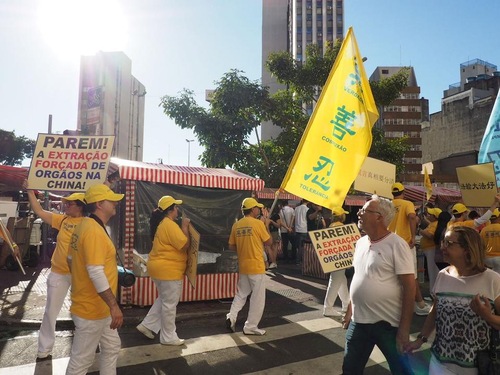 A march on Liberdade Street

Many people were shocked by the brutality of the persecution in China, especially the state-sanctioned organ harvesting from living Falun Gong practitioners. They signed the petition initiated by the organization Doctors Against Forced Organ Harvesting, calling on the United Nations Human Rights High Commissioner to pressure China to stop the forced organ harvesting atrocities. Many people also questioned why the mainstream media have largely kept silent on this issue for so long.

An older woman talked to practitioners for a long time with tears in her eyes. She could not believe that forced organ harvesting exists in the 21st century. She signed the petition to condemn the crime and wished practitioners much success in their peaceful resistance.

Practitioners also to went to the Chinese Consulate and staged a peaceful protest calling for an immediate end to the persecution.

“Two More Practitioners Sentenced to Prison for Their Faith”