Ms. Zhu Xixia was taken into custody November 2015. With the arrest approved, she now likely faces trial for filing a legal complaint against Jiang for torture and injection of unknown drugs during her illegal detention in 2008.

Ms. Zhu is from Mingshan Township in Daye City, Hubei Province. Police from Daye Domestic Security Division and Mingshan Township Police Substation arrested her on November 3, 2015, under the guise of investigating her complaint.

Officers ransacked Ms. Zhu’s home and took away cash, computers, and over 90 Falun Dafa books. Ms. Zhu was sent to the Huangshi City First Detention Center, where her family has not been allowed to visit her.

After Ms. Zhu’s arrest was approved, her lawyer met her at the detention center on December 18. Because she refused to give her signature, her hands were cuffed behind her back continuously for three days. 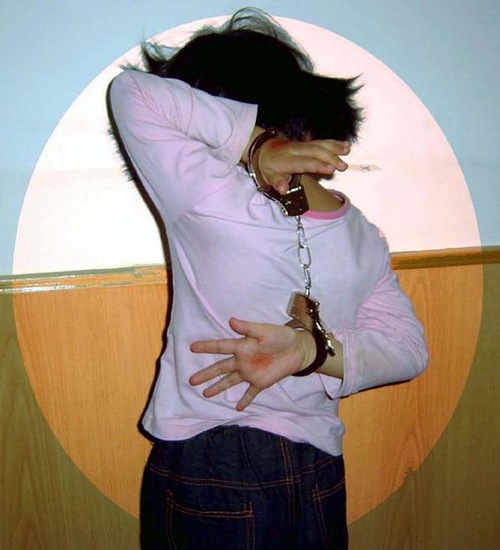 Torture Re-enactment: Handcuffed at the back

She was forced to perform manual labor without pay and assigned an unrealistic quota each day. If she didn’t finish, she wouldn’t get any food, and money would be taken from the deposit her family made for her daily expenses.

Ms. Zhu was once injected with unknown drugs at a brainwashing center in 2008, something which impaired her motor skills permanently. She could not finish the daily workload that the detention center assigned.

The following is Ms. Zhu's personal account of how she benefited from Falun Dafa and how she was persecuted by the communist regime for refusing to renounce her faith.

I used to suffer from dizziness and severe headaches. At times, I couldn’t even think, and I felt exhausted all the time. It got to the point where I almost collapsed mentally after being bedridden for two months. I had thoughts of committing suicide. However, since my child was not even one year old, I had to continue on.

My mother lent me a copy of Zhuan Falun on July 19, 1999. I understood the principles of “Truthfulness-Compassion-Forbearance” and how to become a better person. After I listened to Master Li’s lectures, I no longer had headaches. I became clearheaded and energetic. No matter how far I would walk, I wouldn't feel tired. This was impossible for me in the past!

On July 20, 1999, Jiang Zemin and the Chinese Communist Party started the persecution of Falun Gong. Ever since, police from the local police substation have been harassing and threatening me. However, I knew that Dafa had saved my life, and I refused to give up my beliefs.

I was arrested by staff from the Daye City 610 Office and Mingshan Township office in March 2008. I was sent to the Tangxunhu Brainwashing Center for over 30 days.

Every day, I was forced to listen to the center staff slandering Dafa. They would kick me and slam my head against the floor by pulling my hair. They would jab my face with their sharp nails. They would yell and swear loudly right in my ears continuously. 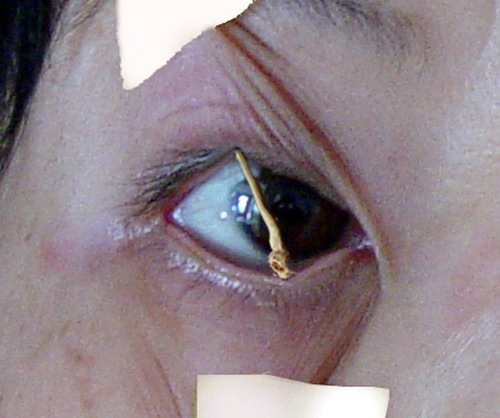 Torture re-enactment: Using toothpick in between eyelids to prevent practitioners from closing their eyes to sleep

They tied me to a cold chair and injected unknown drugs into me for three days. At midnight, I had heard somebody ask if I had any reactions. Gradually, I felt that I was losing some parts of my memory. They tried to force me to sign their paperwork. I refused. They were angry and tied me up again. The prison doctor forced tubes into my nose and throat over and over again. I suffered so much mentally that I almost had a breakdown.

I was released in April 2008. Under pressure, my husband was forced to monitor me. He also had an affair. After he saw my deteriorated health after going through all the torture, he forced me to sign divorce papers. I had to leave my own home and now have to take care of my young son on my own.

I knew only Falun Dafa could save my life. Through reading its teachings and doing the exercises, I was able to recover, both physically and mentally.

““We'll Stop Drawing Your Blood If You Agree to Eat””

“People See Amazing Changes in Health After Quitting the CCP”