(Minghui.org) Ten weeks after a 45-year-old woman died under suspicious circumstances in a detention center, the local police moved her body from the morgue without her family's knowledge and had it cremated a few hours later.

Ms. Sun Xiuju was a Falun Gong practitioner from Tengzhuang Village, Wucheng County, Shandong Province. She was arrested on October 22, 2015 after filing a lawsuit against former Chinese dictator Jiang Zemin for initiating the persecution of Falun Gong. 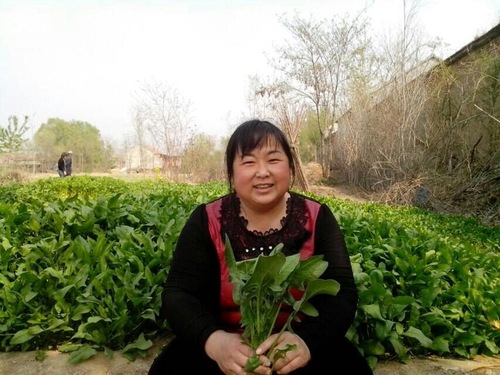 The day before her scheduled release, she was summoned to the guards' office of Wucheng County Detention Center to sign some papers. Several witnesses later confirmed that Ms. Sun, a very healthy woman, suddenly displayed symptoms of a stroke that evening. She died at 8 o'clock the very next morning on November 4, 2015.

Ms. Sun's family suspected foul play in her death and requested a thorough investigation. The local police department and the detention center, however, claimed that she had died of natural causes. As the tug of war went on between the family and the authorities, Ms. Sun's body remained in the morgue of the local hospital.

In the meantime, the police worked to intimidate the witnesses to make false statements about what they saw happen to Ms. Sun that evening.

Ms. Sun's family eventually gave in to police threats in early January and signed her death certificate, ruling her death a natural one.

The police called Ms. Sun's son at around 9 a.m. on January 13, informing him that his mother's body was scheduled for cremation at 2:30 that afternoon.

Shocked by what he heard, the son rushed to the hospital, only to be told more shocking news – Li Dongsheng (Wucheng County Detention Center Director) had already ordered the body transferred to the crematorium. The son wasn't sure if Li did this before or after the phone call.

As soon as the son and two of his relatives arrived at the crematorium, they were surrounded by several dozen armed police officers. When the son refused to sign the cremation paper, the police detained him. Unable to do anything to change the situation, the 21-year-old young man succumbed. His relatives took photos of what happened, but were soon forced by the police to delete the pictures.

Ms. Sun's son wasn't given her ashes after the cremation was done.

“Encounter in the Detention Center”