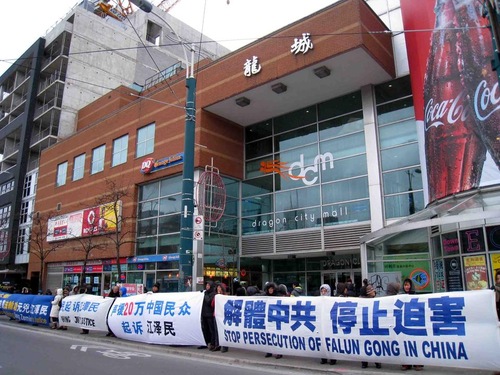 “Great Wall of Truth” event in Chinatown at downtown Toronto on December 28, 2015. 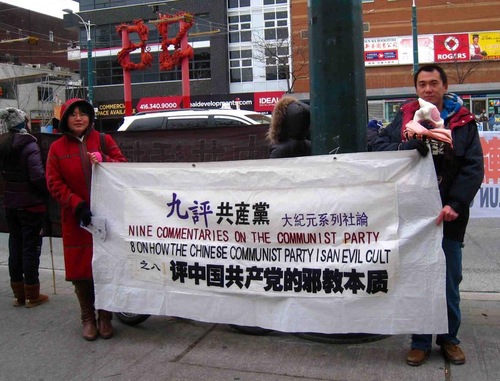 A banner promotes Nine Commentaries on the Communist Party.

Mr. Zhu and his wife brought their child to the event despite the cold weather. “We come here to let more people know about Falun Gong, and the truth about the persecution of Falun Gong in China,” said the wife.

She talked about how the Party controls the media in China and even most Chinese language media in other countries as well. She said that these media still spread lies defaming Falun Gong and hopes that the public will not be deceived by Party propaganda. 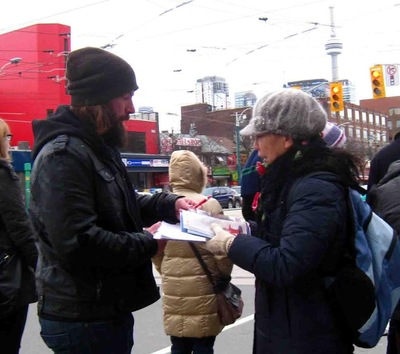 Sam, a civil engineer of Toronto.

“The Chinese Communist Party is crazy! We must put Jiang Zemin on trial,” said Sam, a civil engineer. He signed the petition and thanked practitioners for their efforts. 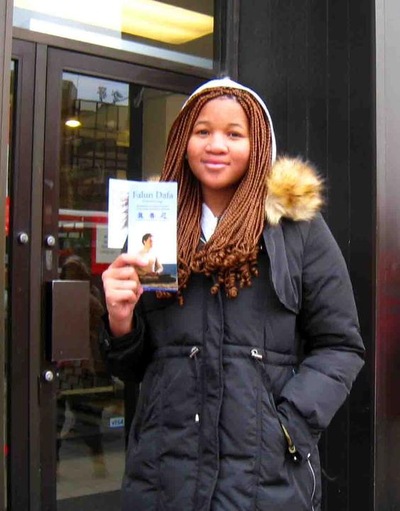 “It is so sad to know that Falun Gong had their organs forcefully taken. I support your activities to end the persecution,” said Juliana, a resident of Toronto. 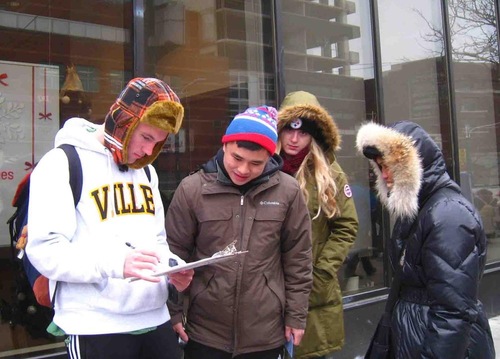 Jessie Herb (left) and friends from Millersville University in Pennsylvania.

Jessie Herb, a college student from Millersville University in Pennsylvania, commented that the lawsuits against Jiang Zemin are a positive step toward justice. “I support you!” He said while signing the petition.