(Minghui.org) Another year has passed. I thought about what I've done this year to tell people the facts about the persecution. I would like to share some examples of how people's attitudes have changed as evidenced by their receptiveness to our informational materials.

A fellow practitioner gave me some cards with, “Falun Dafa is good” and “Truthfulness-Compassion-Forbearance is good” written on them. When I gave them out to people at a farmers market, one street vendor who always said bad words about Falun Gong also asked for one.

I greeted him, and said, “How are you? I remember you've often said bad words about Falun Gong. Are you sure you want one?”

He told me that practitioners had talked with him about the communist party's defamatory propaganda against Falun Gong. In the beginning he did not want to accept what they said, but he later changed his mind. 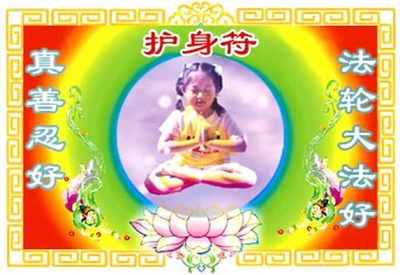 One type of small card Falun Gong practitioners in China give out to people. “Falun Dafa is good” and “Truthfulness-Compassion-Forbearance is good” are written on the card.

We chatted for a while and I gave him a card. He offered to pay for it, but I explained that it was free.

One day another practitioner and I took some desk calendars with information about Falun Gong and went to a street fair to distribute them. A crowd immediately gathered around us and everyone asked for one.

I said, “These are for people who have declared their withdrawal from the Chinese Communist Party (CCP) organizations. If you have not done so, please wait and let's talk about it. I will give you a copy after you quit the CCP.”

While I was distributing calendars, I noticed one woman who, despite many conversations, still refused to quit the CCP organizations. I briefly explained to her again the importance of doing so and this time she happily agreed. 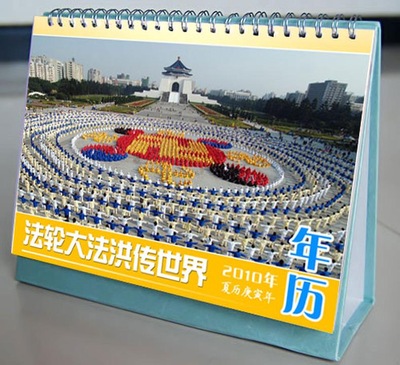 A desk calendar practitioners distribute in China. The words on the cover are “Falun Dafa is well received around the world.”

Another person, a Party Secretary, also withdrew from the Party. I handed him a calendar and a copy of the Nine Commentaries on the Communist Party. He happily accepted them and thanked me.

A 70-year-old man who lives nearby frequently asks for Falun Gong materials and I finally asked him why.

He explained, “People come to visit me and we like to chat. I give these materials to them.” I was glad to hear this and reminded him not to waste any pamphlets. He nodded and said yes.

After I was illegally arrested and detained, he looked for me and was very worried. When I ran into him after I was released, he told me that his friends are very supportive of Falun Gong and asked if I had any new materials.

As we met again later, he said he would like to read Zhuan Falun. I gave him a copy and he finished reading it within one day.

“Now I know Falun Gong is indeed great. I also feel sad so many people have been misled by the communist party's propaganda,” he said.

“Pressuring Someone to Give Up Falun Gong Is Unconscionable”

“Making Progress by Studying the Fa Together”