(Minghui.org) Ms. Peng Wenxiu died on December 24, 2015, while imprisoned for publicly distributing information about the persecution of Falun Gong. She was around 60 years old. 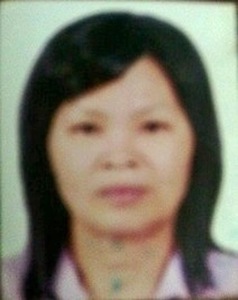 The Luhe County resident was arrested on June 12, 2014 and later sentenced to four years. While held at Baiyun District Women's Prison, Ms. Peng was subjected to various forms of abuse. According to her family, she had lost almost all her teeth within just one year of imprisonment. Unable to eat, she became very weak, yet the guards still tortured her on a regular basis. She died shortly before the new year.

Prior to her latest arrest, Ms. Peng was arrested in June 2008 and held at a local brainwashing center for some time.

Perpetrators Responsible for Her Arrest and Abuse:

“Because I Am A Falun Gong Practitioner...”