(Minghui.org) For the third time, the Lions Club in Changhua City, Taiwan hosted the Art of Zhen, Shan, Ren International Exhibition on September 19, 2015. Officials of the organization, local officials, and community leaders joined the opening ceremony of the seven-day exhibition. 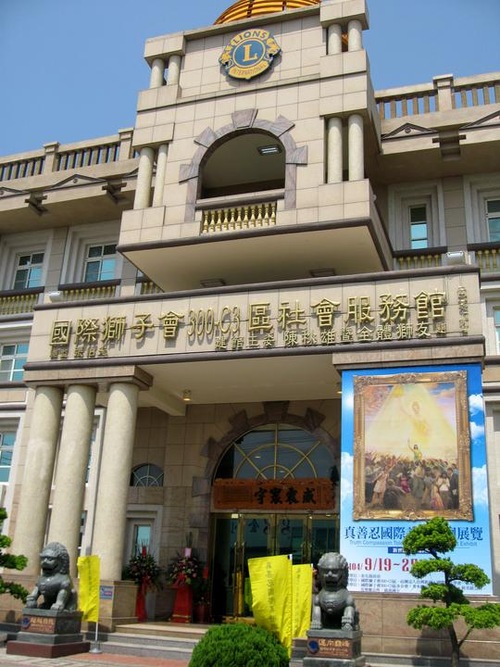 The Art of Zhen, Shan, Ren International Exhibition is on display at the Lions Club in Changhua City from September 19 to 25. 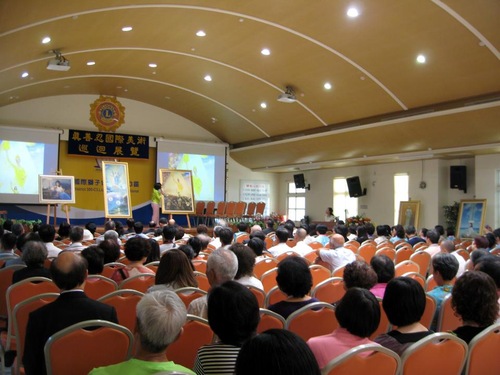 The opening ceremony on September 19.

Shiau Wen-Lung, director of the Changhua Lions Club, commended the artwork for their high artistic value. He also encouraged more people to attend the gallery.

Hsu Tiansheng, a former director of the organization, found the paintings “touching” and “enlightening.” He said the artwork brings positive energy to society, which is consistent with mission of the Lions Club.

“Everyone should have the freedom of belief. It should not be taken away for political or other reasons,” Mr. Hsu added. 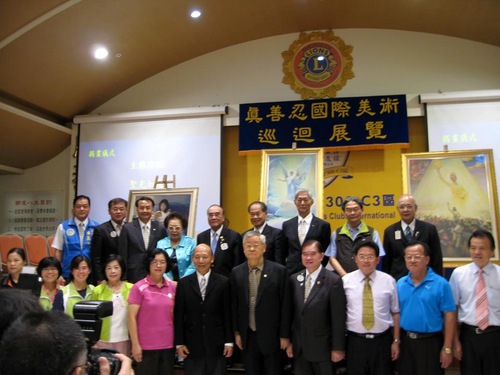 Shen Yung-chih, general manager of King-Town Rice Co., was impressed by the peaceful and pure message behind the paintings: “We live in a complex world. But when looking at these artworks, we have a serene feeling that purifies our mind and benefits our society.” 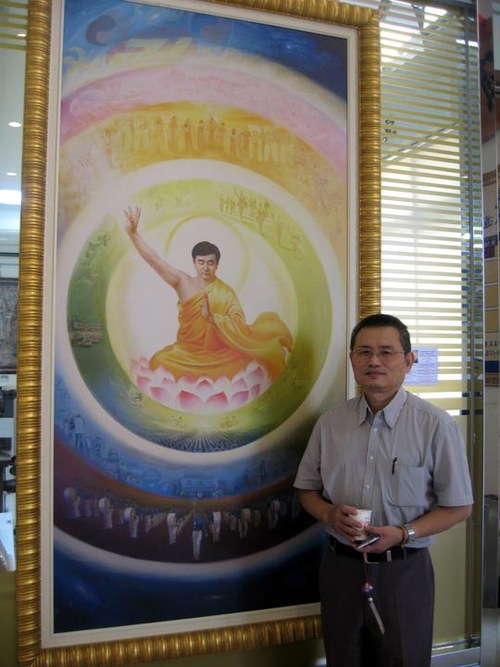 Having followed Buddhist teachings for many years, Mr. Shen said he was deeply touched by practitioners' perseverance and calmness while facing the severe persecution in China.

Lee Chengji, head of Huatan Town, thanked the exhibition for educating the public about the communist regime's brutality. He expects more efforts and more voices of this kind, which he said will eventually bring change.

Standing in front of the painting “An Orphan's Sorrow,” Lee reflected, “Many children became orphans, because their parents were persecuted simply for their belief.” He said Chinese officials needed to stop the suppression and that Jiang Zemin would be held responsible for the atrocity. 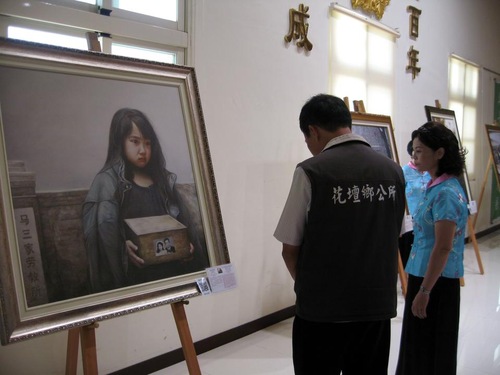 Lee Chengji looking at the painting “An Orphan's Sorrow.”

Lin Jun-yin, President of the Watercolor Society in Central Taiwan, praised the artwork because they relay a principle inherent in traditional Chinese culture–“Good is rewarded, and evil is punished.” He said more people will learn about the communist regime's brutality and practitioners' peacefulness through this art form.

Tu Qiumei, principal of Hsiu Shui Junior High School that specializes in art education, was impressed by the artistic level of the paintings, as well as their message of supporting the innocent. She said the school would arrange for 1,400 students to see the exhibition.