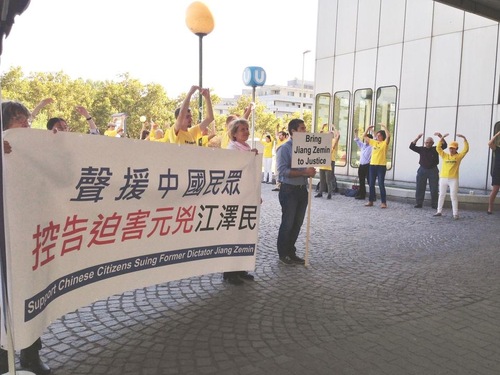 Practitioners raise awareness about the persecution of Falun Gong. 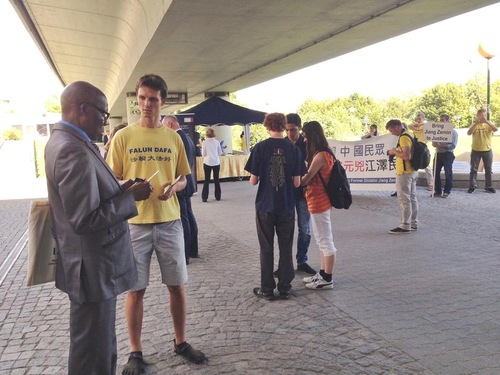 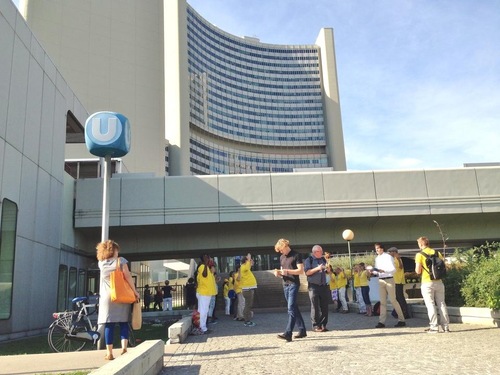 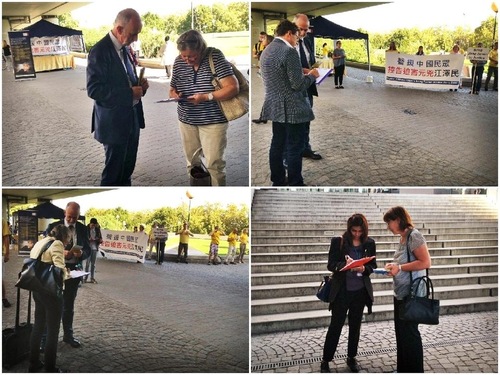 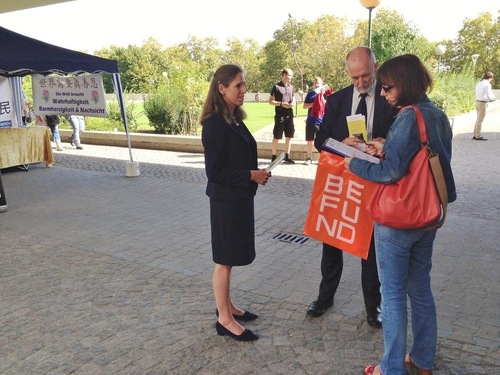 Many people heard for the first time about the Chinese Communist Party’s (CCP) persecution of Falun Gong, and the organ harvesting from living practitioners. Upon hearing the facts, most signed the petition condemning the persecution without hesitation. 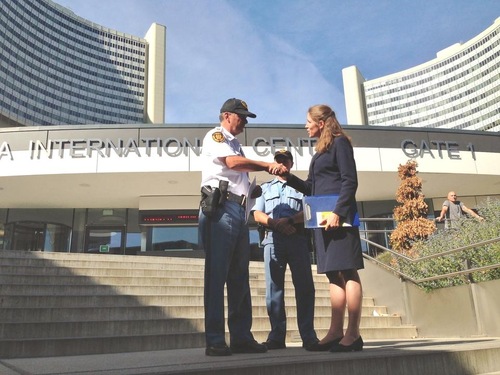 The UNOV security inspector on duty stated he would send the materials and petition to the UN headquarters in New York.

The information Katja gave the inspector included an open letter from Doctors Against Forced Organ Harvesting (DAFOH) to the UN Human Rights Commissioner in December 2014, appealing for an end of the CCP's atrocity, signatures from the DAFOH petition in German and English, and updated investigation report from DAFOH on the CCP's live organ harvesting.

Staff at UNOV: Such Crimes Must Stop 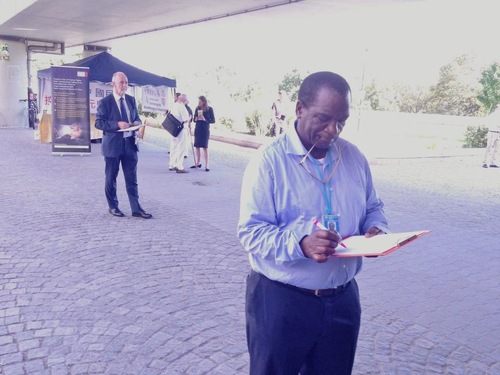 Mr. Sewkaei, who works at UNOV in human rights, saw the practitioners' event when he stepped out for lunch. He accepted a flyer upon hearing that the European Parliament had passed a resolution opposing the CCP's live organ harvesting. After listening to a practitioner explain the facts of the persecution, he agreed that the CCP's live organ harvesting is a crime against humanity, and signed the petition. 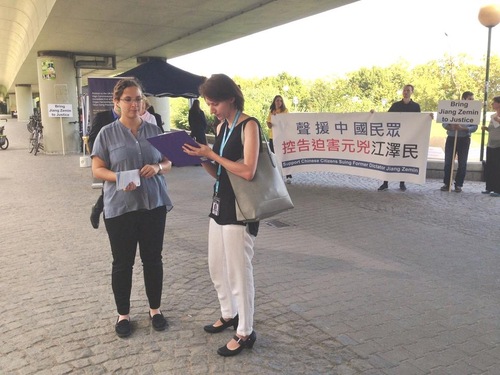 Ms. Katja from Russia works at UNOV, and signed the petition. She said, “It is my first time to hear about Falun Gong. As I am from a former communist country, I fully understand why the CCP persecutes Falun Gong.” She commended the practitioners' efforts in raising awareness of the persecution. 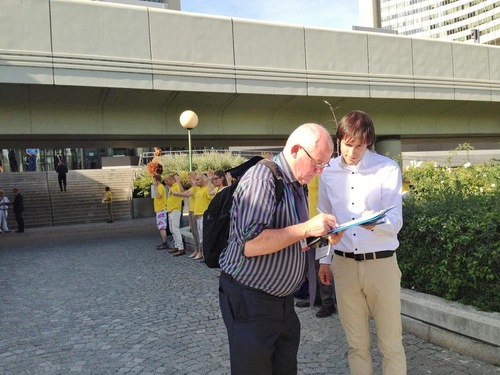 Mr. Holleran is from Ireland and works at the UNOV. He signed the petition condemning the CCP's live organ harvesting. He said, “Without a doubt, these people are a group of peaceful people. It is important to let others know about the persecution.”