(Minghui.org) Falun Gong practitioners from more than 30 European countries held an event on September 18 at Michaelerplatz in Vienna, Austria, calling for support for the lawsuits against former Chinese leader Jiang Zemin.

Since May, over 160,000 people inside and outside of China have filed criminal complaints against Jiang for launching and directing the persecution of Falun Gong. Practitioners passed out informational materials and collected signatures from tourists and other passers-by in front of the Michaelerkuppel, the presidential office building. 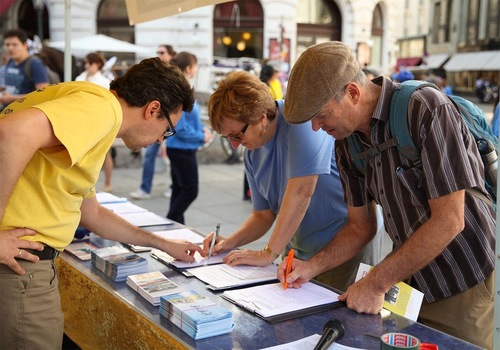 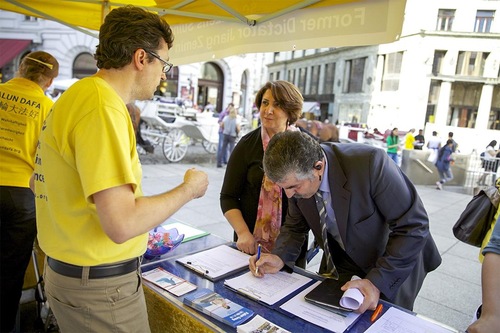 Signing the petition to support the lawsuits against Jiang. 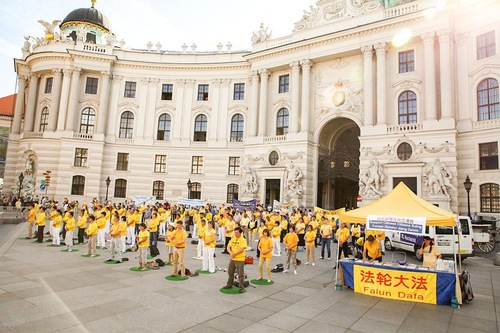 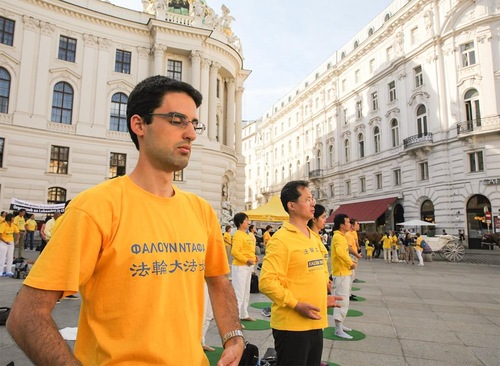 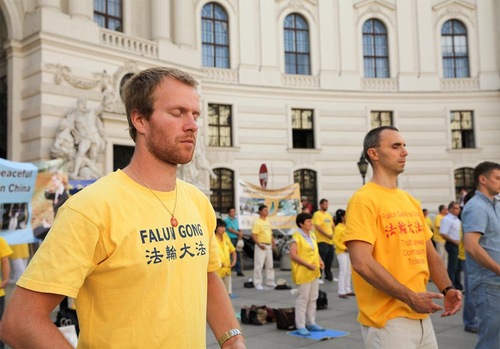 Karl Schilke, a retired college professor from Germany, signed the petition with his wife. While he has been concerned about human right violations in China, he did not know how severe the persecution of Falun Gong is. The couple were shocked when they learned about the state-sanctioned forced organ harvesting from imprisoned practitioners. 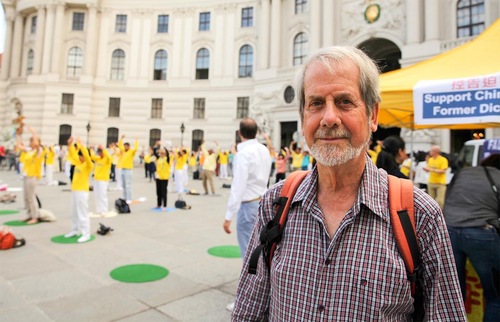 Mr. Karl Schilke encouraged practitioners to keep up the good job, and wished them success in their efforts to end the persecution

“Truthfulness, compassion, and forbearance are great,” said Mr. Schilke, then asked his wife to write down those three words, which he just heard from a Falun Gong practitioner. “The exercises look so peaceful and comfortable,” he added.

Hanneke Cüypers and Harrie Schumans from the Netherlands were glad to learn about the lawsuits. Hanneke believes that the lawsuits are good for humanity, because everybody should have freedom.

“I want to tell China that the persecution is horrible,” Harrie said after signing the petition. “What I just did is something that everybody should do.” 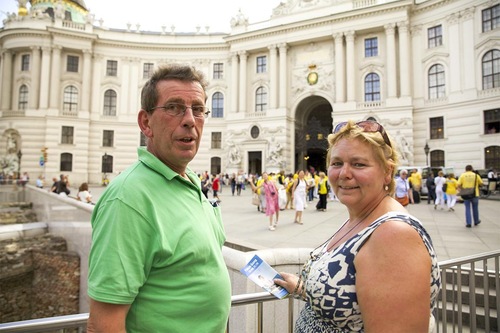 Hanneke Cüypers and Harrie Schumans from the Netherlands understood the importance of signing the petition.

Patrick Arthofer from Vienna started practicing Falun Gong one year ago. He was glad to take part in this event. “I want to tell more people about the persecution in China. I also want them to know that Jiang will be brought to justice soon,” he said. 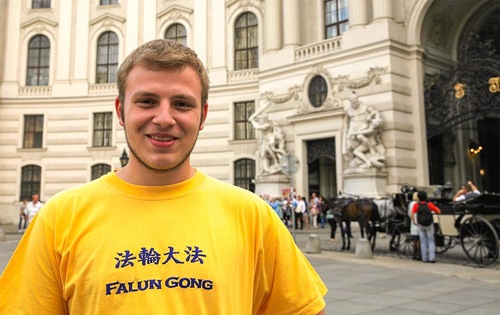 Patrick Arthofer from Vienna wants to tell more people about the persecution of Falun Gong.

Annette Dicarlo from Switzerland felt great doing exercises in a large group with so many practitioners from other countries. “The strong energy field at the exercise site makes me very comfortable,” she said.

As a Westerner, she is concerned about the persecution in China and the lawsuits against Jiang. “I came here today to tell people that what has been happening in China is relevant to everybody, because it [the persecution] is against humanity.” 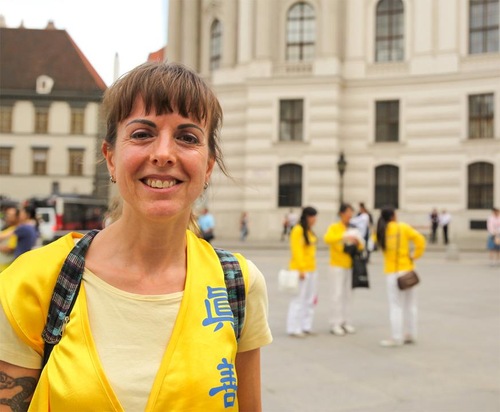 Annette Dicarlo from Switzerland hopes that the persecution will end soon.

Ms. Dicarlo started practicing Falun Gong four years ago. She said, “I'd been looking for the meaning of life. I found my path when I read the book Zhuan Falun. Truthfulness, Compassion, and Forbearance are the basic principles that one should follow.”

“Some Thoughts after Reading the Minghui Notice Regarding Suing Jiang”

“Snapshot of Falun Gong Practitioners Whose Copies of Lawsuits against Jiang Zemin Were Received by Minghui on September 10, 2015”