(Minghui.org) Falun Gong practitioners from Paris held a signature collection drive on Human Rights Square in front of the Eiffel Tower on August 2, 2015, to raise public awareness of the persecution of the practice in China. Practitioners also demonstrated the Falun Gong exercises.

Numerous tourists from around the world stopped by, took videos and photos, talked to practitioners, and signed the petition condemning the persecution. 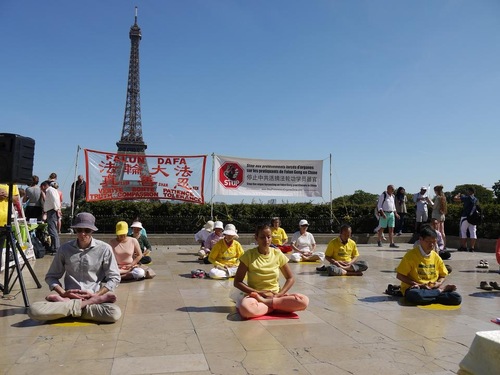 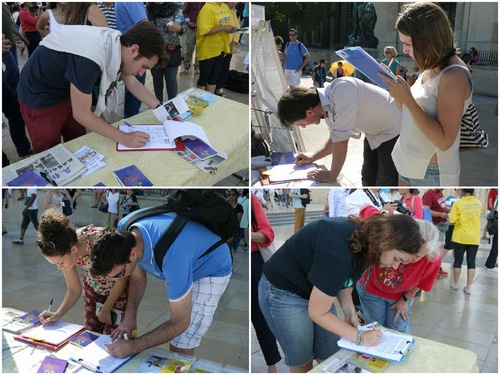 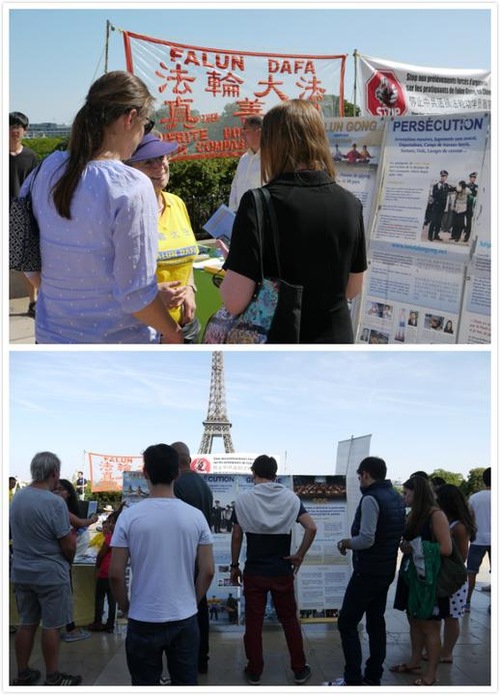 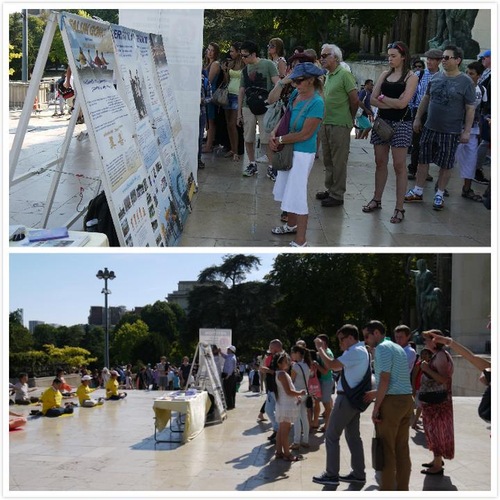 People view the materials that expose the facts of the persecution

Marc is a Christian. After talking to a practitioner about the persecution, he said that most former communist countries have already abandoned this ideology, but it is sad that people in China, such a large country, don't have freedom of belief and speech. He said that the persecution cannot last long, because God is watching and controlling everything.

After signing the petition, Marc told the practitioners that he would pray for them. “God bless you,” he said.

Many Chinese tourists also witnessed the activities. They took photos and videos of the display boards. Some also asked for Falun Gong materials. A few quit the Communist Party with the help of practitioners.

“Forum on Lawsuits Against Jiang Zemin Held in Sydney, Australia”