(Minghui.org) The Falun Dafa Club of Arizona State University participated in the Student Club Fair on campus in Tempe on Aug. 19, 2015. Many new students learned about Falun Dafa and showed interest in the Falun Dafa Club. 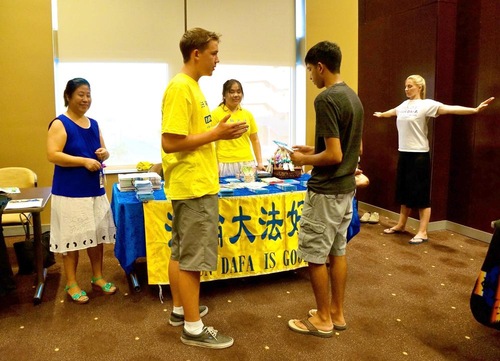 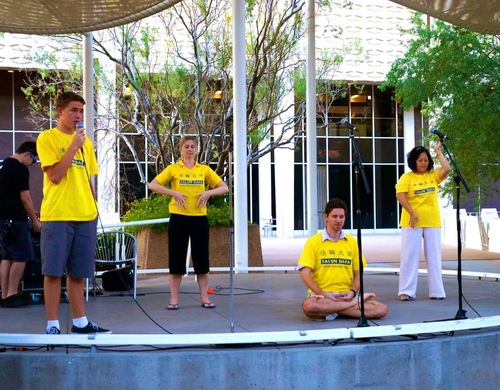 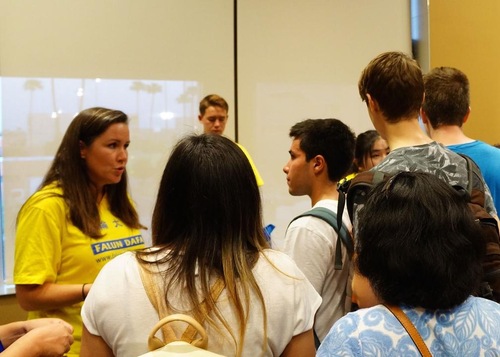 Quite a few international students from China watched practitioners' exercise demonstration and some said they were surprised to see Falun Dafa being practiced freely in the U.S., given the brutal persecution of the practice in China. More than twenty Chinese students decided to take a stance against the persecution by to renouncing their memberships in Chinese Communist Party organizations.

The practitioners held another exercise demonstration at a student club activity in the gym the same week. Many students learned the exercise movements during the demo.

Ms. Fan is a new Falun Dafa practitioner who participated in these activities. She said that when she lived in China she had been influenced by the Chinese Communist Party's propaganda and stayed away from the practice. After she came to the U.S., she learned the true story of Falun Dafa on campus and on the Internet. She became a supporter and informed her family and friends about the persecution. She eventually decided to practice Falun Dafa herself.