(Minghui.org) The 300th Anniversary Park in St. Petersburg, Russia welcomed thousands of visitors from different areas in Russia for the Family Festival on August 8. The event included art crafting, education and entertainment for children. Falun Gong practitioners in St. Petersburg participated by demonstrating group exercises and informing the public about the persecution in China. 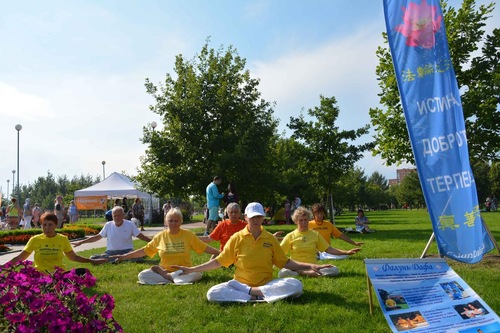 Group meditation at the Family Festival on August 8, 2015, at the 300th Anniversary Park in St. Petersburg, Russia 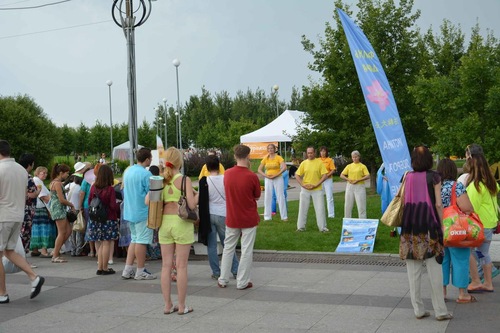 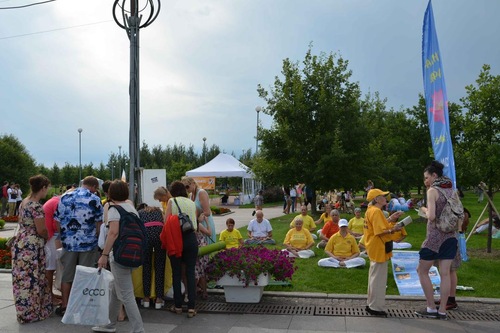 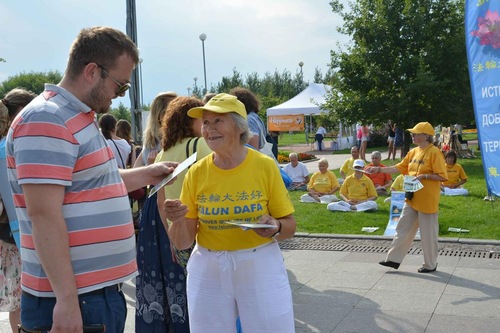 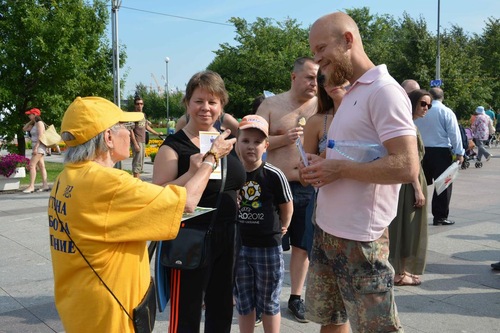 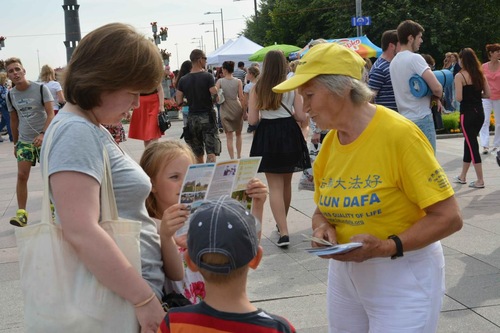 Some visitors were new to Falun Gong, while some said that they had heard of the practice. A local TV station captured the footage of practitioners' group exercise demonstration and aired it in the evening news.

“Snapshot of Falun Gong Practitioners Whose Copies of Lawsuits Against Jiang Zemin Were Received by Minghui on August 6, 2015”