(Minghui.org) British Falun Gong practitioners held activities in front of Parliament and the Office of the Prime Minister on July 15 and 16, 2015, to tell people about the Chinese Communist Party's (CCP) persecution of Falun Gong. Several Parliament members attended the activities or sent letters of support.

Large banners reading “The World Needs Truthfulness, Compassion, Tolerance” and “Falun Dafa Is Great” and photos of people who died as a result of the persecution were on display. Many people stopped to learn more and signed a petition calling for the persecution to end. 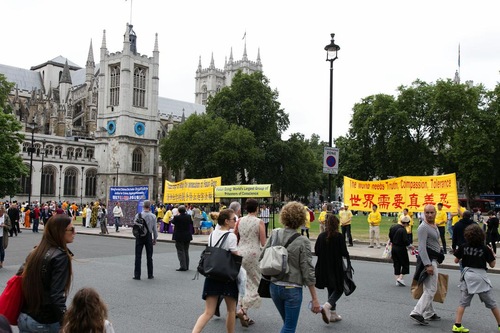 British Falun Gong practitioners in front of the Houses of Parliament on July 15 to decry the CCP persecution of Falun Gong. 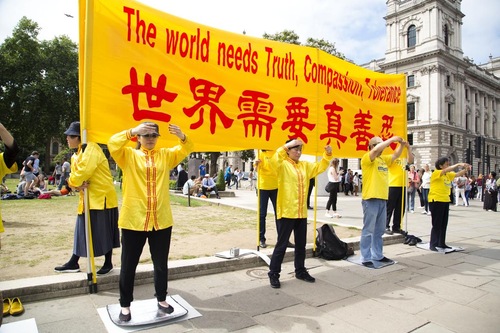 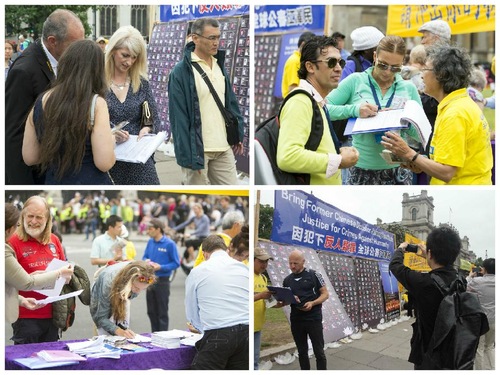 Many people stop to learn more and sign a petition to end the persecution. 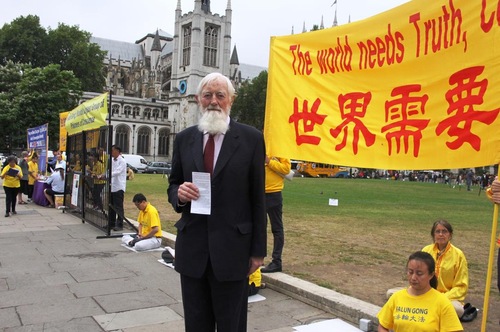 Lord Hylton attended the activities on July 15. He said, “For a long time, I have been concerned about human rights in China. You are right on demanding those responsible for terrible abuses to be prosecuted and brought to justice. My best wishes!” 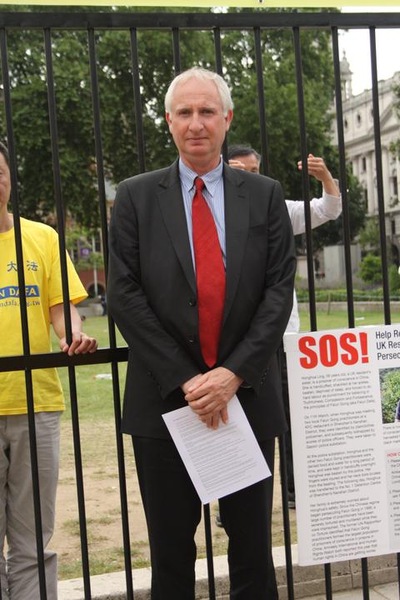 Daniel Zeichner, MP for Cambridge, said, “I'm very concerned about what's going on. From what I heard, the persecution is ongoing. Especially the abuse of organs--deeply troubling.” 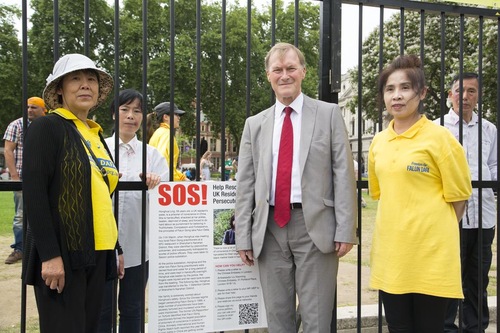 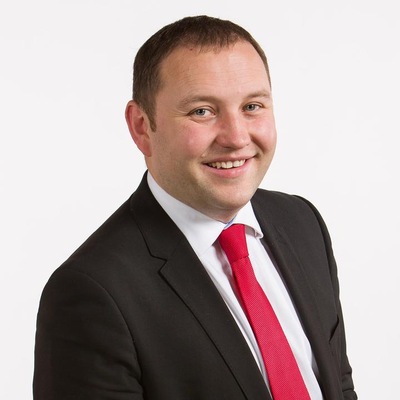 Ian Murray, Labor Member of Parliament for Edinburgh South, wrote in a letter of support: “We should stand together and confront persecution wherever we find it. Tolerance and respect are the pillars of a civilized and mature society. People should not be persecuted for practicing what they believe in. I hope today's gathering sends out a clear message of solidarity coupled with the hope that things can be better in the future for all who choose to practice Falun Gong.” 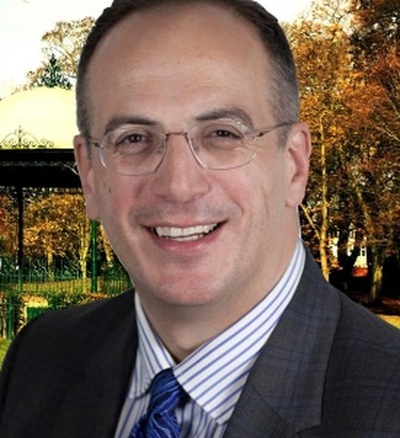 Michael Ellis, MP for Northampton North, wrote, “I am sorry that I am unable to join you today at this rally. The freedom of people around the world to be able to practice their beliefs is important and is a human right that should be respected by all Governments around the world. The reported persecution of practitioners of Falun Gong in China is extremely troubling and I hope that amends can be made soon. I know that the UK Government often raise the issue of Human Rights with their Chinese counterparts and that this Government strongly supports the rights of all to practice their beliefs wherever they live.” 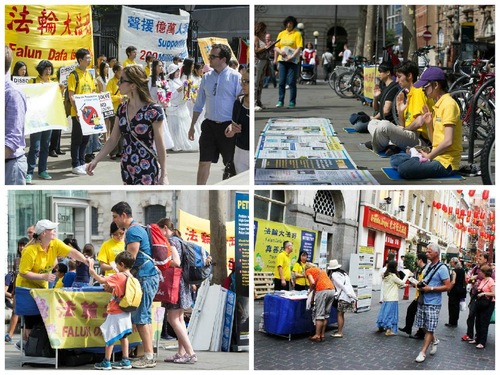 British Falun Gong practitioners on July 18, 2015, calling for an end to the persecution in China.

On Saturday, July 18, about one hundred practitioners gathered in front of the Chinese Embassy in London. They paraded through the downtown area, Chinatown, and past the Office of the Prime Minister. They held pictures of persecution victims and banners about quitting the CCP. They delivered a petition to the Office of the Prime Minister with signatures collected from the public, calling for an end to the persecution.

Practitioners held activities in front of the Office of the Prime Minister, Chinatown, and Saint Martin in the Fields in Trafalgar Square that afternoon. Tourists from all over the world learned about the persecution in China and condemned the brutality against innocent Falun Gong practitioners.