(Minghui.org) Ms. Li Guiyue from Yilan County was arrested on May 16, 2015. Her elderly mother and nieces went to the Dongfeng Police Department and the Nanwei Police Station seven times and five times respectively, to inquire about her situation. They were sworn at, threatened, pushed around, and video taped by the officers.

Shocked by their treatment, one of her nieces asked, “Are they police officers or rogues?” 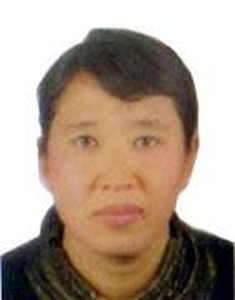 Ms. Li's elderly mother went to the Nanwei Police Station to inquire about her daughter on May 25, 26, and 27. The political instructor met with her, while another officer video taped them.

When she asked the officer why he was recording her, he said that they had a surveillance camera outside but not inside, and needed to record the meeting. She told him that if he had any bad intentions, she would tell everyone. He then stopped recording.

Ms. Li's mother went to the Dongfeng Police Department on June 1 and 2, but was stopped at the entrance. She managed to enter the building on June 3, but was then stopped by five officers. A police officer with badge number 052095 pushed her out of the building.

Ms. Li's two nieces went to the Dongfeng Police Department in April. When the officers heard that the visit was related to a Falun Gong case, a few of the officers swore at them, while others pushed them out of the building.

They then went to the Discipline Office, where a police officer with badge number 052662 yelled at them and threatened to beat them.

After Ms. Li's family hired a lawyer, they found out that she had been transferred to a detention center, and Yang Haitao from the Dongfeng Police Department was in charge of the case.