Engineer and a Man in His 70s Wrongfully Sentenced to 3.5 Years in Prison

(Minghui.org) Two Falun Gong practitioners were illegally sentenced at the Tai'an County Court in Anshan City on May 29, 2015. They were both sentenced to three and a half years in prison.

The practitioners are Mr. Li Mingzhe, a senior engineer, and Mr. Wang Yingjie, 75.

Twelve family members and friends of the two practitioners attended the trial. Their identification cards were taken, and they were repeatedly body searched. This was on the first floor, at the courtroom entrance on the second floor, and even after using the restroom and before reentering the courtroom.

The police confiscated Mr. Li's lawyer's phone before the trial. 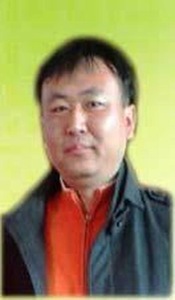 Mr. Li appeared to be in pain and had to lean on a chair to support himself during the trial. When the bailiff told him not to lean on the chair, Mr. Li took this opportunity to tell the court that he had been tortured during interrogation, which included being tied to a tiger bench and sleep deprivation.

Mr. Li refused to acknowledge the so-called “evidence” presented by the prosecutor and challenged the truthfulness of the statements given by the police. He also told the court that the police broke into his house and ransacked it without identifying themselves.

The prosecutor repeatedly interrupted Mr. Li's defense, as he tried to explain that no one helped him produce over 1,000 Falun Gong informational materials and that he produced them to help people understand the facts about Falun Gong. He asked the prosecutor and the judges to read the materials.

Hu Guiyun, Mr. Li's lawyer, entered a plea of not guilty on behalf of her client. She handed in her written defense statement and pointed out that her client broke no law. She added that the regulations of the Ministry of Civil Affairs of the People's Republic of China are not the law.

Mr. Wang did not hire a lawyer. He defended himself and pleaded not guilty.

Mr. Wang was reported to the authorities for distributing Falun Gong informational materials at a market. He was arrested by half a dozen plainclothes officers, who did not identify themselves.

He was tortured in the police station, which resulted in the injury of his ear. The judges had to repeat their questions a few times as he could hear them.

“A Practitioner's Master Will Look After His Disciples”