Ride to Freedom Raises Awareness of the Persecution and Wins Support During 3,000 Mile Journey

(Minghui.org) “They have just concluded their bike journey. They undertook such a long trip. It’s just unimaginable and breathtaking. It really brings the attention to the cause and the suffering that Falun Gong practitioners have to bear.” said Ipsa, a teacher from Virginia, about the young Ride to Freedom riders when she attended the concert in front of the Lincoln Memorial on July 17, 2015.

The young riders started in Los Angeles on June 1, rode 3000 miles, crossing 13 states, and arrived in Washington DC. Their story touched many of the people attending the concert held at the Lincoln Memorial. 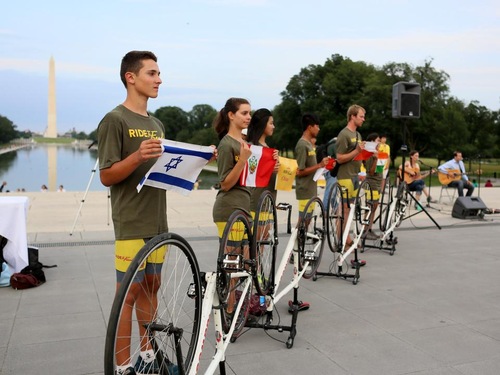 Young riders at the concert in front of the Lincoln Memorial.

Falun Gong practitioners held a concert to raise awareness of the persecution. The young riders participated in the event. 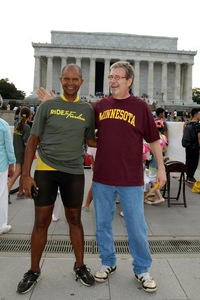 Ron Mason has known Keith, the coordinator of Ride to Freedom, for many years. He said he knew about the persecution of Falun Gong in China. The ride deeply impressed him, he said, “It’s quite an undertaking. I used to live in California. I know the distance. It’s a long drive by car. I can't imagine doing it on bikes.”

“I saw the House introduced a resolution against organ harvesting of Falun Gong practitioners. I hope this makes it visible for the world to see,” he added. 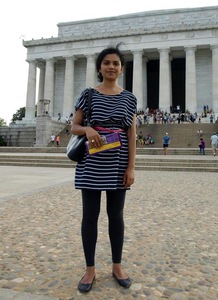 Ipsa Mishra said of the persecution, “It’s abominable. It needs to stop.” 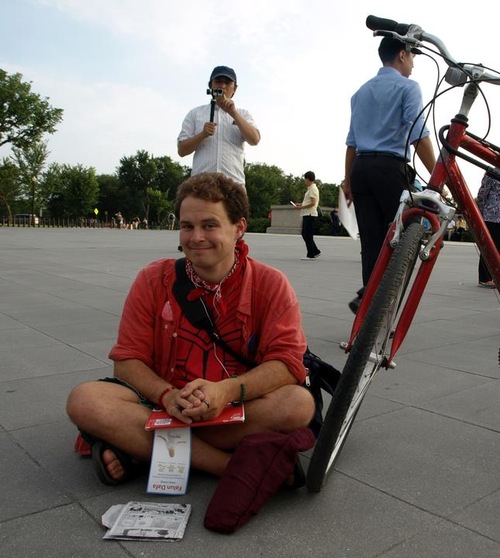 William Craig from Washington DC said, “I have heard about the persecution of Falun Gong. It’s something that I feel very deeply about.”

“As an amateur cyclist myself, I would like to say that I’m with them in spirit very much,” he said of the riders.

Deeply moved by the concert, he said, “The performance is magical. Just the fact that we are able to hear these songs that have been sung in these prisons and from people who have gone through the Chinese torture system is remarkable. It is as if we are reaching out and touching them in a small way, though they are millions of miles away.” 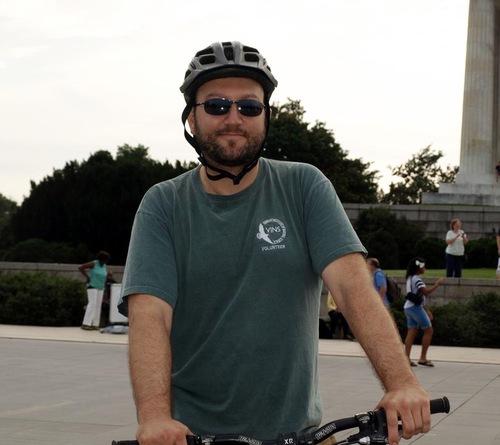 Jeffrey Robinson is a cancer researcher at a DC university. He said, “I think it's a good idea because riding from coast to coast is a big accomplishment for bikers. It's great that they ride for the cause of freedom to bring people together.

“I know Falun Gong has been persecuted in China. Over the years, I have heard periodically in the news that they are imprisoned.”

Help from a Ranger and Police Officers

The riders told him about their mission and about the persecution of Falun Gong in China. The man was moved and said he felt sorry for practitioners. He said, “I am the ranger here. I can help you. Follow me.” He brought the riders to the campsite for large groups and opened the gate.

He told them, “You can stay here free tonight. Take it as help from me as a federal government representative.” He also brought the riders firewood.

On their way to Salt Lake City, Utah the riders met a police officer. The officer suggested they take highway 15 instead of navigating the twists and turns of the local road. He said they needed to take exit 112 on HW15 and he would escort them to exit 84.

He offered them food and soft drinks. The riders explained about the persecution of Falun Gong to him and his family. The officer and his family had a group photo with the riders to support their effort to rescue the orphans.

“It is Important to Cooperate Together While Suing Jiang Zemin”