“Ride to Freedom” Wins Support from U.S. Senators and Representatives

(Minghui.org) The young cyclists of Ride to Freedom, with a mission to raise awareness for and rescue five orphans in China, completed their trip across the U.S. and arrived in Washington D.C. on July 16, 2015. These orphans' parents were tortured to death because they practiced Falun Gong, a spiritual practice persecuted by the Chinese communist regime.

On June 1, the 25 riders began their 3000-mile journey in Los Angeles. They would cross 13 states before arriving in the U.S. Capital, where political leaders commended them for their courage and compassion. 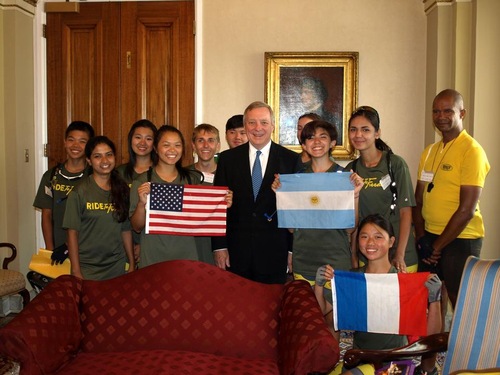 Senator Richard Durbin meet with the young riders in his office in the United States Capitol on the afternoon of July 16, 2015.

Senator Richard Durbin is Chairman of the Senate Biking Caucus. Biking is one of his hobbies. He welcomed the young riders to his hometown of Springfield, Virginia. Senator Durbin first called the attention of other senators immediately after the persecution in China began in 1999. 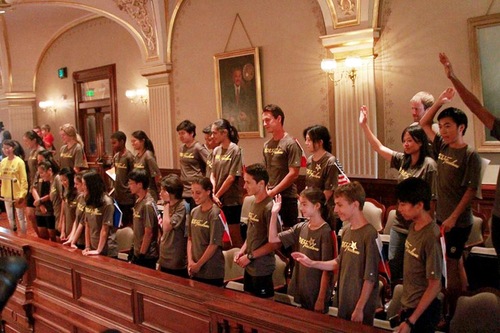 Young riders were invited to audit the House meeting of the Illinois State General Assembly on July 1, 2015. The “Ride to Freedom” was formally introduced in the meeting. 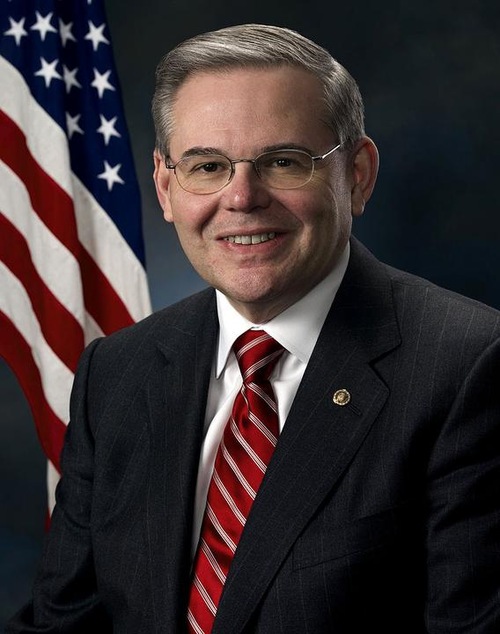 Senator Robert Menendez of New Jersey is a senior member of the United States Senate Committee on Foreign Relations. He wrote to the young riders, “the horrific and relentless persecution of the millions of Falun Gong practitioners in China, which has stripped them of their most basic human rights, and even left the children of Falun Gong adherents subject to harassment and abuse. This continued persecution is intolerable and must be stopped immediately. I have long been proud to stand up on behalf of Falun Gong practitioners.” 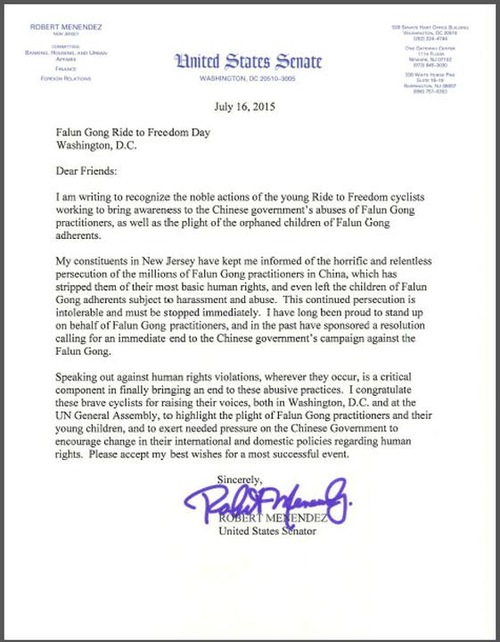 Letter of support from Senator Robert Menendez to the young riders.

He praised the riders' courage and said that the United States and the United Nations need to to exert pressure on the Chinese communist regime to stop the persecution. 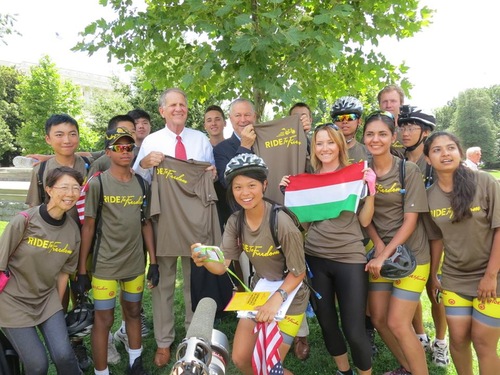 Rep. Dana Rohrabacher (middle right) of California and Rep. Ted Poe of Texas (middle left) pose for a group photo with some of the young riders on the west lawn of the U.S. Capitol on July 16, 2015. 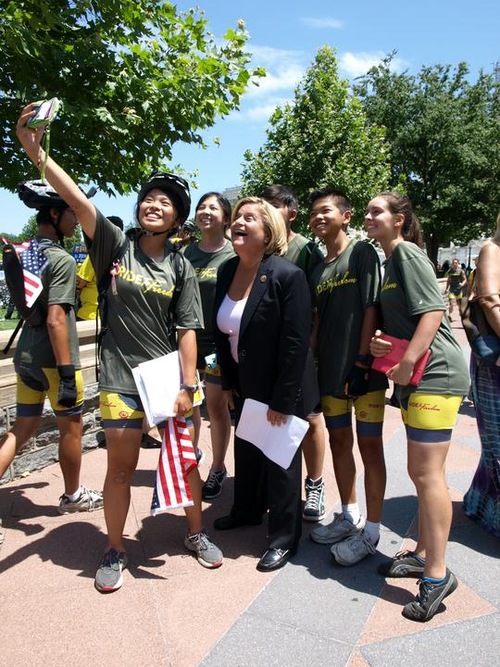 Rep. Ileana Ros-Lehtinen of Florida joins a group photo with the young riders on the west lawn of the U.S. Capitol on July 16, 2015. 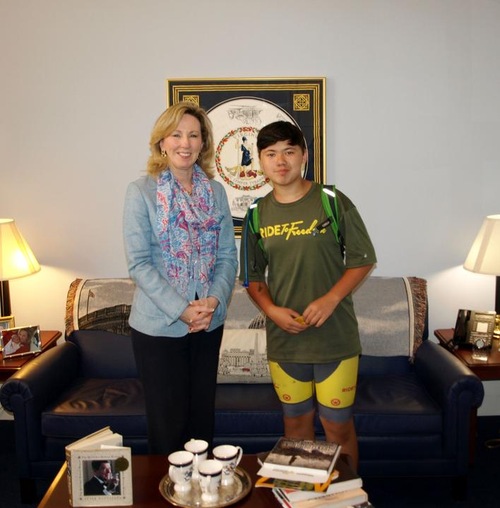 Rep. Barbara Comstock of Virginia met with 13-year-old Chunjing Neumann in her office on the afternoon of July 16. She congratulated him on completing the biking trip. Chunjing is from her district.

“A New Practitioner: “Only Dafa and Master Direct Our Cultivation””