(Minghui.org) Falun Gong practitioners from Ankara, the capital of Turkey held a series of activities on July 12 and 13, protesting the 16-year long persecution in China, and calling for help to end it. They also demonstrated the Falun Gong exercises and introduced this ancient Chinese cultivation practice to the public. 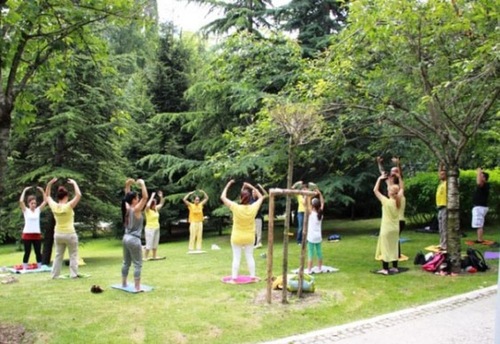 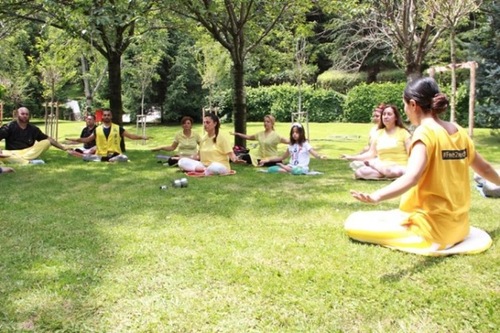 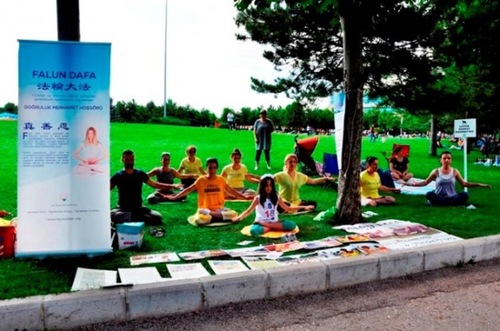 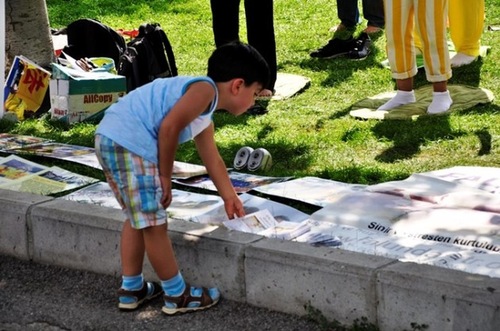 A child is taking practitioners' flyer.

On July 12, practitioners demonstrated exercises at Park Dikmen Vadisi and Park Ahlatlibel Piknik, and passed out materials. Many people were interested, and some of them learned the exercises. 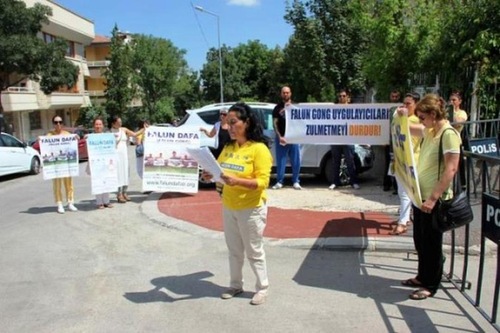 Reading the protesting letter in front of the Chinese embassy

In the morning of the 13th, practitioners held protest in front of the Chinese embassy. They opened banners that read “Falun Dafa is good” and “Stop the persecution of Falun Gong” in both Chinese and Turkish.

After the protest, practitioners went to Kugulu Park. They demonstrated exercises and passed out materials. 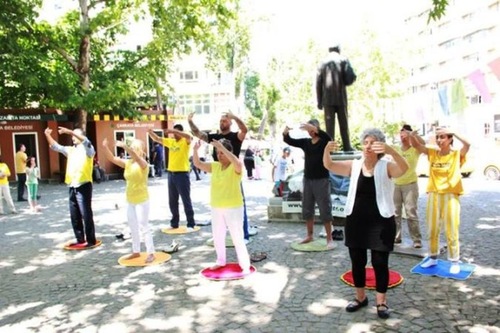