Held in Busan, South Korea's second largest city, the Busan Port Festival has been an annual event since 2008. The festival highlights one of the five top ports in the world, Busan Port, and has become a world-class port festival. 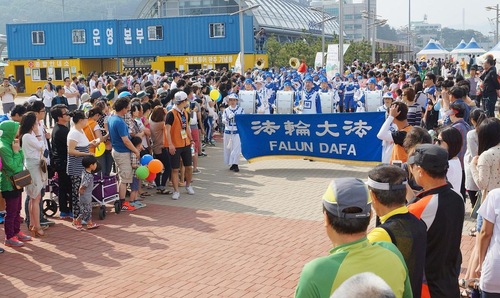 The Divine Land Marching Band gets ready for the Busan Port Festival parade. 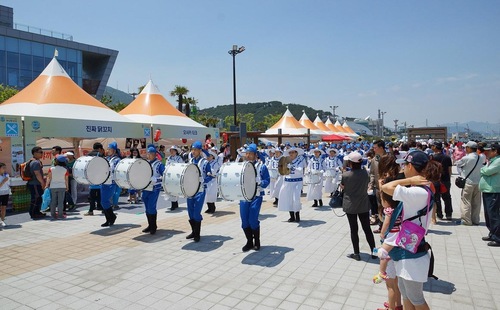 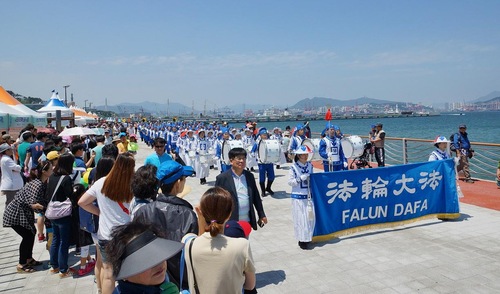 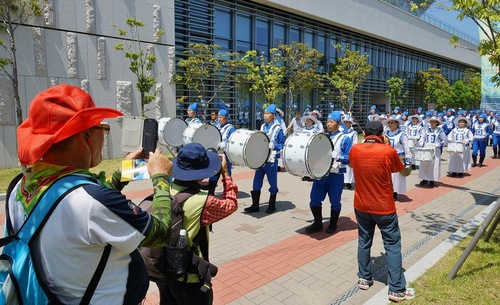 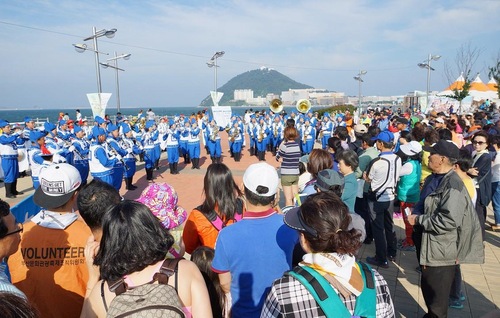 The Divine Land Marching Band gives additional performances for the crowd after the parade.

As the only band in the parade, the Divine Land Marching Band's blue and white Tang Dynasty-style costumes added unique cultural flair.

After the parade, the band gave an additional performance on the stage in front of the port building. Their performance of songs about Falun Gong and also Korean folk music won enthusiastic applause and calls for an encore.

During the parade and stage performance, several Falun Gong practitioners distributed flyers about Falun Gong to spectators, who seemed eager to learn more about the ancient Chinese meditation practice.