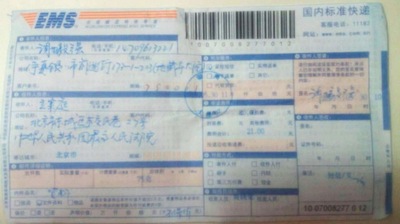 The criminal complaint charged Jiang with the crimes of torture, deprivation of freedom of religious belief, and false imprisonment.

Mr. Xie, 51, was given three years of forced labor in 2001 for refusing to give up his belief. He was arrested again four years after being released from the labor camp, and soon sentenced to a four-year prison term. When he was finally released in late 2012, he returned home with a badly tortured body, and memories of endless beatings and constant verbal abuse by prison guards.

Details are available in the article: Mr. Xie Yiqiang Imprisoned for Seven Years, Elderly Mother Denied Right to See Him before She Passed Away.