(Minghui.org) "We cherish such an opportunity to express our freedom of belief and display Canada's values," said Ms. Lynne Quarmby, the Green Party candidate in the upcoming federal election. She was commenting on the positive energy surrounding the annual Hats Off Day parade, held on June 6, 2015 in the Burnaby Heights area in the suburbs of Vancouver.

Ms. Quarmby said she was particularly impressed by the Falun Dafa entry and that it is important that, in Canada, Dafa practitioners can demonstrate their beliefs without fear of interference. This is in contrast to China, where the peaceful meditation practice has been persecuted by the communist regime for the past 16 years.

Hats Off Day is when Barnaby Height's merchants “take their hats off” to their community and their customers, and the entire community joins in the festivities.

Falun Dafa practitioners were among 80 entries in the parade, which is the first of many activities that take place during Burnaby's largest summer street festival. Organizers said that about 50,000 festivalgoers turned out for the parade this year. 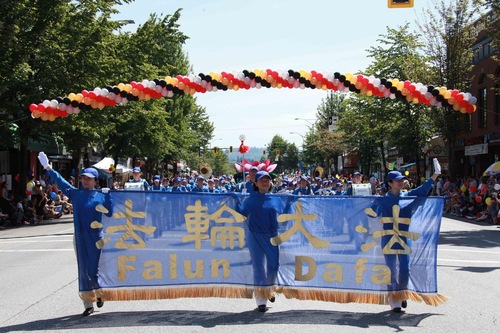 The Divine Land Marching Band at the Hats Off Day parade in Burnaby, on June 6, 2015 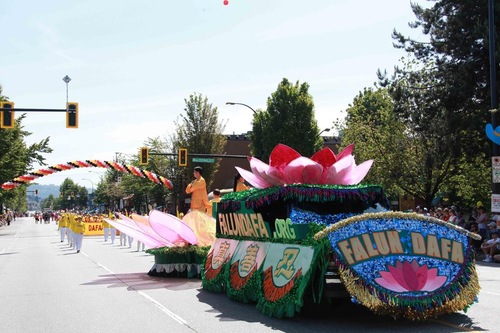 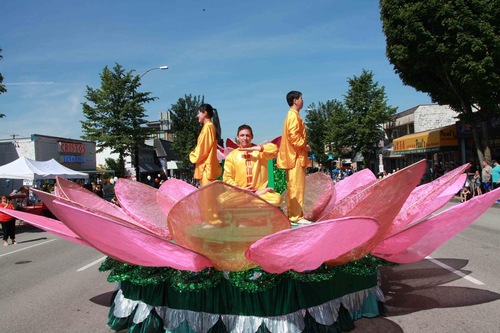 Practitioners demonstrate the Falun Dafa exercises on a float. 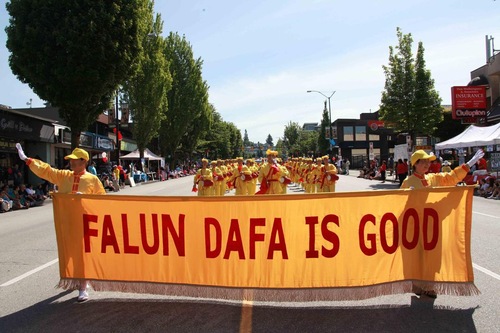 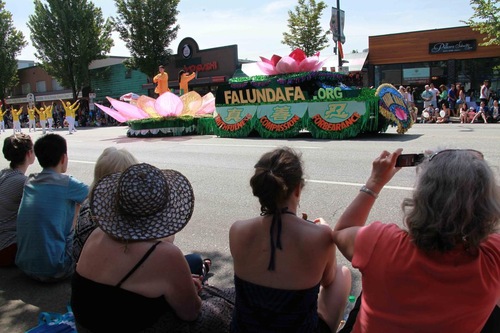 Practitioners demonstrate the Falun Dafa exercises behind their float. 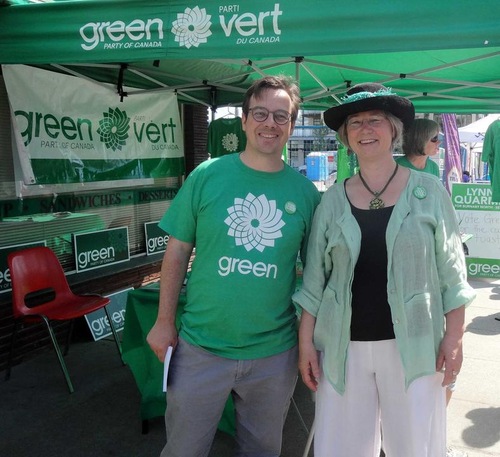 Mr. Tyler Russell, executive director of the Vancouver International Center for Contemporary Asian Art, said that the participation by Dafa practitioners is of special importance, because the practice is persecuted in China. He also said that it is very important for Canada that Falun Dafa practitioners here be able to freely practice and display their beliefs.

Parade spectator Mr. Wilson Perison was struck by the beauty of the Falun Dafa entry, especially the music and costumes. He said that practitioners' participation in the parade embodies Canada's democratic values.

“David Kilgour: Jiang Zemin “Should Be the First to Be Indicted””