Romania: Telling the Public About the Persecution of Falun Gong

(Minghui.org) Practitioners of Falun Gong from Bucharest, Romania, held an activity in front of Cotroceni Afi Pallace Mall on May 3, introducing this ancient practice to the public, and exposing the 16-year-long persecution in China.

A steady stream of passersby stopped to sign a petition addressed to the UN Commissioner for Human Rights, which called for an end to the persecution and the communist regime's brutal organ harvesting crimes against Falun Gong. 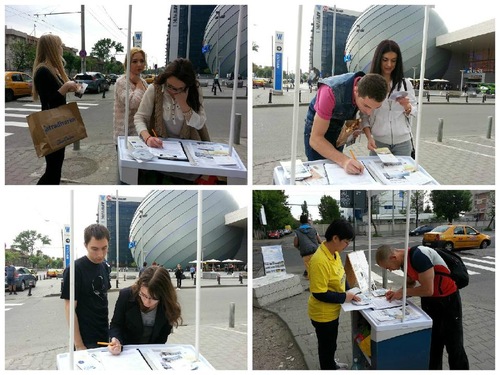 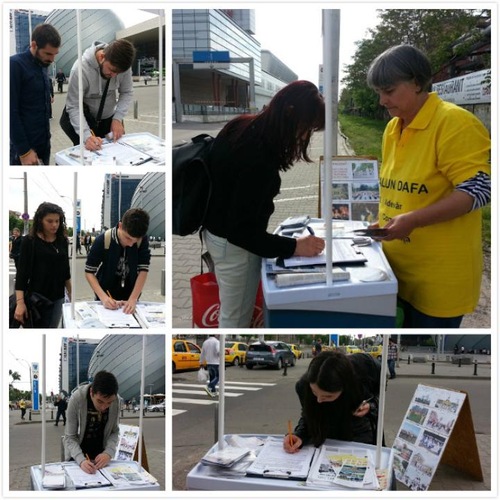 Many people said that they had heard about the persecution during previous public events held by practitioners in Bucharest. Several said they were interested in learning the exercises.

“A Display of Goodwill on Dam Square in the Netherlands”