(Minghui.org) Legal and medical professionals shared their findings regarding organ harvesting of prisoners of conscience in China at the “Transplantation and Human Rights” forum in Bern, Switzerland, on April 16.

Forum participants pledged to help end the crime by continuing to increase international pressure on the Chinese regime and by using legal means outside of China to deter Chinese officials from participating in the atrocities.

According to the organizer, IGFM (Internationale Gesellschaft für Menschenrechte – International Society for Human Rights), the purpose of the forum was to raise public awareness and offer a global platform for experts to discuss, identify, and execute solutions to put an end to this crime against humanity.

Former Canadian diplomat David Kilgour and human rights lawyer David Matas presented their investigations and concluded that from 2000 to 2005, at least 41,500 organs were harvested from Falun Gong practitioners – a peaceful spiritual group that has been brutally persecuted in China for the past 16 years.

Mr. Kilgour and Mr. Matas began their investigations in 2006, as soon as the news of live organ harvesting broke. At that time, the wife of a surgeon involved in harvesting Falun Gong practitioners' organs had come forward and publicly exposed the crime, in Washington, DC. 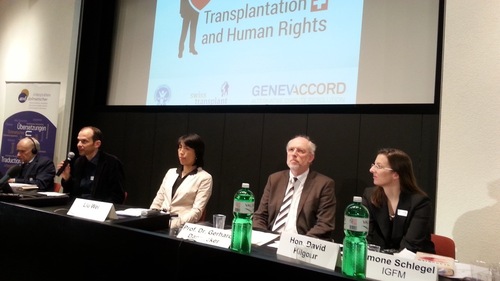 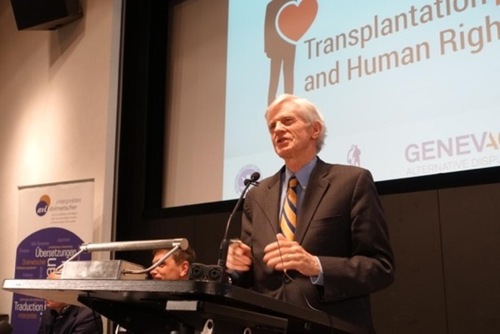 Mr. David Kilgour speaks at the “Transplantation and Human Rights” forum in Bern, Switzerland. (Photo courtesy of the Switzerland Chapter of IGFM)

Mr. Kilgour presented the status of worldwide efforts to bring about an end to China's forced organ harvesting, including the 2013 EU resolution, the 2014 motion of the Canadian Parliament, and the more than two million signatures collected over the past three years on a global petition calling for an investigation by the United Nations.

Based on his nine years of work on the subject, Mr. Kilgour said that the efforts to stop the crime are approaching a critical point, where exponential results could completely end it at any time.

Swisstransplant: We Must End this “Disaster of Humanity” 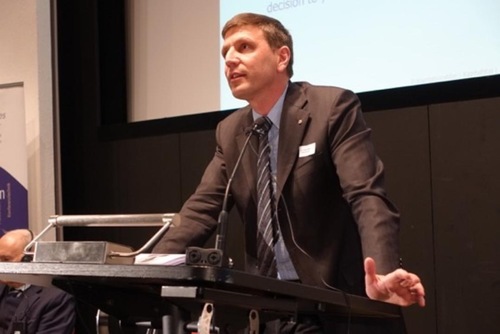 Calling China's forced organ harvesting crimes a “disaster of humanity,” Mr. Franz Immer, Cardiovascular Surgeon and CEO of Swisstransplant, the Swiss National Foundation for Organ Donation and Transplantation, said that the foundation has been working with the European Parliament and the World Health Organization (WHO) over the past six years to stop it.

“During my visit to Beijing in 2007, a hospital invited us to watch a heart transplantation operation. The organizer asked us whether we would like to have the operation in the morning or in the afternoon,” Mr. Immer explained.

“This means that the donor would die, or be killed, at a specified time, at the convenience of the visitors. I refused to participate,” he added. 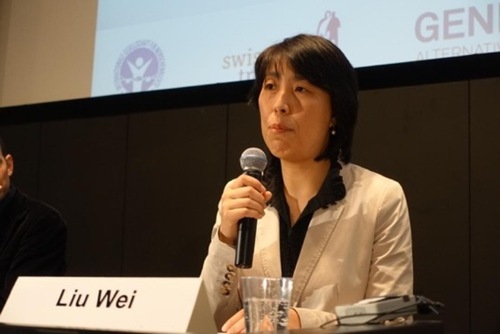 Falun Gong practitioner Liu Wei's experience at Beijing Women's Labor Camp correlates with Mr. Matas and Mr. Kilgour's findings. During the one-and-a-half years of her incarceration there, she was subjected to five physical examinations, which included blood tests, ultrasound scan of organs, and questions about genetic diseases in her family.

Ms. Liu was puzzled. “Obviously the guards at the labor camp were not so concerned about our health as we were put through over 16 hours of forced labor every day,” she noted.

After she escaped to Germany, Ms. Liu learned about the organ harvesting of Falun Gong practitioners, who make up the majority of prisoners of conscience in China. She said that she knew then that the purpose of all those physical examinations had to be for organ transplant purposes. 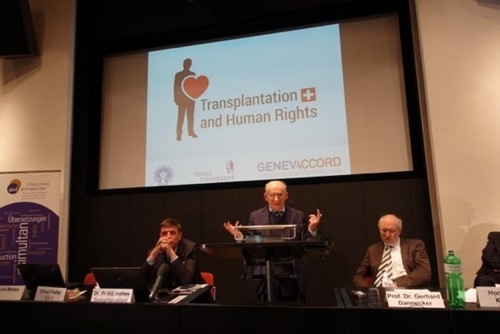 Mr. Matas stated that the Chinese regime's explanations of organ sources for transplantation surgeries have changed many times over the past decade. Although the gap between total transplants and voluntary donations has always been huge, Huang Jiefu, former Chinese Minister of Health, on behalf of the Chinese Communist Party (CCP), formerly denied the use of organs from death row prisoners.

Yet the gap between the number of death row prisoners and the total number of transplants is still unexplained. Based on nine years of ongoing investigations, Messrs. Matas and Kilgour conclude that the vast majority can only be from Falun Gong prisoners of conscience. The quick rise in transplant surgeries correlates with the persecution of Falun Gong, when hundreds of thousands of practitioners were arrested and thrown into detention centers, prisons, and forced labor camps.

Mr. Matas pointed out that Chinese liver transplant statistics stopped being made public after he and Mr. Kilgour quoted them in their reports. The statistics are now only available after a password login.

Nine national level and eleven provincial level military hospitals are credited for the majority of all recent organ transplants. The major role of military hospitals in organ harvesting is another key fact that the Party has since been trying to cover up, according to Mr. Matas. 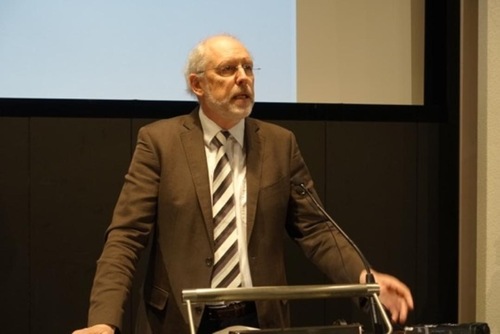 Law professor Gerhard Dannecker, director of the Institute for German, European and International Criminal Law and Criminal Procedure Law at the University of Heidelberg (Photo courtesy of the Switzerland Chapter of IGFM)

Professor Gerhard Dannecker, director of the Institute for German, European and International Criminal Law and Criminal Procedure Law at the University of Heidelberg, presented the jurisdiction and application of criminal laws against the illicit organ trade.

He said that if a Chinese Communist Party official involved in organ harvesting enters Germany and if a victim of crimes related to organ harvesting is a German citizen, criminal charges can be brought against the official. Even if the official claims diplomatic immunity, the lawsuit would serve as a deterrent to those who are still participating in these crimes.

Swiss Member of Parliament Margrit Kessler, president of the Swiss Patients' Association, said that the forced organ harvesting was an “absolute disaster.” She said that she would keep raising the issue among politicians.

In addition to this forum, IGFM also plans to establish an expert committee to further raise awareness of the issue.