(Minghui.org) Authorities at the Bamiantong Detention Center are unlawfully holding two men for their belief in Falun Gong despite the fact that the court has not accepted the case against them.

Mr. Zheng Guanglin and Mr. Li Yongsheng from Muling City of Heilongjiang Province have been illegally detained for nearly two months since their arrest at Mr. Li's home on March 16, 2015.

That afternoon, officers from the Muling City No. 1 Police Station and Domestic Security Division broke into Mr. Li’s home and arrested Mr. Li and his mother, as well as Mr. Zheng Guanglin and 69-year-old Mr. Zhang Yaobin, who happened to be visiting at the time. The police confiscated computers, printers, other personal belongings, and cash.

The detention center refused to admit Mr. Li's mother, as she did not pass the physical exam. The police released her, but not before extorting 5,000 yuan from her family. The authorities continue to harass her and her family.

The police extorted over 3,000 yuan from Mr. Zhang Yaobin. They released him the next day after his blood pressure rose so high that he lost consciousness multiple times.

The police also confiscated 1,200 yuan in cash from Mr. Zheng Guanglin, and took his car as well, claiming that the money was used for Falun Gong activities and that his car was a tool for “criminal conduct.”

Mr. Zheng later told his lawyer that he was punched and kicked by police while being arrested. The perpetrators also took him to a restroom where there was no surveillance and interrogated him under torture. 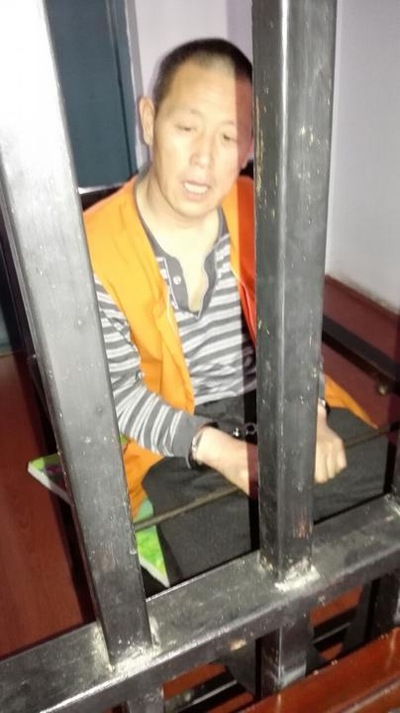 According to the court, Mr. Zheng's case had been rejected and returned to the police station, but the police refuse to release him.

Mr. Zheng is the sole bread-winner in his family, supporting his son, a university student, and his wife, who is seriously ill.

Mr. Li Yongsheng, 44, is a paraplegic. He used to suffer from multiple illnesses, which soon disappeared after he started practicing Falun Gong. The practice also lifted him out of depression, giving him a positive outlook on life. “I would have died long ago if it had not been for Falun Dafa,” he often says to people. Sadly, he has suffered repeated arrests and mistreatment for his faith.